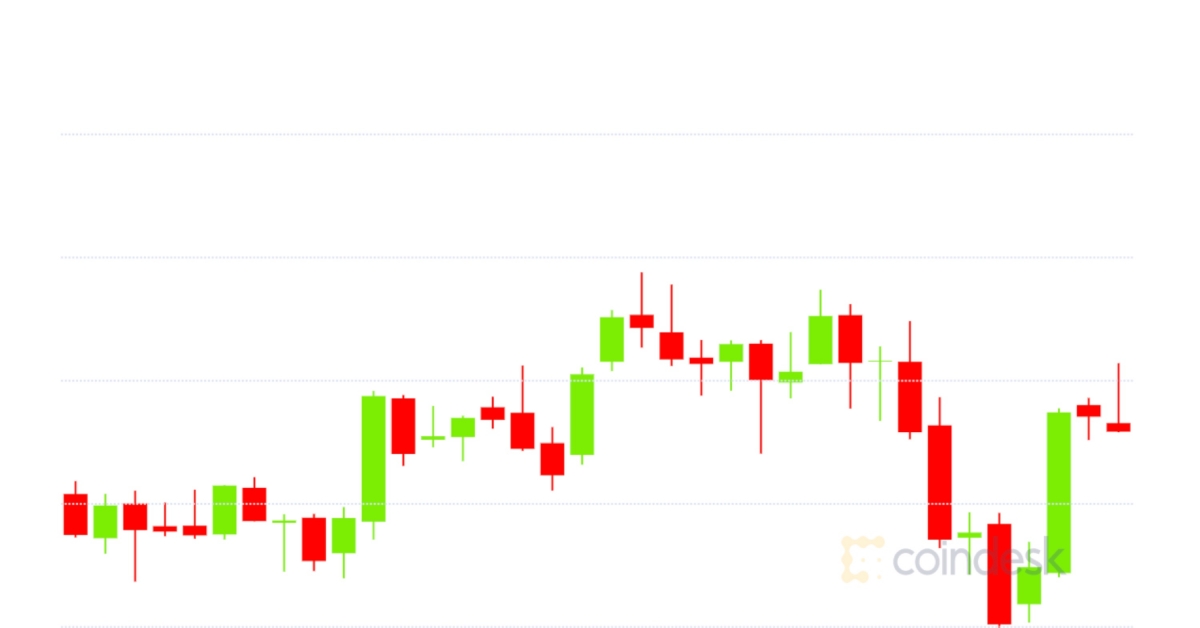 As bitcoin struggles to hold the $10,700 price range Uniswap’s September volume set records but appears to be declining.

Bitcoin’s price dropped a couple of hundred dollars as a spate of selling took the world’s oldest cryptocurrency to as low as $10,621 on spot exchanges such as Coinbase, recovering to $10,757 as of press time.

Katie Stockton, analyst for Fairlead Strategies, says cryptocurrencies like bitcoin are affected by traditional markets, particularly equities, which are considered “risk-off” or liquid assets that can easily be sold during a market slide.

“Bitcoin has been attuned to the day-to-day moves in risk assets, but the end result of the intraday volatility is a consolidation phase on the chart,” said Stockton. “Short-term momentum has improved with equities, so I expect the consolidation to give way to a move that leaves support near $10,000 intact.”

Global equities markets are weak today, either flat or down:

Michael Gord, chief executive officer of crypto trading firm Global Digital Assets, senses a bearish mood for the crypto markets. “Bitcoin might get over $11,000 for a short period this week, but with a big exchange like KuCoin being hacked over the weekend I expect this week to have a more bearish sentiment with retail investors,” said Gord. “Institutional investors, on the other hand, might be taking this buying opportunity to buy cheaper bitcoin.”

Several stakeholders in the crypto market see a lack of yields coming from traditional markets as a sign cryptocurrency has a place in uncertain times.

“We are moving into a period of stagflation – stagnant growth and inflation – which creates a steepening of yield curves in the fixed income world,” said Chris Thomas, head of digital assets for Swissquote Bank.

Indeed, U.S. Treasury yields have dropped in 2020 – the two-year maturity is at its lowest yield in over 10 years.

“I have a customer leaving bonds for bitcoin. I look at that as very bullish,” said Henrik Kugelberg, a Sweden-based over-the-counter crypto trader. “Bonds that are supposed to be the safest bet there is to actually make a buck on your invested money now all of a sudden seems less attractive than bitcoin.”

Uniswap has had a stellar September, with the decentralized exchange, or DEX, having a record $953 million in volume on the very first day of the month. Since then, however, volume has declined.

Toward the end of Tuesday, volume was $312 million, lower than September’s $468 million daily average.

However, volume doesn’t mean everything for a DEX: Mosoff points to Uniswap’s Tuesday record-high of $2.29 billion in liquidity, which is the depth, or availability, of assets traded on the DEX, as a metric traders should also consider.

”Liquidity has just reached a new all-time high on Uniswap – this means that asset pricing is becoming more competitive and because of this it may capture the majority of trading volume once speculative activity abates,” Mosoff added.