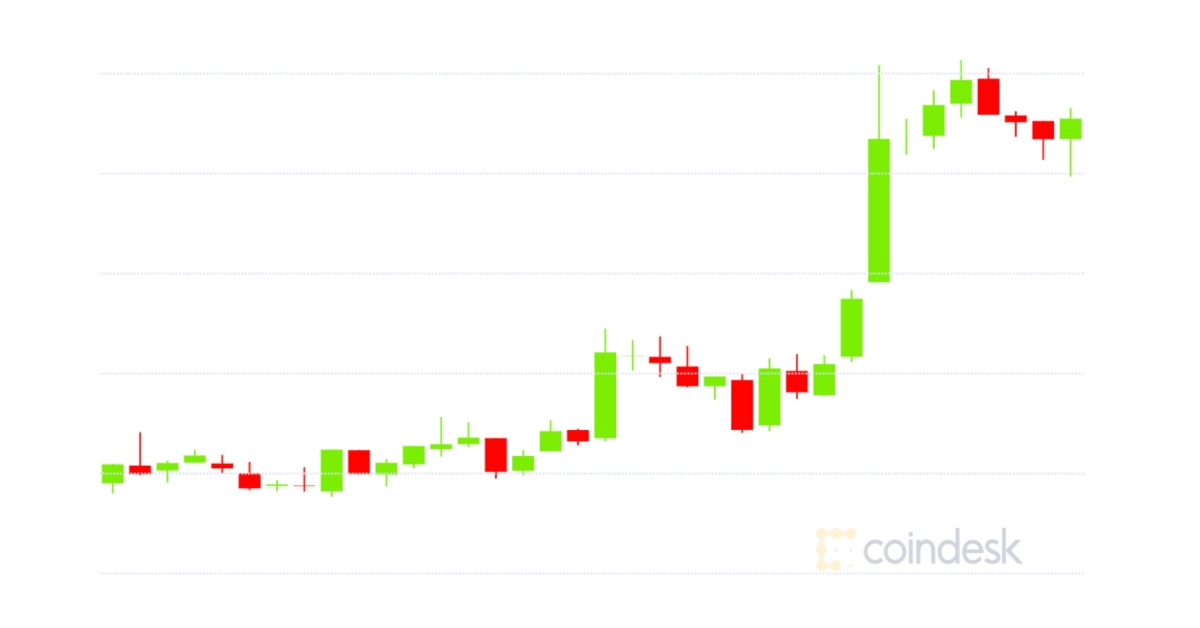 Bitcoin had a small rally Thursday. Meanwhile, the ether options market is giving some investors protection from decentralized finance downsides.

Bitcoin’s price made gains Thursday as the world’s oldest cryptocurrency began a modest rally at around 15:00 UTC (11 a.m. EDT). It jumped $343 to as high as $10,736 in just two hours on spot exchanges such as Coinbase. Bitcoin was changing hands at $10,653 at press time.

Thursday’s bitcoin price pop came after several days of stagnation followed by a quick drop in tandem with equities Wednesday.

George Clayton, partner at Cryptanalysis Capital, maintains that the average cryptocurrency holder is a risk-oriented trader and that quantitative strategies kept bitcoin’s price near at $10,400 in the days leading up to Wednesday’s decline.

“If volumes are low, traders and algorithms are in charge,” Clayton said. “This last move down was on pretty low volume and coincided with the sell-off in stocks.”

Momentum in the crypto market had been absent this week prior to bitcoin’s rise Thursday, according to Denis Vinokourov, head of research for the digital assets prime broker Bequant. “There has been a distinct lack of aggressive liquidations and the actual bitcoin futures curve has been flat for much of the month,” he said.

Liquidation volume in September on derivatives exchange BitMEX has fallen. Liquidations, the crypto equivalent of margin calls, often exacerbate price movements as long or short traders have their positions wiped out.

Rupert Douglas, head of institutional sales at crypto brokerage Koine, says he still has some concerns that investors will quickly sell off crypto should traditional markets take another nosedive. “Risks are still to the downside,” he said.

Bitcoin has performed poorly compared to equities thus far in September, down 10.7% while the S&P 500 is in the red 7.9%. Major stock indexes in Europe and Asia are also treading below 0% month-to-date.

Bequant’s Vinokourov points to decentralized finance, or DeFi, as contributing to the bitcoin market’s lack of overall momentum. “It appears that leverage flow has already been sucked out and quietly exited or transitioned to other parts of the crypto ecosystem, namely DeFi,” he said.

Despite this, Vinokourov sees positive sentiment towards bitcoin’s use in DeFi-based yield generation to eke out profits in slow market cycles. “The use of bitcoin on the Ethereum network remains on a strong uptrend, with over 100,000 BTC now locked,” he noted.

Read More: Uniswap Users Have Claimed $560M-Worth of UNI Tokens in a Week

The ether options market for October expiration seems to favor the cryptocurrency being priced below $360. Traders are betting there is a 50% chance of ether trading over $340 at next month’s expiration, a 40% chance of it priced over $360, and just a 24% chance of it being over $400 according to data aggregator Skew.

“This is a protective premium against DeFi total value locked; a lot of people have ETH locked up in pools,” he said. “The larger players definitely are hedged, plus this can make offering DeFi structured products a lot easier [such as one with a] USD-yield with protective puts against the pool.”

Read More: Ex-Pantera Partner’s New Crypto Fund Is ‘Not for the Faint of Heart’