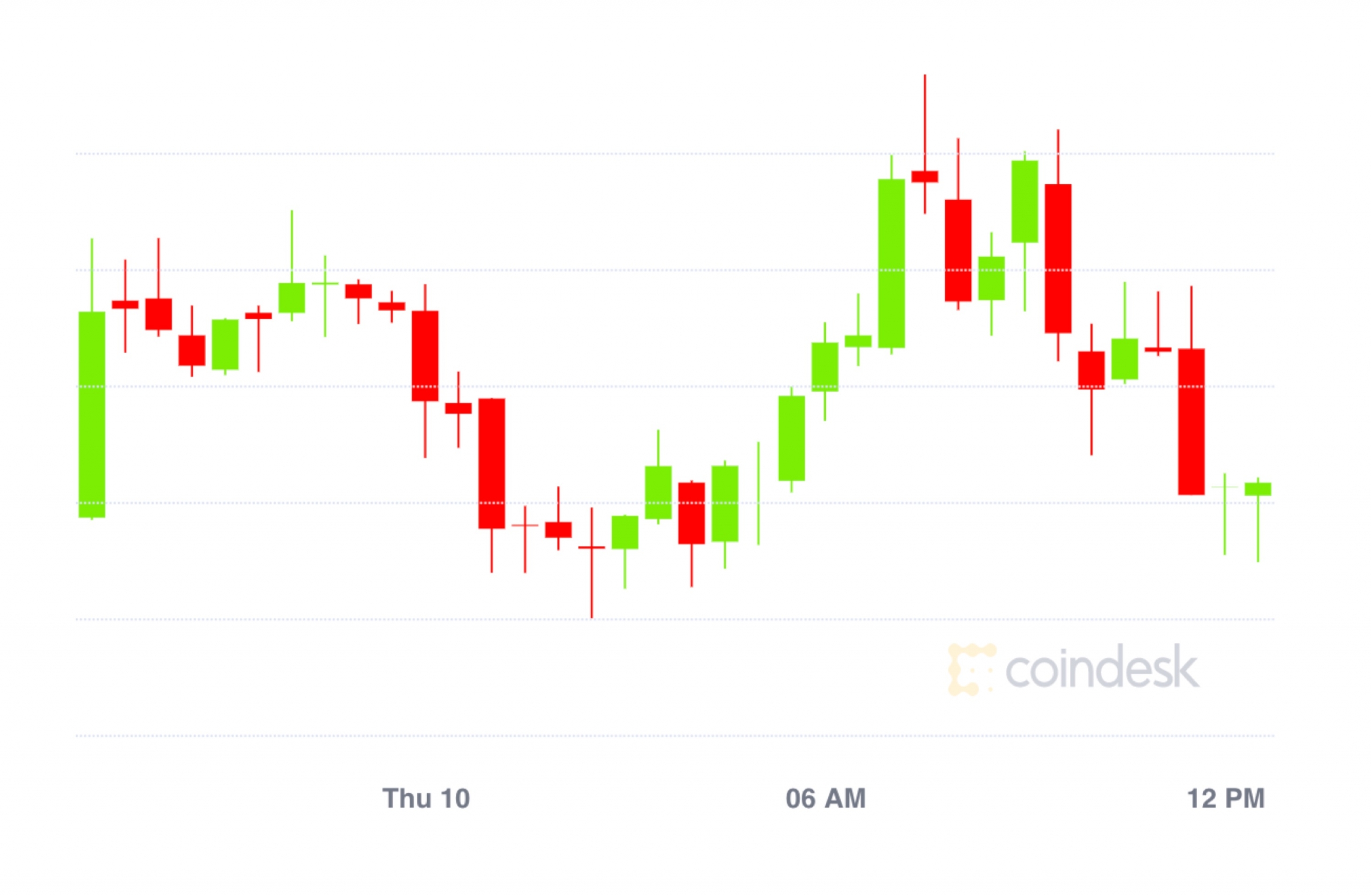 Bitcoin was trending upward before losing momentum; ether holders are moving their cryptocurrency off exchanges.

Bitcoin continued its upward momentum from Wednesday, with the world’s oldest cryptocurrency rising as high as $10,488 on spot exchanges such as Coinbase before losing some steam and now moving in a sideways pattern.

Constantin Kogan, partner at crypto fund of funds BitBull Capital, points to bitcoin’s relative strength index, or RSI, as an indicator of where the market might be headed. RSI measures price changes to indicate market conditions, such as “overbought” when there has been too much buying or “oversold” when there is too much selling.

“The relative strength index has shifted in favor of growth after the price climbed to $10,355,” said Kogan. “There is a chance to return to the pivotal area of $10,756, but not everything is as rosy as we would like to see.”

Kogan said bitcoin price action will depend on the global economy’s performance for the balance of 2020.

“Many analysts predict that BTC will continue to rise in price in the long term,” Kogan added. “However, this year a breakthrough is unlikely. It is expected next year if we won’t see a global recession escalation.”

In bitcoin futures, open interest has been hanging around the $3.7 billion mark for the past week.

“This represents a lot of indecision in the BTC market,” said Daniel Koehler, liquidity manager for cryptocurrency exchange OKCoin, regarding the stasis in bitcoin futures. “I think many larger players hedged at these high price levels and are waiting for momentum to clearly go in one direction.”

Henrik Kugelberg, a Swedish over-the-counter crypto trader, points to the longer-term outlook of bitcoin versus fiat’s performance. “The macro perspective is of course that all currencies will lose value and the only hedge in the currency market the coming months is bitcoin.”

Indeed, the U.S. Dollar Index, a measure of the American currency against a basket of other fiat, is still in the doldrums, down 0.30% Thursday.

Italy-based over-the-counter crypto trader Alessandro Andreotti said he isn’t sure the bitcoin price can keep heading upward but he remains bullish. “Opinion seems split on whether this is just a ‘bear trap’ or the beginning of a new bull market,” he told CoinDesk. “I’m buying either way. Personally, I’m optimistic for the short term.”

The balances of ether on centralized exchanges is at a seven-month low. On Wednesday, 17,158,739 ETH sat on exchanges, the lowest it had been since Feb. 9, according to data from aggregator Glassnode.

“My immediate thought is that many people have moved their ETH off exchanges to be able to participate in yield farming,” said Andrew Tu, an executive at quant trading firm Efficient Frontier. “A load of other traders likely moved their ETH to be able to provide liquidity to Uniswap pools. SushiSwap is a prime example of this.”

Read More: How to Watch INX’s IPO in Real Time on the Ethereum Blockchain

Disclosure
The leader in blockchain news, CoinDesk is a media outlet that strives for the highest journalistic standards and abides by a strict set of editorial policies. CoinDesk is an independent operating subsidiary of Digital Currency Group, which invests in cryptocurrencies and blockchain startups.
0Shares
104K7MonthBalancesBitcoinEtherExchangesFallHitsMarketWrap