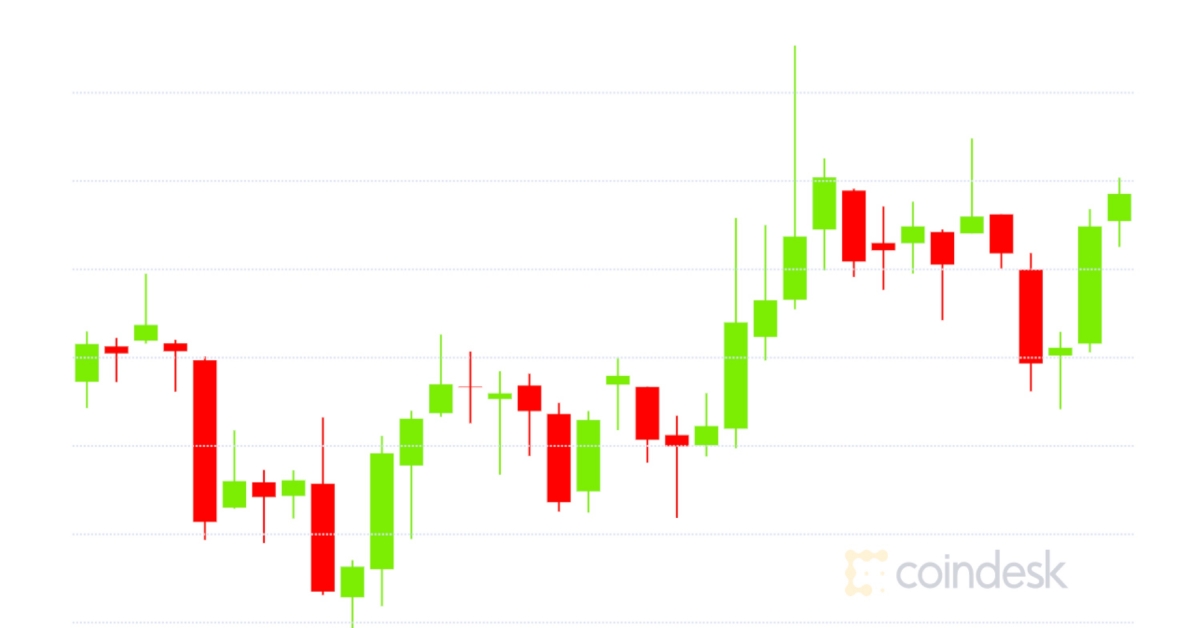 Bitcoin’s price has been on a steady rise since Saturday, topping out at $10,775 Monday on spot exchanges such as Coinbase. Cindy Leow, portfolio manager for 256 Capital Partners, a multi-strategy trading firm, notes bitcoin’s capacity to rebound from recent unpleasant news. “Bitcoin has quickly recovered from back-to-back news about the [Commodity Futures Trading Commission] and the Department of Justice’s indictment against BitMEX as well as news of [Pres. Donald] Trump contracting COVID, speaking to its short-term resilience.”

Despite bitcoin’s bounceback, Constantin Kogan, partner at crypto fund-of-funds BitBull Capital, is concerned as the derivatives market indicates many traders are still sitting out. “Bitcoin has been stuck in a $10,000-$11,000 channel for the last month,” he said. “Lending yields have fallen across the board as investors await the return of volatility and measure the potential impacts of BitMEX’s stunning downfall.”

A sign of distress can be seen by comparing bitcoin’s funding rates with those of competitors. Funding rates are fees paid by one side of a futures contract to the other. When they’re positive, it usually reflects bullish sentiment, while negative rates are bearish.

But BitMEX’s negative funding rate might be a sign that investors are leaving the venue, according to Vishal Shah, an options trader and founder of derivatives exchange Alpha5.

BitMEX’s funding rate is currently around  -0.0124%, while funding rates for major competitors have been at or close to zero for the past three days.

“It’s a function of unwinds,” Shah said. “Long positions are coming unwound to an extent, open interest has fallen materially, as expected.”

“This makes BitMEX a relatively cheaper venue for BTC-denominated players to gain topside leverage,” Shah said. “But that discount isn’t material; you’d have to justify the risk for a 5-10% annualized gain given the regulatory overhang.”

While many investors are justifiably losing interest in BitMEX due to its looming legal issues, bitcoin’s dominance, its market share in relation to the total crypto capitalization, has been bouncing back from 2020 lows in September.

Dominance starting to trend upwards could affect price, especially if there is sell pressure on both bitcoin and altcoins, said 256 Capital’s Leow. “While this may seem bullish for BTC, it is also a cautionary signal: When low-cap alts dump while BTC stays flat, BTC tends to follow suit in the short-term.”

Fees on Ethereum totalled 5,560 ETH Saturday, the lowest amount spent on the network since August 8. Used to conduct transactions and interact with smart contracts that constitute decentralized finance or DeFi, Ethereum fees have been hitting all-time highs as of late. On Sept. 17, for example, a record 42,763 ETH in fees were paid to miners.

Jean-Marc Bonnefous, managing partner of Tellurian Capital, an investment firm, doesn’t expect Ethereum fees, also known as gas, to stay low. “I suspect this is a temporary lull only as the structural issue of the gas costs has not gone away,” he said. Traders could take advantage of the respite in fees to rebalance, Bonnefous noted. “It may be a good time to readjust portfolios at a cheaper cost.”