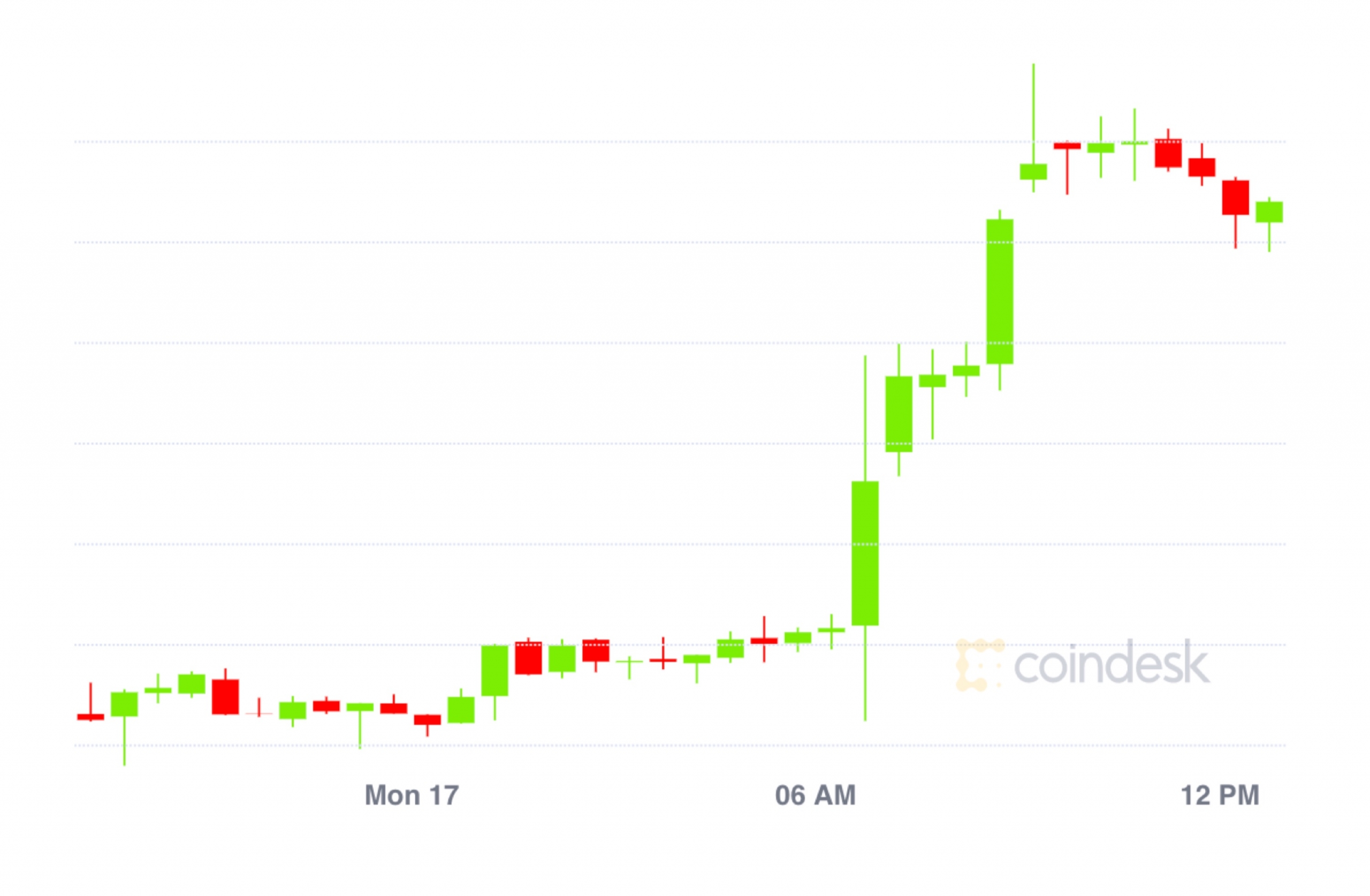 Bitcoin made a major gain Monday while investors have locked over $6 billion in crypto into various DeFi services.

The world’s largest cryptocurrency by market capitalization opened the week with higher-than-normal volume pushing bitcoin to as high as $12,485. For some market observers it was only a matter of time before it happened.

“Bitcoin has been trading in a $11,000-$12,000 range for two weeks or so,” said Darius Sit, managing partner of Singapore-based QCP Capital. “It has been consolidating, threatening to break past $12,000, so this is not too surprising,” he added.

Thus far in August, Coinbase’s daily average bitcoin volume has been $182 million, but on Monday volume was at $245 million as of press time. “Unlike last week, today’s attempt to break through the $12,000 level carried enough momentum to make a convincing break, sending BTC all the way to the $12,500 area,” said Denis Vinokourov, head of research for crypto brokerage BeQuant.

William Purdy, an options trader and founder of analysis firm PurdyAlerts, says the derivatives market is showing where traders think bitcoin’s price will be in the future as the cryptocurrency trends upward. “I think what is most interesting right now is how clear the upcoming expected price targets for bitcoin are via the option open interest,” he told CoinDesk, adding, “$12,000, $13,000, $14,100 and $16,000 are the spots with the greatest open interest, so the price is likely to settle on these as upcoming support/resistance.”

Read More: Bitcoin DeFi May Be Unstoppable: What Does It Look Like?

Of note is how traders view price movements of ether (ETH) relative to bitcoin.

“Ether was largely a bystander Monday, mimicking the surge higher instead of being the driving force behind it,” BeQuant’s Vinokourov said. “This is suggesting a growing unease towards the current valuation.” Skyrocketing Ethereum transaction costs were among the reasons for this sentiment, Vinokourov noted.

The total value locked in decentralized finance, or DeFi, crossed the $6 billion threshold over the weekend, and it is currently up to $6.4 billion Monday. Over half of the value locked is in just three DeFi services: Maker ($1.51 billion), Aave ($1.15 billion) and Curve Finance ($1 billion).

Jean-Marc Bonnefous, managing partner for Tellurian Capital, which has been investing in crypto projects since 2014, says some of this DeFi frenzy seems to be proceeding unchecked, and warned that caution is needed.

“Some of these DeFi applications are going to market too quickly and without even testing the code. That is highly risky,” he said to CoinDesk. “There will be a flight to quality towards those protocols that have sound operational foundations and also real added business value.”

Read More: BitMEX to Mandate ID Verification for All Traders

Disclosure
The leader in blockchain news, CoinDesk is a media outlet that strives for the highest journalistic standards and abides by a strict set of editorial policies. CoinDesk is an independent operating subsidiary of Digital Currency Group, which invests in cryptocurrencies and blockchain startups.
0Shares
124KBitcoinCracksCrossesDeFiLockedMarketWrap