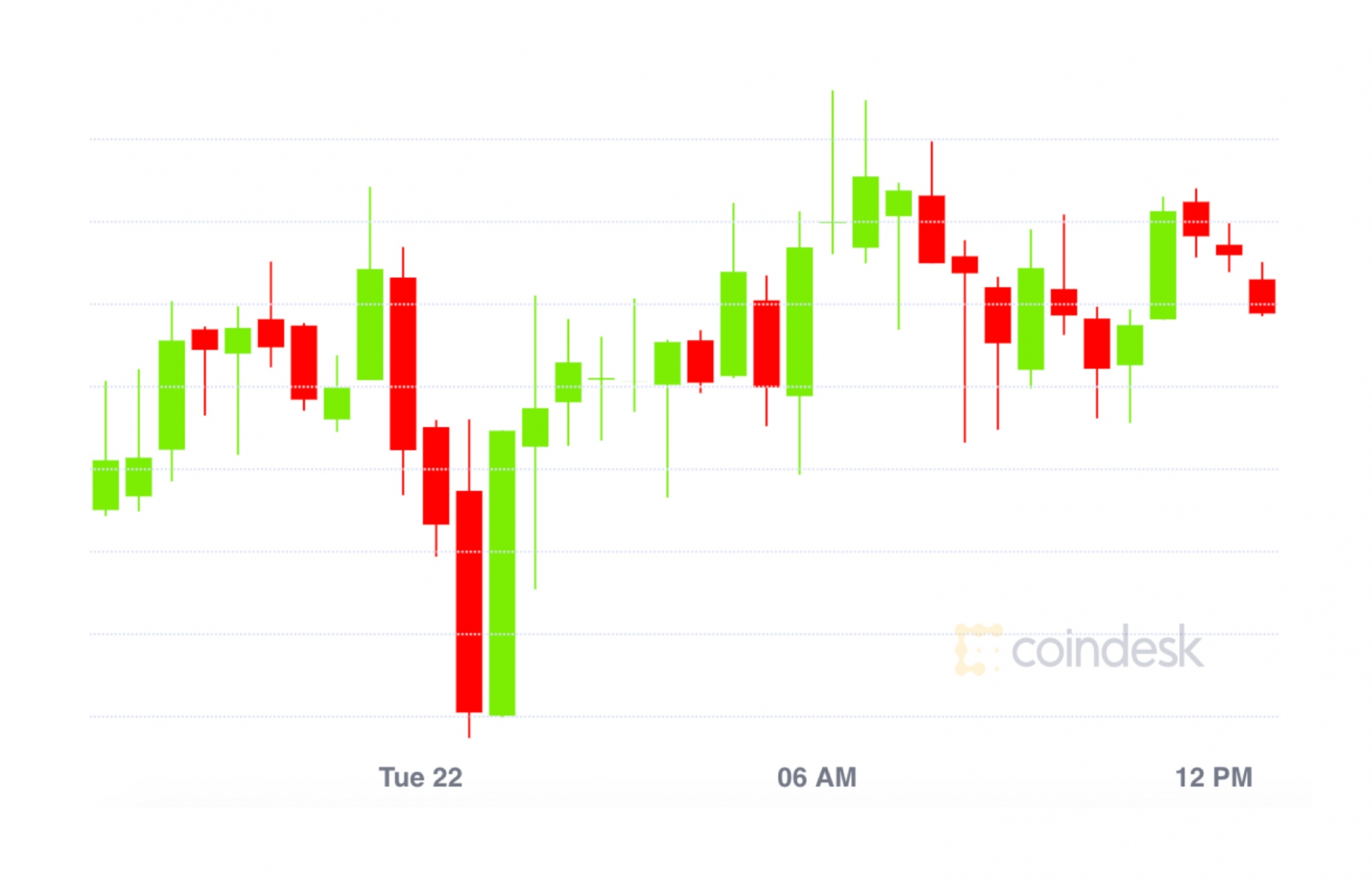 Bitcoin stuck around $10,400 for most of Tuesday. Meanwhile, ether holders are increasingly choosing smart contracts to park the cryptocurrency.

After bitcoin prices fell sharply Monday, the world’s oldest cryptocurrency stayed near the $10,400 mark on spot exchanges such as Coinbase Tuesday.

“Bitcoin remains in pullback-mode after having seen an initial reaction to short-term oversold conditions that left strong support intact in the $10,000 area,” said Katie Stockton, an analyst for Fairlead Strategies. “The loss of momentum has been significant, but overbought conditions are no longer an issue and the intermediate-term uptrend that began in March still has a hold.”

Momentum has certainly slowed down since Monday, when massive selling and $34 million in derivatives liquidations on BitMEX led to a $507 million volume day on major spot exchanges. Tuesday did not even approach that level, and was at $210 million in spot volume as of 4 p.m. ET.

“We are at 50% of all-time-highs, which is a good area for future consolidation, but the perpetual funding rate for BTC is showing negative,” said Jason Lau, chief operating officer for cryptocurrency exchange OKCoin.

Like futures contracts, perpetual swaps allow traders to long or short a position, taking advantage of movements in a cryptocurrency’s price. The difference is there is no expiration date in the swap, hence the term “perpetual” and the requirement of a funding rate, which rolls over between long and short traders at eight hour increments. Essentially, short traders are paying those going long for exposure when the funding rate is negative.

“This signals there is a lot of indecision in the BTC market,” added Lau. “We could continue to see short term sell-offs and an overall more bearish outlook in the coming months.”

Michael Gord, CEO of cryptocurrency brokerage firm Global Digital Assets, has seen a shift in sentiment heading into a fourth quarter full of precariousness. “I think we’ve got to be close to the bottom,” Gord said. “Leading up to the U.S. election and debates, more institutional holders of bitcoin are preferring to hold cash and determine whether or not to re-enter afterwards.”

“The ETH in various DeFi contracts is probably an indicator that ETH holders want to continue to hold the asset but are looking for ways to generate yield,” said Mosoff. “This shows how ETH acts as a productive asset, contrasted with bitcoin, where it may be a great store of value but it lacks the productive yield layer that ETH does.”