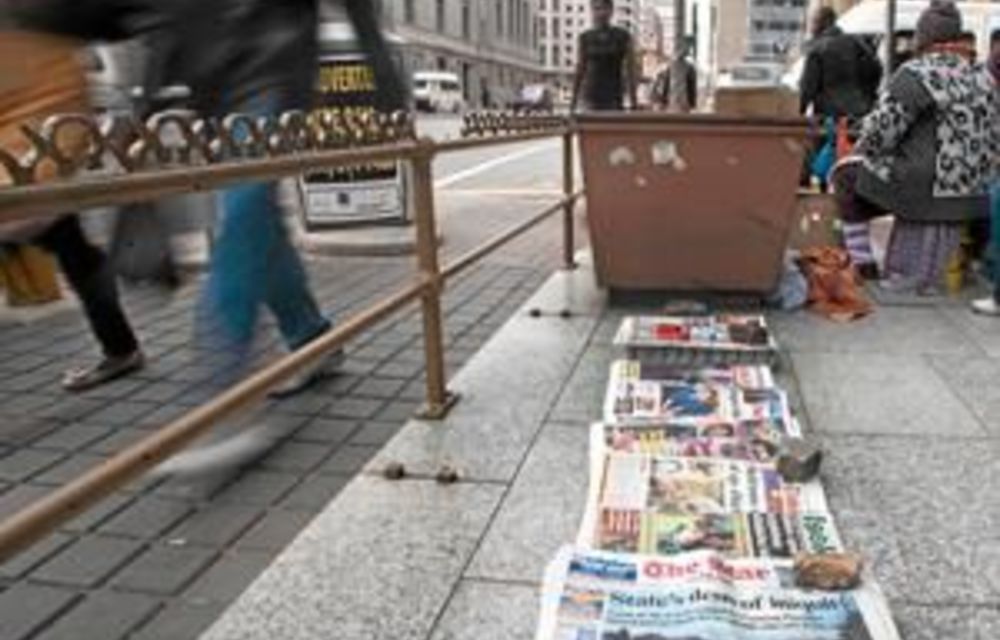 Radio station 702’s host Clement Manyathela mishandled an interview with the Mpumalanga premier’s spokesperson, Sibongile Mkani-Mpolweni, on Monday 25January 2021. Mkani-Mpolweni was being interviewed after the premier, Refilwe Mtshweni-Tsipane, was seen on TV at the funeral service of the late Jackson Mthembu without a mask on.

I am voicing my disappointment at the biased and unfair handling of the interview by Manyathela, whom I always regarded as the cream of the crop among talk radio hosts in the country.

Most people agree that the mask incident was unfortunate, and it was maybe reckless for the premier to walk around unmasked at the funeral in eMalahleni on Sunday. Subsequent to that incident, social media was abuzz with pictures, video clips and comments, most of them blasting her for what they referred to as a total disregard of the Covid-19 regulations.

The Premier immediately issued a statement apologising for the incident.  Possibly her mistake was to go into unnecessary detail in her statement, which, to some, made contradictory statements about the reasons she did not have a mask on while in the presence of other people. But putting that aside, my focus is in the way the media dealt with spokesperson Mkani-Mpolweni after the first media statement was issued.

A lot of talk shows on many national radio stations feasted on this incident.  Some, intending to skin Mkani-Mpolweni alive, gave listeners time to air their reactions either to the incident, the statement, or to the way Mkani-Mpolweni responded to questions. Manyathela was impatient and emotional about the issues under discussion. I find that many talk show hosts these days become emotional instead of leaving it to listeners to react and judge an interviewee on whether their responses made sense.

With reference to the 702 interview, the host pressed Mkani-Mpolweni on whether the premier was an ethical leader. I will select three parts from the interview that prove Manyathela’s shortcomings as a presenter, bias and subjectivity, and a lack of journalistic ethics:

1. Manyathela was too judgemental, which is against journalistic ethics and conduct.  As a radio host, he was supposed to stick to his hard question, but refrain from getting emotional and personal to the extent of declaring that he was angry, and even justifying it. Ask your questions, and keep your views to yourself because if you don’t, you run the risk of influencing listeners into supporting you, their favourite radio host.

2. Manyathela had his own vendetta, thereby influencing the reaction from the listeners towards what makes him, as a presenter, happy, and to the excitement of the listeners.  I agree it makes for good radio when an interviewee contradicts themselves when responding to questions, but it exposes bias and subjectivity when a presenter decides to judge whether the responses are true or not. At some point Manyathela laughed at comments from callers that favoured his views on the issue.  One caller, who identified himself as a lecturer in public relations, told him that his line of questioning was unfair and biased, at which point Manyathela angrily cut the caller.  He was not attentively listening to the fellow, thereby proving his bias and unfairness. It is incorrect to manipulate and sway your listeners to believe and support your opinion, because radio hosts are influencers in their own right, and can mislead the nation by sharing their personal views and standpoint on an issue.

3. Manyathela pressed Mkani-Mpolweni on one picture, or video, on which, according to his own analysis, the premier was “hugging and entangling” a police officer. He later confessed that he didn’t watch the broadcast of the funeral service, like many of us did. That means he relied on pictures circulated on social media.  What if it is true that the premier got that close to the female police officer because she was telling her to put her mask on, as reported by her spokesperson?

The 702 interview on the mask issue is one of the many similar ones that took place on various stations for the rest of day, with many angles to the story obviously triggered and influenced by social media comments, pictures and videos.

The first media statement immediately issued by the office of the premier might have had its shortcomings, a few contradictions on the justifications, but the premier also apologised profusely for the incident.

She apologised again in a second statement issued a day later, wherein she also divulged that she presented herself to a police station to admit guilt. We can only await the outcome of the investigation the minister of police said would now take place. The investigation is necessary because we all know that we are required by law to always wear a mask when in public to combat the spread of Covid-19. For now, I choose not to judge.

Radio talk show hosts must stick to their job of posing good questions, objectively, from all angles, and give their interviewees the opportunity to respond. They can be as hard as they wish, but they must never abuse the privilege of having control of the microphone to force their naïve views and opinions onto listeners.  If things continue the way they are, we run the risk of eroding the little quality that was left after the demise of real talk show hosts such as the late Vuyo Mbuli and Xolani Gwala, who were robust, but objective. May their handsome souls RIP.

How I wish it was possible to multiply Cathy Mohlahlana, Iman Rappetti, Stephen Grootes, Sakina Kamwendo, John Perlman and others who know what critical listeners deserve to hear. But I’m afraid that is me day-dreaming.