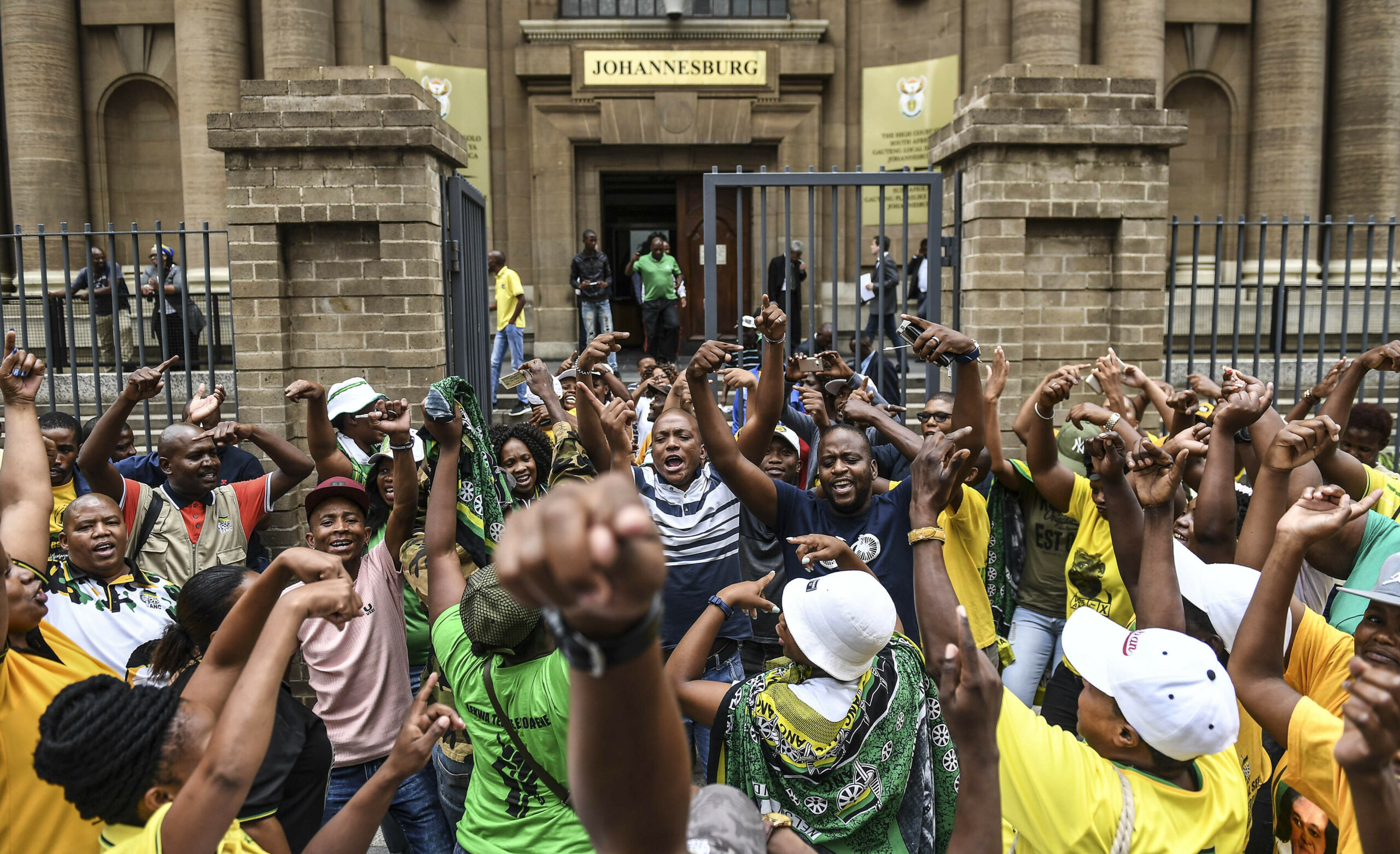 In his closing remarks at the NEC meeting this past the weekend, President Cyril Ramaphosa said “organisational unity and cohesion” was “continuing to deteriorate” in the province and must be addressed as soon as possible.

The interim provincial committee (IPC) running the province has faced a revolt in the municipalities and the provincial legislature from Mahumapelo’s supporters, who now want the court to enforce the ruling in their favour.

Ramaphosa said the ANC officials would meet the various ANC players in the province with a view of bringing “the province to stability”, starting on Monday,

The NEC appointed the interim committee in 2018 to replace a provincial task team (PTT) appointed earlier that year by Luthuli House.

The task team had itself been appointed to replace the provincial executive committee, which the NEC dissolved.

But the NEC sought a political solution with Mahumapelo and his fellow applicants, who won a court order reinstating them and appointed the interim committee, which consisted of the task team and members of Mahumapelo’s PEC, to replace the provincial task team.

The interim committee has faced resistance from Mahumapelo’s supporters since its appointment and suspended the province’s ANC regions, which were loyal to him, during 2018.

The suspension of one of the regions, Ruth Mompathi, is also the source of a high court challenge.

The interim committee has also dissolved the leadership troikas of five municipalities, with the decision being reversed by the party’s NEC in December. Last month it suspended the premier, Job Mokgoro, and four ANC MPLs from the party for voting against its chosen candidate for the chair of chairs in the legislature.

Pappa Jood, one of the applicants who successfully won the court order, said they would ask the court to enforce the order reinstating the provincial executive committee if the ANC failed to do so. Last week they wrote to Luthuli House, giving the ANC officials seven days to implement the high court order.

“We want the court order to be adhered to and for the legally elected PEC to be brought back,” Jood said. “We are waiting for seven days. If nothing happens from their side regarding the court order, we are going to approach our legal team.”

Jood said the interim committee was meant to have taken the province to a conference within nine months.

“It has been over 16 months now. They haven’t re-established or rebuilt a single branch in the province. What they did, they came in and disbanded the regions. They did not enjoy support from the regions, so they disbanded them. In fact, all the regions were aligned to the former PEC,” Jood said.

He said the NEC intervention would not bear fruit.

“This is just the president protecting his people that he sent to this province. There is nothing good about it. He can send another team, but the situation is not going to change.”

Jood accused the interim committee of trying to destroy the ANC in the province.

“Their plan about this province has not been to resuscitate the ANC but to kill it. They are too much on the municipalities, too much on the provincial legislature. Even the premier, they are threatening him that they are going to oust him. You cannot have a dictatorship in a democratic country,”’ he said.

The source did say that the NEC decision was “necessary”.

“The NEC has very real reasons to be worried about the situation in North West. Three mayors have been removed through motions sponsored by opposition parties but with the support of ANC councillors. Members of the legislature and the premier have voted with the opposition in the legislature. There is a deliberate intention to destabilise the North West.

The NEC is 100% right in saying we need to find measures of dealing with this,” he said.ANC spokesperson Pule Mabe had not responded to calls from Mail & Guardian at the time of writing.