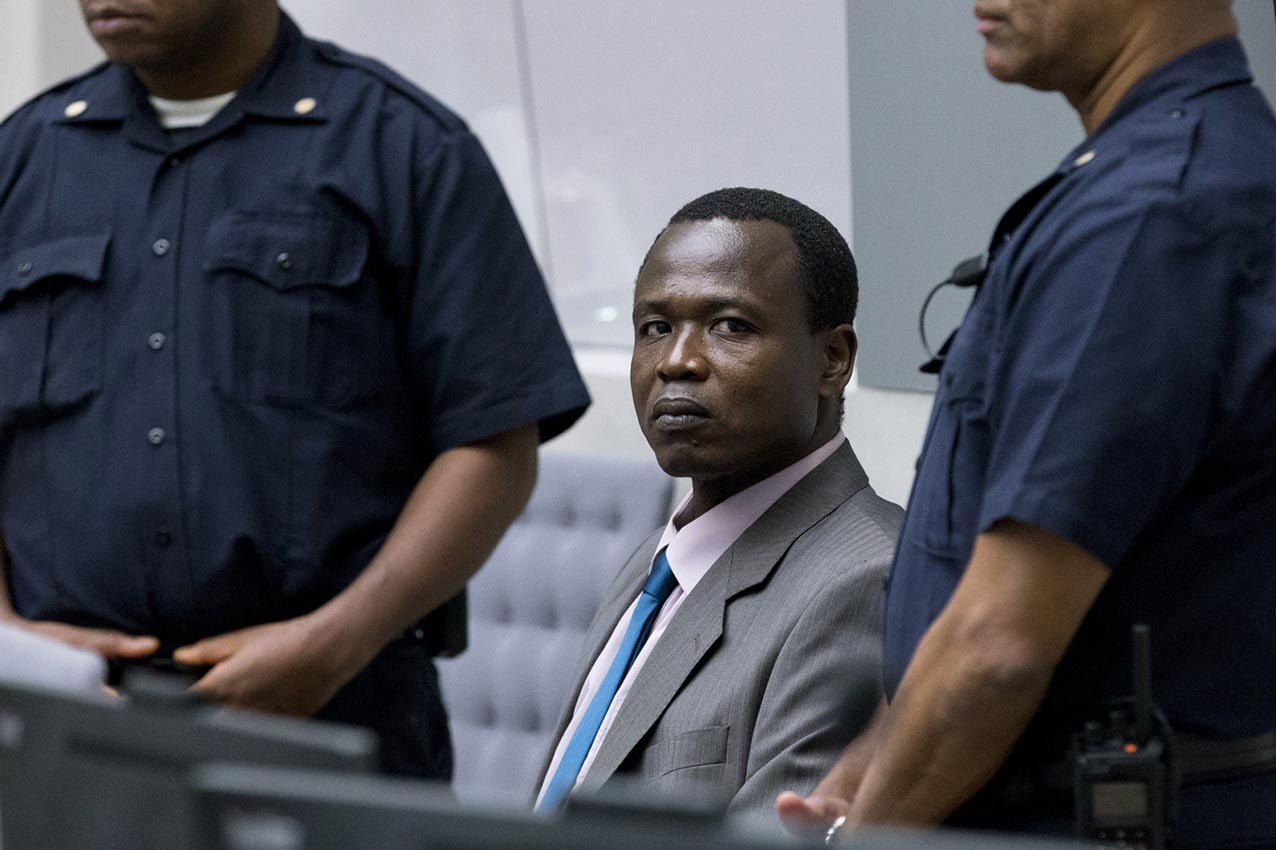 Eighteen years ago, in February 2003, Human Rights Watch interviewed Angela P, who was 10 years old when the brutal armed group Lord’s Resistance Army (LRA) kidnapped her in northern Uganda. At age 15,  she was forced to become a “wife” to an LRA commander and gave birth to two children in the bush. She named the first Komakech, which in the Acholi language means “I am unfortunate” and the second Can-Oroma, meaning “I have suffered a lot”.

Angela P, whose real name is withheld for her protection,  and many other girls and women abducted into forced marriage, sexual slavery and forced pregnancy faced life-altering — and in some cases life-ending cruelty and violence at the hands of the LRA. For many years, those who committed these horrific crimes and the leaders responsible for orchestrating them have evaded justice.

But on 4 February, the International Criminal Court (ICC) found one such abuser, Dominic Ongwen, known as one of the LRA’s most ruthless commanders, guilty of 61 counts of war crimes and crimes against humanity, including 19 counts specific to 11 charges of sexual and gender-based crimes.

Ongwen’s conviction is an important milestone in a long quest for international recognition, justice and reparations for survivors of sexual and gender crimes during war.

With respect to seven women kidnapped and placed in Ongwen’s household, the court acknowledged the ongoing harm these women have experienced from forced marriage, torture, rape, sexual slavery, enslavement and forced pregnancy. These include the challenges of reintegrating with families and communities when they are able to return: stigma, exclusion, depression, fear and trauma.

The Rome Statute, the treaty that established the ICC, defines forced pregnancy as the “unlawful confinement of a woman forcibly made pregnant with the intent of affecting the ethnic composition of any population or carrying out other grave violations of international law”.

The court’s interpretation of forced pregnancy in the Ongwen case builds international jurisprudence on reproductive violence, in other words, violations of a person’s reproductive health, autonomy and rights. The judges also indicated that “the essence of the crime of forced pregnancy is in unlawfully placing the victim in a position in which she cannot choose whether to continue the pregnancy.”

Preventing the victim from exercising sexual and reproductive autonomy violates their rights to bodily integrity, to health, to determine the number and spacing of their children, to equality and to privacy. It violates their right to life and to be free from torture and degrading treatment and can prevent the realisation of many other human rights.

Yet a detailed 2014 policy paper issued by the Office of the Prosecutor of the ICC highlighted the significant gaps between the crimes enumerated in the Rome Statute and the court’s successful investigation, prosecution, and ultimately, convictions on sexual and gender-based crimes.

The Ongwen case demonstrates an evolving approach that includes applying gender analysis systematically across the institution’s work — such as examining how gender-based crimes are not limited to sexual violence, but how torture and mutilation may have aspects that relate to the victim’s gender.

The court has strived to incorporate gender-sensitive practices during investigations and prosecutions, including strategies to address stigma in reporting crimes, and through security and welfare assessments for survivors and witnesses coming forward with testimonies.

In delivering the verdict, the court highlighted the accounts of women forced to marry Ongwen. The victim participants’ legal representatives cited the witness statements of the women subjected to forced marriage frequently during the closing statements, highlighting in particular the long-lasting consequences of these heinous crimes for the survivors.

If the verdict is upheld at appeal, victims are eligible for reparations from the ICC’s Trust Fund for Victims, both individually and collectively, for things such as educational and housing aid.

Critical work remains to support people such as Angela to seek — and obtain — justice.

Previous PostPandemic vote: What will the local government elections look like?Next PostCorporate amends: What is enough?