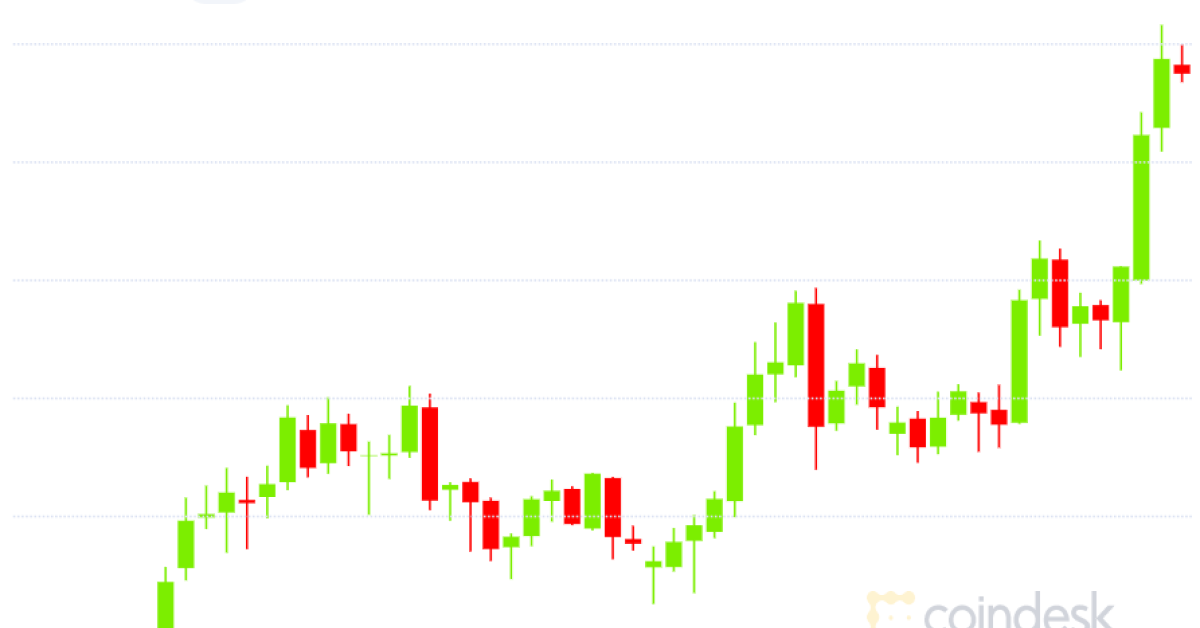 The cryptocurrency rose to $75.77 during the Asian trading hours, a level last seen on Feb.24, according to the CoinDesk 20. Trading down slightly at $74 at press time, litecoin is still up 9% on a 24-hour basis.

Litecoin now has a market capitalization of $4.90 billion, higher then bitcoin cash – which underwent a hard fork on Sunday – at $4.67 billion.

Once referred to as the silver to bitcoin’s gold, litecoin has far fallen behind the top cryptocurrency in recent years. Bitcoin’s market cap is now near $310 billion, over 60 times greater.

Litecoin’s recovery from September lows near $40 picked up the pace on Oct. 21 after online payments giant PayPal announced support for the cryptocurrency alongside bitcoin, ether and bitcoin cash. Litecoin jumped over 13% at the news, confirming a bullish pattern on technical charts, and has remained bid ever since.

While litecoin is up 80% this year, bitcoin has gained over 120%. The first ever cryptocurrency reached a 33-month high of $16,885 on Monday and was last seen at $16,700. Prices have risen by more than $6,000 since early October, given a push by investments from notable companies.

Bitcoin’s continued rally looks now to be dragging along alternative cryptocurrencies in general. Chainlink’s LINK and Stellar’s XLM have gained 5% on a 24-hour basis, while XRP has risen by 10%. Ether, the second-largest cryptocurrency, is up over 2% at $465. However, unlike litecoin and bitcoin, many top altcoins are yet to challenge their respective third-quarter highs.

Previous PostMy Data, My Money: Data Dividends and the Digital EconomyNext PostIt’s not too late to silence the guns in Ethiopia