bit2Big > Africa News > Level one loading: Almost back to normal 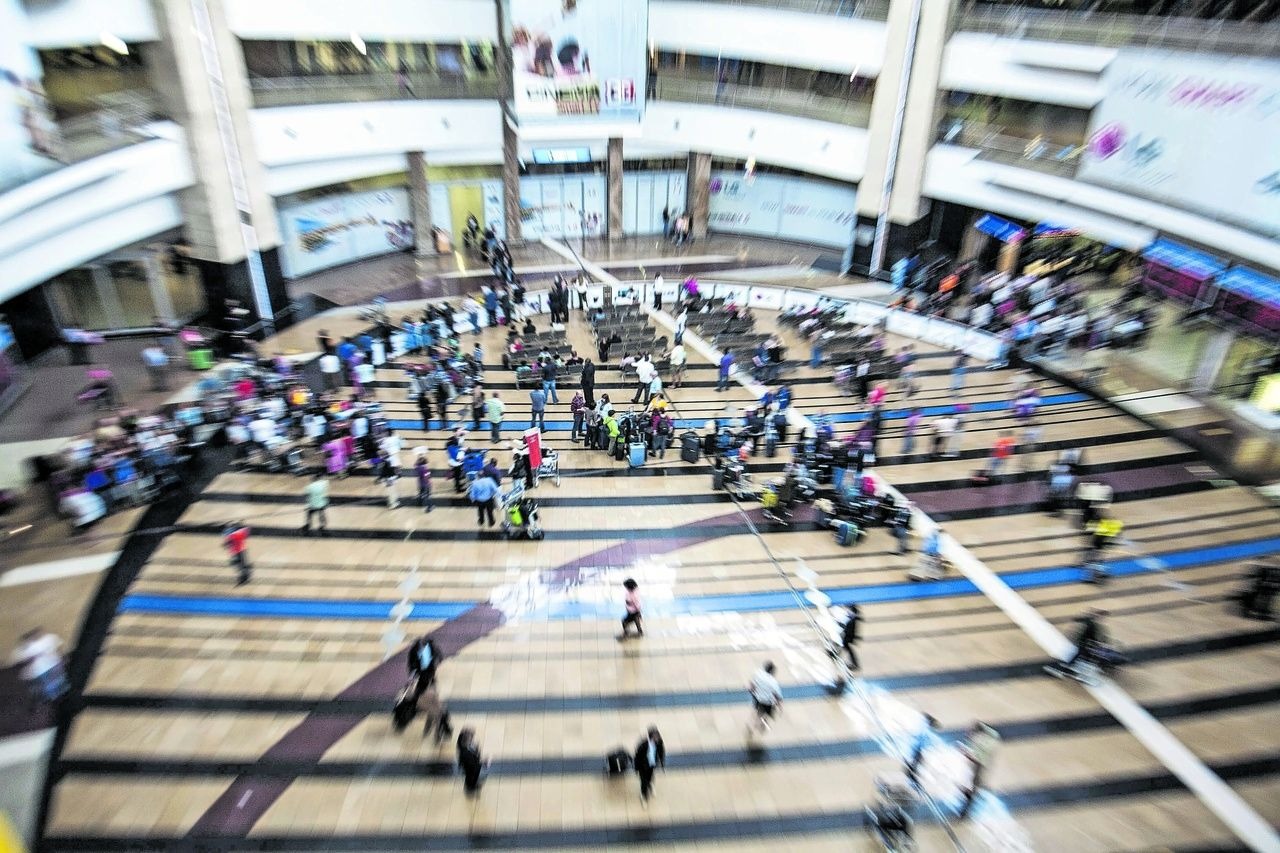 South Africa is one level away from a pre-Covid normality, with President Cyril Ramaphosa announcing on Wednesday night the country will move from level two to level one in the risk-adjusted lockdown.

There have been indications for days that Ramaphosa was preparing to downgrade the country’s alert level. Last week, while addressing a South African National Editors Forum meeting, Ramaphosa indicated he was ready to make some sort of announcement. On Monday, Health Minister Zweli Mkhize said declining Covid-19 infections indicate a relaxation of regulations. And on Tuesday and Wednesday, Ramaphosa met with all nine provincial premiers, as well as the mayors of major metros, and convened a special cabinet meeting to consult ministers.

“Now is the time to return our country and economy to a time that is more normal, and resembles the lives that we were living six months ago. It is time to move what will become our new normal for as long as the coronavirus is with us,” Ramaphosa said.

Among the lockdown restrictions that will be relaxed under level one and will come into effect at midnight on September 20:

Gazetted government regulations published earlier on Wednesday by Transport Minister Fikile Mbalula, allow the complete opening of domestic air travel, with 21 of the country’s international and regional airports now given the go-ahead to operate.

Although the attendance cap on religious gatherings has been increased to 100, the ban on night vigils remains. Public events may take place, but only at 50% of their usual capacity, and sports events remain closed to the public.

Ramaphosa said the OR Tambo, Cape Town and King Shaka airports would open after October 1 for business and leisure travel, with travellers being asked to provide a Covid-19 clearance certificate. Travellers who did not would have to be quarantined at their own cost before being tested at the end of the quarantine to ensure they are not positive.

“We are ready to open our doors again to the world,” Ramaphosa said.

Government departments would begin to return more staff to work, but under strictly monitored conditions and after staff were briefed on how to work safely.

The call to be vigilant

The easing of lockdown restrictions and the return to normality of almost all daily functions for South Africans means that the risk of infection and a potential “second wave” is top of mind for government authorities.

Ramaphosa said that, as of Wednesday, more than 650 000 people had been infected with the virus, and more than 15 000  people have died.

Compared with other countries, South Africa has a relatively low mortality rate in relation to its infection numbers.

But this may not be a true reflection:  the number of excess deaths in the country between May and September is three times the official Covid-19 death rate.

Gauteng has the bulk of infections in South Africa, accounting for about a third of all cases.

Kwazulu-Natal has about 18% of cases, the Western Cape 16.7% and the Eastern Cape 13.4%. The rest of the country’s nine provinces account for single-digit percentages.

“We have withstood the storm. Two months ago, at the height of the storm, we were recording 12 000 new cases a day. It was quite alarming. Now we are recording less than 2 000 cases a day. We have a recovery rate of 89%, which could go to 98% in time,” Ramaphosa said.

Ramaphosa did warn of a second wave of infections, as experienced in other countries. In some countries, hard lockdowns have had to be reimposed.

“Although we have made remarkable progress, a number of our people are still getting infected, and some are losing their lives. By any measure we are still in the midst of a deadly epidemic,” he said.

He later added: “We are determined to ensure that the worst of this pandemic is behind us.”

Ramaphosa thanked South Africans for enduring the past six months of lockdown instituted because of the coronavirus. The restrictions of movement, trade, learning and socialising has had a severe effect on South African life and the economy.

Statistics SA data released last week showed that the local economy had contracted 16.4% in the second quarter of 2020. Year on year, compared to 2019, it represents a 51% decline.

Ramaphosa said the country’s economic-recovery plan, which was adopted by business, labour and the government this week at a National Economic Development and Labour Council meeting, is nearly finalised. It will build on the R500-billion social and economic relief plan that was announced at the beginning of the lockdown.

South Africa’s closed borders led to a near collapse of the country’s tourism industry. The Tourism Business Council of South Africa estimates that for every day the country remained closed to international travel, the industry lost R336-million of revenue, also meaning that the government loses vital tax revenue.

Under level one, the country’s borders will be opened to international travellers. This will be done “gradually and cautiously” for business and leisure travellers. People from countries with high infection rates will be barred from entering South Africa.

Despite the easing of lockdown restrictions and the reopening of the economy, South Africa is not yet out of the woods. Uncertainty remains high and the strength of the recovery depends on several factors, including consumer demand and the likelihood of a resurgence of the virus.

It will also depend on the government’s support to maintain jobs and help businesses boost demand. So far, the government has provided R70-billion in tax relief to businesses in distress, More than R30-billion has been paid to 16 million people through the special Covid-19 grant.

The battle yet to come

The SIU has issued its first interim report and is working with eight other agencies in a bid to recover looted millions and ensure that those who had taken advantage of the lockdown to divert funds for PPE to criminals were brought to book.

The SIU’s findings will be made public, Ramaphosa said.

Gender-based violence continues to be a point of concern for Ramaphosa.

Over the course of the lockdown, nongovernmental organisations and places of safety have reported an increase in the reported cases of gender-based violence and abuse, and the rate of femicide in South Africa continues to be a worry.

“Based on the latest data, we have identified 30 hotspots around the country where the problem is more rife. As we move to the next alert level, we are increasing the level of support services for survivors of gender-based violence particularly in the identified hospots,” Ramaphosa said. 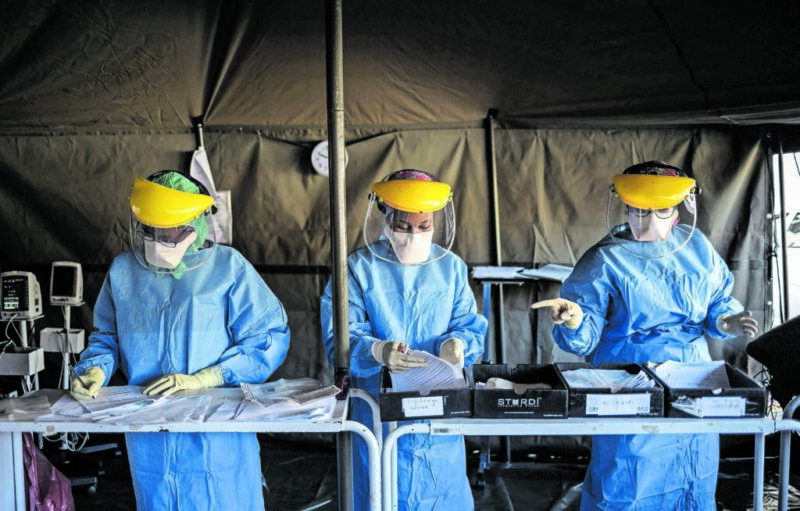 We are staying on adjusted level three — Ramaphosa 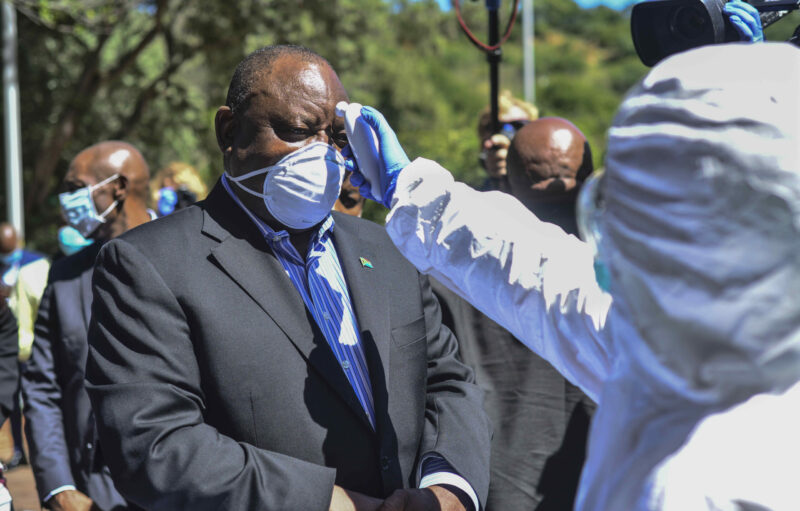