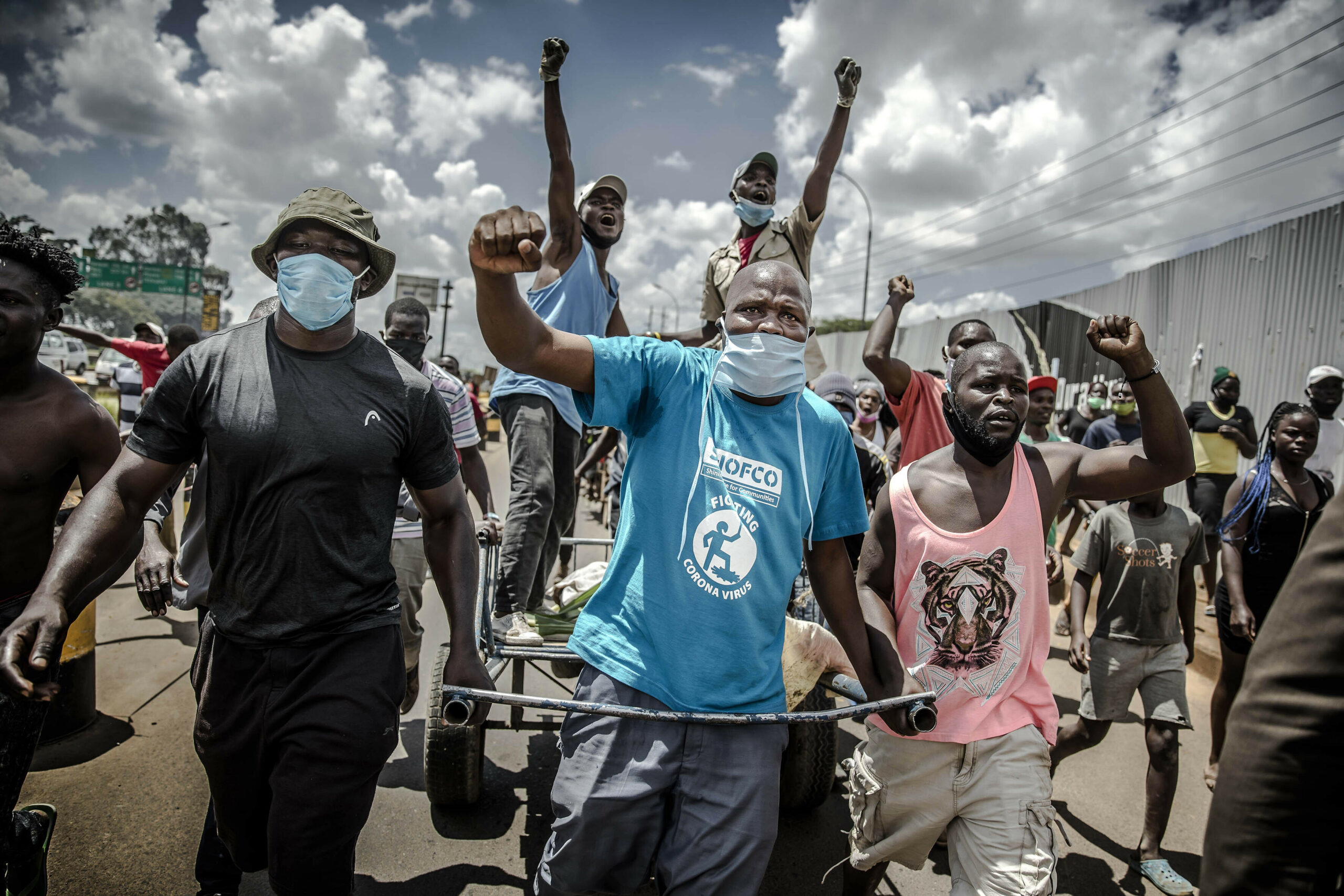 On Wednesday August 26 at 7.10am, I was arrested and became a guest of the Kenyan state for about an hour.

I was picked up outside our estate gate in Nairobi as I was about to begin my weekly run. I didn’t have my mask on because it worsens clouding on my spectacles and hampers breathing. Often, I wear one or tuck it into my running pants when I take a sprint, but I didn’t have one on that day.

The police were on patrol as they often are, choosing this early hour of the morning as people trooped into their workplaces. When the police shouted at me to enter their van, I pleaded with them that I was not in anyone’s way, but I accepted that I had indeed committed an offence by not having a mask on me. They would have none of it.

“Madam, enter into this van otherwise we will embarrass you,” a policeman said, threatening to pick me up. I quickly complied.

During the 15-minute journey to the police station we collected other non-masked people walking to work. Interestingly all those arrested had their masks in their pockets and wore them as soon as they entered the police van. One young woman pleaded to be let free, quickly putting her mask back on and begging for mercy as the police dragged her into the van. A young man with a couple of missing teeth, evidence of one brawl too many, asked the police to let her go, reminding them it was a difficult season for many.

“Are you now teaching us to do our job?” they asked him. But they did let her go when more people in the van joined in asking for her freedom despite their own position.

On arrival at the police station, we followed an impressive Covid-19 protocol, never mind we had come from an overly packed police van with no social distancing. We washed our hands with adequate water and soap and had our temperatures taken. By then, I was using my bandana as a scarf to shield myself.

We removed one shoe and went inside our police cells. We were not booked, but they took down our names and identity numbers. It was the first time I had been in a police cell.

In Kenya, not wearing a mask in public carries a penalty of 20 000 shillings (about R3 000) or six months imprisonment. Since the onset of Covid-19, the government has used the police to enforce health regulations — which has not gone well on several occasions.

Mzalendo, the parliamentary watchdog, reported that almost half of the people they interviewed had been harassed, arrested or beaten up by police enforcing curfews and other measures introduced to tame the spread of novel coronavirus. The Independent Police Oversight Authority says at least 87 complaints were filed against officers at the height of the dawn-to-dusk curfew.

As Kenya celebrated 10 years since the promulgation of the new Katiba or Constitution, Amnesty International’s Katiba At 10 report detailed that many Kenyans live in fear of police brutality. The report, released in conjunction with other human rights groups including the Kenya National Commission of Human Rights, stated that 49% of those interviewed had experienced some form of police brutality and feared this more than they did poverty.

A significant 68% also noted that police officers were the greatest perpetrators of human rights violations, especially in eastern Kenya. This is a telling note.

The day after my arrest, President Uhuru Kenyatta gave his 10th presidential address on Covid-19. He directed the agencies to accelerate investigations into the use of Covid-19 funds, which are to be finalised in three weeks.

Kenyatta vowed that no one would be spared, reiterating that his government was committed to accountability of public funds.

Several of the president’s relatives and associates were implicated in an exposé run by the local television station, NTV. The report, which led to several lower-scale protests in towns across Kenya, revealed how donations to the state by philanthropist Jack Ma had allegedly been sold to private businesses to make money, rather than used in hospitals and medical centres.

Doctors in Nairobi county have just signed a back-to-work agreement after six days of protests. Some of the doctors’ demands include the provision of adequate personal protective equipment, insurance coverage and bigger allowances.

Although the details of the scandals are public, there’s one that has possibly escaped the public eye — from my experience, police stations appear to be the new cash cow for Covid-19 business.

As 13 of us alighted the police van and entered the station, the officer in charge asked for the car to go back and pick up another round of unmasked citizens. In less than 30 minutes, officers were back with more people. It was said loudly that their target was to arrest 100 people that day.

From my cell I asked what was going to happen next and was told that we would be taken to Kamukunji on the other side of Nairobi to face charges.

I remained calm all along. My only fear was that I didn’t have my cell phone on me to note where I was to be “bonded”. I had, however, managed to borrow another woman’s phone to let my husband know where to find me.

The unofficial “bond fee” in the police stations is 1 000 shillings. Some of the repeat offenders told me they were used to the system and that “you can’t get out of here without paying the fee”. In essence, this is a bribe and the stations don’t hide the fact that due process is not followed when they arrest people.

A week seldom goes by without Covid-19 infections being identified at a police station.

The money collected on the side is fuelling these arrests. Unchecked, police brutality during the coronavirus pandemic will not be the only thing tainting the police force. The amount of undeclared “bonds” the stations are collecting needs to be looked into.