bit2Big > Africa News > ‘It is so hard being a black and broke’: How access to NSFAS funding involves privilege, luck 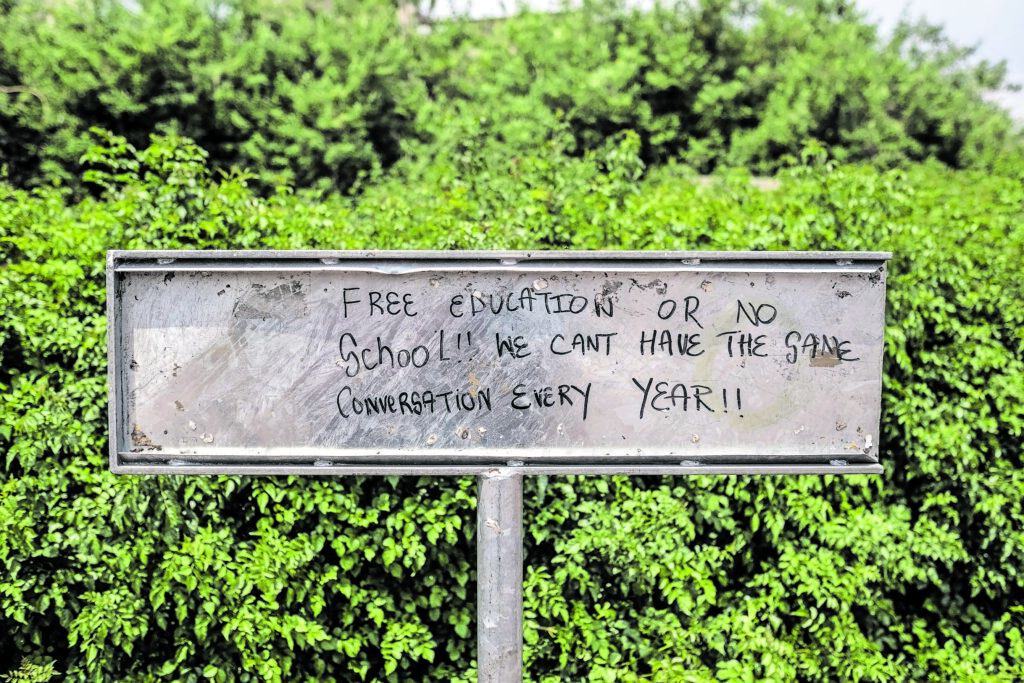 “The only way I have been able to continue with my studies is literally by begging from people.” These are the words of Tshepiso* a final-year LLB student at the University of Free State.

Tshepiso owes the university R68 000 and until she pays it, she cannot finish her degree.

When the Mail & Guardian spoke to Tshepiso and her mother Seipati* earlier this week, there were three days left until registration closed, and they still had no clue how they would get the money.

Seipati, a single mother, works as a clerk at a government department and takes home R10 000 a month. She is under debt review after taking loans for her daughter’s fees in 2017.

Tshepiso has never received any funding for her studies. “When it is January, I get so depressed because I always think, ‘What if we do not find a way to get her back to school?’” Seipati says.

Tshepiso had outstanding fees of R80 000; with interest, the total is R115 000. Seipati has raised R45 000 from friends and family, but for her child to be provisionally registered, she needs to pay an extra R10 600. Once that amount is paid, she will sign an acknowledgement of debt to pay the remainder by the end of March. If not, Tshepiso will be deregistered.

“There is not a year … when I did not have outstanding fees. The only way I have been able to continue with my studies is literally by begging from people. There comes a time when you have to put your pride aside, and you beg because that is the only solution,” Tshepiso says.

Every year she has applied for bursaries and the National Student Financial Aid Scheme (NSFAS) funding, with no success. NSFAS rejected her, because it said she does not meet the financial requirements.

“That does not make sense to me because my mother can literally not afford my fees, and we have made affidavits and provided proof to that effect,” Tshepiso says.

To qualify for NSFAS, a student must come from a household with a combined income of less than R350 000 (less than R600 000 for students with disabilities).

As a result of Tshepiso’s excellent marks, she received a bursary to pay for her studies this year. But she needs to provide proof of registration before the bursary funds can be released. If she fails to do so by a specific date, she will lose the bursary.

Tshepiso says finding herself at a place where she is likely to be deregistered is heartbreaking, particularly because she has been so dedicated to her studies, obtaining 22 distinctions in her 43 modules.

Still, this has not been enough.

“It has really been a difficult time. I do not know what other adjectives I can use to describe the pain, the frustration and the disappointment that we have gone through over the past four years,” Tshepiso says.

“It is especially hard right now, when it is just dawning on me that I might not be able to finish my degree … All the hard work, all the dedication and everything that I have been putting in was honestly for nothing.”

Yoliswa Dlamini is another final-year LLB student, at the University of KwaZulu-Natal (UKZN).

Although NSFAS has funded her studies, she cannot register after the university blocked her from doing so because she owes R16 886.

“I do not know how that is possible because I believe NSFAS still funds me. I never received any communication telling me I had exceeded my funds,” Dlamini told the M&G.

Registration at UKZN closes this Friday. When Dlamini spoke to the M&G, she did not know how she would raise the money. Her biggest concern is that classes have already begun, while she is in limbo.

She has emailed NSFAS, with no luck. “Every morning I wake up, and I send emails … but I do not even get a response. I am drowning in depression, and anxiety attacks are killing me. It is so hard being a black and broke,” Dlamini says.

Her parents are both employed, but Dlamini says they could never afford her university fees, adding that she is not their only responsibility.

“My only option now is to drop out, get a job and wait until I have enough money to register. Everything is just so messed up,” she says.

Dlamini and Tshepiso’s stories are not unique. In recent weeks, students from across the country have been airing their frustrations about the lack of communication from NSFAS.

For the past two weeks, the Economic Freedom Fighters Student Command branch at the University of Witwatersrand has been protesting. Among their demands is that all students with historical debt be allowed to register.

NSFAS is the main source of funding for higher education for poor and working-class students.

According to treasury budget documents, over the medium-term expenditure framework period, NSFAS aims to fund about 1.3-million undergraduate university students and almost one million technical and vocational education and training college students.

The scheme has been allocated only R35.8-billion this financial year and will see a reduction of R6.8-billion over the medium term.

Independent analyst Khaya Sithole told the M&G this week that NSFAS’s biggest problem is not the limitation of funds, but its “poor data and infrastructure”.

Sithole says NSFAS does not have a comprehensive system to facilitate interaction between the scheme, students and universities, adding that such a system would be required for the scheme to work optimally.

“Whenever people say they cannot get access to NSFAS and that they are not getting funding, it is not always a question of NSFAS not having money or the person not having the academic credentials. It is really an intersection of far too many moving parts that … are not part of a seamless system,” he says.

Sithole says the higher education system is not fair and equitable. For instance, not having internet access can hinder someone who is financially eligible for NSFAS funding.

“If you and I decide to apply to NSFAS on the same day and I post my application, and you do yours online, there is already a discrepancy. Your application is going to be considered first … Maybe your family income is R100 000 … After vetting you, they give you funding,” he says.

“Two days later, my application arrives through the post, and you and I are on the same footing academically, but my family income is zero. Theoretically, I deserve to be in front of you, but … an offer has already been made to you … Somebody looks at the bank balance at NSFAS and says, ‘Eish, we cannot afford to add one more student’ … I do think that it is still a lottery for a lot of people.”

He says it is easy to look at the money factor as a problem at NSFAS. But for Sithole, the real conversation is how to make sure NSFAS uses its resources to ensure efficient and equitable distribution.

“The worst thing people can do is simply pump in more money without capacitating the systems to be able to distribute it fairly and effectively. You have had stories of people getting overpaid or people not being paid on time. That is just a manifestation of how broken the system is.”

At parliament’s portfolio committee on higher education last month, new NSFAS chief executive Andile Nongogo acknowledged that the scheme has weak systems that fail to communicate effectively with higher education institutions. This was also raised by the former administrator Randall Carolissen, who said the scheme’s data integrity was a mess.

Nongogo said the scheme was working to appoint a service provider, who would strengthen its information and communications technology systems.

But for now, many needy and deserving students have nowhere else to turn.

*Not their real names