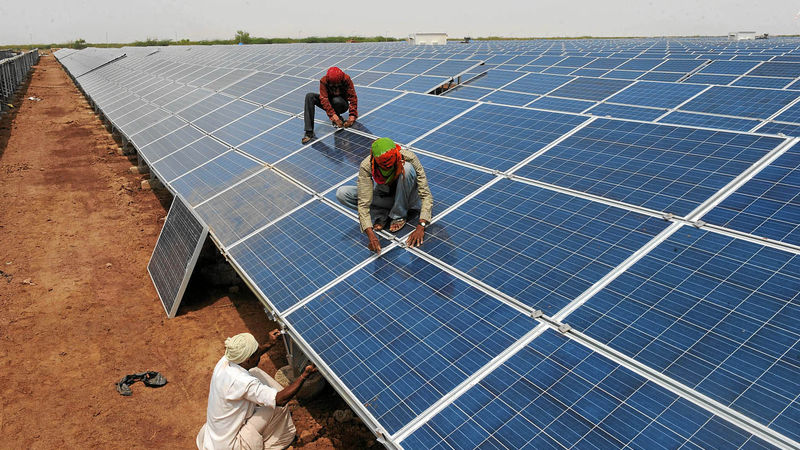 Africa faces an energy crisis, with a 2019 report estimating that 44% of its 1.35-billion population does not have access to electricity.  This is concerning, especially when one considers that alternative energy sources, such as solar energy, which could be a viable solution for the continent, started gaining global mainstream popularity since 2005.

Despite conditions for solar energy in Africa being favourable, the continent’s solar industry accounts for less than 1% of global solar revenues. In contrast, emerging market countries in Asia are exploiting opportunities in solar more aggressively, averaging a 67% global solar market share over the 2015-2019 period. Solar energy can, thus, play an increasingly important role for Africa’s future energy mix.

Southern Africa is home to almost 345-million people, with 57%  staying in rural areas where electricity penetration is less than 5%. South Africa, the most modernised country in the region, has about 5.2-million people with no access to electricity. This has been a major hurdle, holding back social and economic development within the countries, particularly in the more impoverished communities. Due to limited or no electricity supply, local economies cannot thrive, fewer jobs can be created, and students cannot study comfortably into the night. The current fossil-based energy supply has failed to be inclusive due to issues that include but are not limited to coal supply shortages, limited energy-distribution infrastructure and poorly maintained energy-production infrastructure. With this in mind, solar energy can be the answer to address short- and medium-term energy demand needs within Southern Africa.

Although Southern Africa exports 26% of its 280 725 kilotonnes of coal, it still has unreliable electricity coming from the current coal-fired power stations. On one hand, the growing population has resulted in current power stations operating at a high utilisation factor as demand for electricity exceeds supply. On the other hand, the power utilities do not have the funds to invest in maintenance of the current power plants or replace the assets that have reached their end of life.

Southern Africa has a high irradiation rate (the measure of solar potential) that ranges between 1 500 and 2 000 kilowatt hours (kWh) per year. This indicates that the weather conditions are better suited for solar than the world’s current top solar producers, such as Germany. Germany has approximately 1 000kWh per year photovoltaic power, but produced 46.5 terawatt hours (TWh), which accounted for 9% of the country’s net electricity supply in 2019.

In contrast, Southern Africa’s solar industry produces 1% of the total electricity supply. This is an underutilisation amid a regional energy crisis, where demand will continue to exceed supply over the next 15 to 20 years.

In addition to favourable sun exposure, Southern Africa has an incredibly low population density of just 25 people per square kilometre. In comparison, Germany is almost 10 times more densely populated. Vast portions of land are available and can be used to install solar plants. As an example, the Kalahari and Namib deserts cover 930 000km2 and 81 000km2 of land, respectively. While all this land may not be suitable for building solar plants, an opportunity exists to use some of it for solar-related initiatives. The expense of setting up and commissioning the required energy distribution infrastructure could, however, limit the viability of this alternative.

The cost of solar energy production is declining, driven by better technology, increased manufacturing volumes and increased government auctions for renewable energy, to meet renewable energy targets agreed upon at the 2015 UN Paris Agreement. It now costs US$0.068 to produce 1kWh of solar energy, compared to US$0.378 in 2010. These cost improvements are expected to continue with further technology advancement in solar panels, inverters and storage, and with increased competition and economies of scale that come with rising adoption rates. Such global dynamics will benefit Southern Africa’s cost-sensitive market.

Despite the push to resolve the energy crisis and adopt cleaner energy sources, Southern Africa’s solar uptake has been low. The middle-income households that might be able to afford solar installations have difficulty grasping solar energy’s value proposition with regards to upfront costs, return on investment and utility electricity substitution.

In South Africa, to install a grid-tied solar home system for a 3- to 4-bedroom standalone home costs between R150 000 and R200 000. After spending this considerable amount of money, a minimum expectation for the buyer would be to transition to off-the-grid electricity consumption with little to no electricity being drawn from the grid. Sadly, this is not the case with an off-the-grid solar solution expected to cost between two to three times more, depending on devices such as geysers, pool pumps, stoves, microwaves, irons and kettles used within these households. The value proposition for solar energy would, thus, need to be further justified from a pricing and optimisation standpoint. An example solution would be to use a hybrid energy solution that combines solar with gas for heating and cooking purposes or coming up with higher purchase terms for acquired solar solutions, with payment periods ranging between five and 20 years.

Lessons can be learned from India, which has a GDP per capita of $2 104 per annum, slightly lower than countries in Southern Africa, which have an average GDP per capita of $2 114 per annum. Despite India being slightly worse off in terms of living standards, it is the third-largest producer of solar power in Asia, with a capacity of 27GW as of 2020, aiming to reach 100GW by 2022.

The power generated by the solar facilities is 22.8% of its total renewable energy capacity. India got it right through setting up specialised bodies for renewable and solar energy: the ministry of new and renewable energy and subsequently the Solar Energy Corporation of India that accelerated adoption of solar power.

Tax incentives that include the accelerated depreciation benefit and tax holidays between 2010 and 2015 also contributed to the increase in uptake. The subsidies and incentives were targeted at utility scale, open-access solar farms and rooftop solar plants. The ease of doing business also resulted in an influx of foreign direct investments (FDI). India allows 100% FDI for renewable energy projects to facilitate easy transfer of capital and technology. In addition, tax breaks are given for setting up mega-manufacturing plants for solar cells, lithium storage batteries, electric vehicles and charging infrastructure. It is also focusing on strengthening the grid to enable seamless and increased integration of renewables.

For solar energy to work in Southern Africa, the solar installers should provide solutions on the appliances that cannot be used when there are power outages. They can pair a solar home system together with solar geysers and gas for heating and cooking to ensure a seamless transition during power outages.

In addition, installers should team up with financiers to offer a package that uses operational models instead of capital expenditure models, thus removing the burden on exorbitant upfront costs.

The installers and financiers should aim to ensure that households either replace their current electricity bill for the middle-income market, or the cost is easily affordable, especially for the lower-income households. This can be achieved through longer payment periods, which will break down the costs into manageable monthly amounts.

Other solutions that could be considered include favourable government policies for both installers and consumers, which reduce the net cost of acquiring solar solutions. These changes will help improve the uptake of solar energy in Southern Africa.