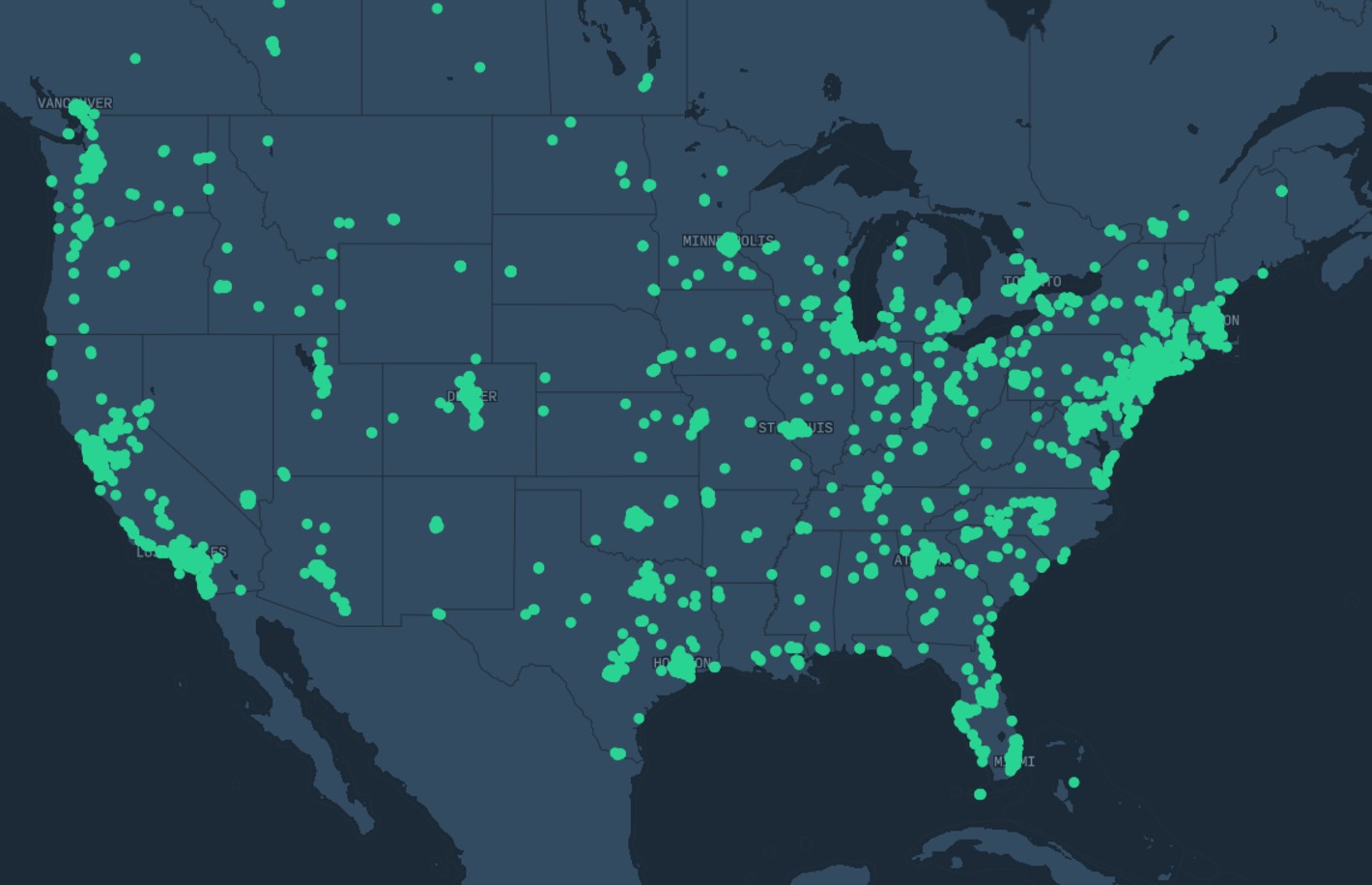 Helium’s plan to create a decentralized wireless network may be about to gain altitude.

The company, which aims to create a token-powered wireless network for Internet of Things (IoT) devices, announced Tuesday it’s no longer the sole manufacturer of Helium hotspots, which create the Helium network by mining the project’s HNT cryptocurrency.

RAK Wireless, a China-based manufacturer of IoT hardware will begin selling a new, cheaper version of the hotspot, potentially giving the whole enterprise a lift.

Quick refresher: Helium aims to create a new kind of wireless network, one that’s suited for data from low-power applications like tracking location, but also is completely separate and independent from existing telecom networks. While Helium maintains the network, it’s peer-to-peer, meaning it’s created by individuals owning and operating their own nodes.

Enter the Helium hotspot. For over a year, individuals have been able to buy and deploy one of the bologna-sandwich-sized hotspots, which both acts as a node in the network (via low-bandwidth wireless tech called LongFi) and rewards the owner by mining HNT crypto tokens.

Read more: Crypto-Powered IoT Networks Are on Their Way to Over 250 US Cities

Until now, the only way to get a hotspot was to buy one from Helium for $495 apiece. The RAK Hotspot Miner, available today in North America and coming “soon” to Europe and Asia, costs $249, or roughly half. It’ll be sold exclusively through Cal-Chip, an online vendor of IoT devices. The components are nearly identical to Helium’s model, according to the company, but RAK can offer a lower price since it can take advantage of economies of scale that Helium can’t.

“This is the first of what we hope will be many third parties building compatible hardware,” Helium CEO Amir Haleem said in an interview. “It’s an enormous step for us because up until now, we’ve been the only manufacturer and we’ve been the bottleneck. We can’t be the only entity contributing to [the network], both from a price point of view but also it doesn’t speak well to the decentralization story.”

The buyers of Helium’s hotspots have typically been enthusiasts who see the value in a low-power network or companies that want to leverage the technology itself.

A company that wants to use the network to, say, track the location of its rental scooters can exchange HNT for data credits, which Helium also manages, and have a fixed price in dollars. The more hotspots in an area, the better the tracking – which also would likely fuel demand for HNT, which was trading at $1.75 as of press time, according to Messari.

You can see where this is going. With the RAK Hotspot lowering the bar to entry, more Helium owners may start to purchase them just to mine the cryptocurrency. If that happens, and those people are spread out in enough different places, Helium’s dream of decentralized wireless (which it calls, with a straight face, “DeWi”) might start to solidify, turning all those hotspots into valuable investments.

“Building wireless infrastructure this way and having access to the internet be decentralized and not controlled by one entity is a must-have step in the evolution of the internet,” said Haleem. The existing universe of low-power access points and gateways is, quite frankly, a clusterf**k. So it’s great to have a third party start to get involved in the foundational infrastructure.”

Helium’s technology is promising, but far from ubiquitous. The company says it’s sold about 12,000 hotspots, although public network stats say only 8,641 are active. And while that still sounds like a lot, it takes between 100-200 hotspots to bring a single city “online.”

A few well-known companies, including Lime and Salesforce, have used Helium’s tech, but it’s early days.

In short, Helium needs to rise a lot further to reach its decentralized wireless utopia in the clouds, and its bubble could pop anytime. But at least with RAK Wireless coming on board, the weight of that journey is a little lighter.