bit2Big > Africa News > In conversation with Kizito Mihigo, the gospel singer who died in a Rwandan jail 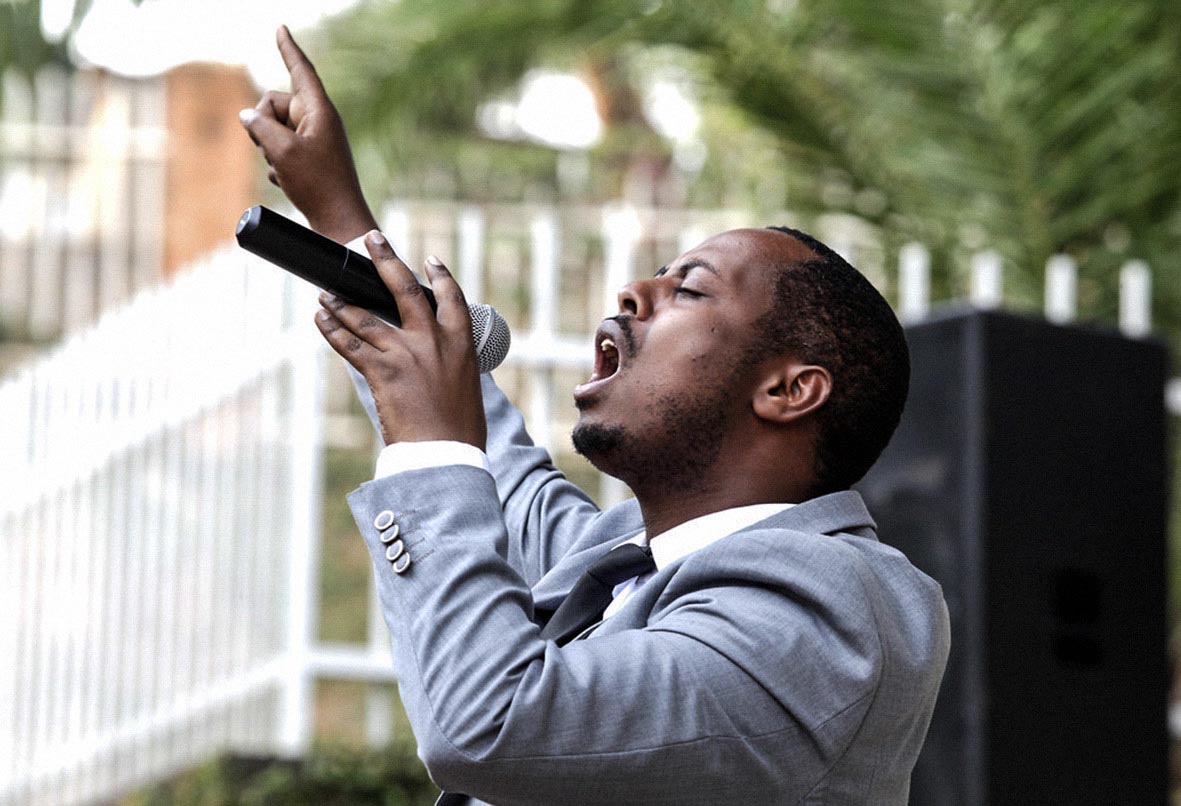 Isolated from friends and family, struggling to pay bills and blacklisted from the nation’s airwaves — newly released recordings reveal why the popular gospel singer and peace activist Kizito Mihigo attempted to flee Rwanda in February 2020.

His escape was unsuccessful, and he died in a Rwandan police cell on 17 February.

Watch the video recording of one of Kizito Mihigo’s last interviews.

Speaking before his attempted escape, Mihigo said he planned on crossing into a neighbouring country to seek asylum due to the threats and constant censorship imposed on him as a musician. He said he felt increasingly constrained by the straitjacket imposed on artists by Rwanda’s authoritarian system.

“You can’t work or draw inspiration from your Christian faith, to give a universal message. You must only be inspired by those in power, from the president [Paul Kagame] … The only thing they want is for us to sing the praises of President Kagame,” he said.

The recordings were made with his permission in January 2020, one month before his death, and go against Rwandan government allegations that Mihigo sought to leave Rwanda to join an opposition movement.

He died in police custody shortly after he was apprehended while attempting to unofficially cross into Burundi.

The 38-year-old Mihigo was once hailed as a national icon, and saw it as his mission to compose healing music that promoted reconciliation.

A survivor who lost his father in the genocide, his songs were broadcast nationally across Rwanda, receiving the praise of both the Rwandan masses and of Kagame himself.

But it was that popularity, as well as his deep Christian faith, that opened him up to the suffering of the victims of the Rwandan Patriotic Front (RPF), which has ruled the country since 1994.

As he toured the country with his music, Mihigo befriended Hutus who had lost family members or witnessed RPF massacres.

In 2014, he released The Meaning of Death, a song that mourned both Tutsi and Hutu killings. It crossed a red line by challenging the official narrative that only Tutsis were killed.

He was abducted, and, after being forced to falsely confess to state crimes under threat of death, was sentenced to 10 years in prison. In a separate conversation recorded in May 2018 while he was still incarcerated, he explained what happened and what compelled him to write the song.

“I became aware that there are so many Rwandans who experienced violence, but it’s not recognised as genocide. All suffering must be recognised,” he said.

Mihigo was released from prison in 2018 after receiving a presidential pardon. But he was blacklisted by authorities and subject to constant surveillance and intimidation.

Mihigo said he wrote two new compositions for the 2019 genocide commemorations. Both were rejected by Rwanda’s censors.

Other musicians and officials avoided him for fear of being seen with a perceived “traitor”, he said. He was unable to recoup royalties for past compositions, including a song he wrote that was often played at RPF rallies.

To pay his bills, Mihigo gave music lessons to children, and admitted to being lonely, fearful of the consequences of sharing his thoughts with anyone. “I live an isolated life,” he said. “I don’t have friends. Even my family, I can’t talk to them.”

Mihigo was required to check in with police every month and was banned from international travel. In the recording, he said he felt increasingly confined by his inability to use music to express his message of healing.

“I prefer to live badly, to live with difficulty, but being free inside, than to do what they want and being really chained up, without being myself,” he said.

Near the end of the conversation, Mihigo said he feared for his life.

“Sometimes I ask myself if I’m really safe,” he said. “It’s not clear that these people don’t have plans to do me harm.”

International human rights officials cast doubt on his official cause of death as “suicide by hanging” and called for an independent, transparent investigation.