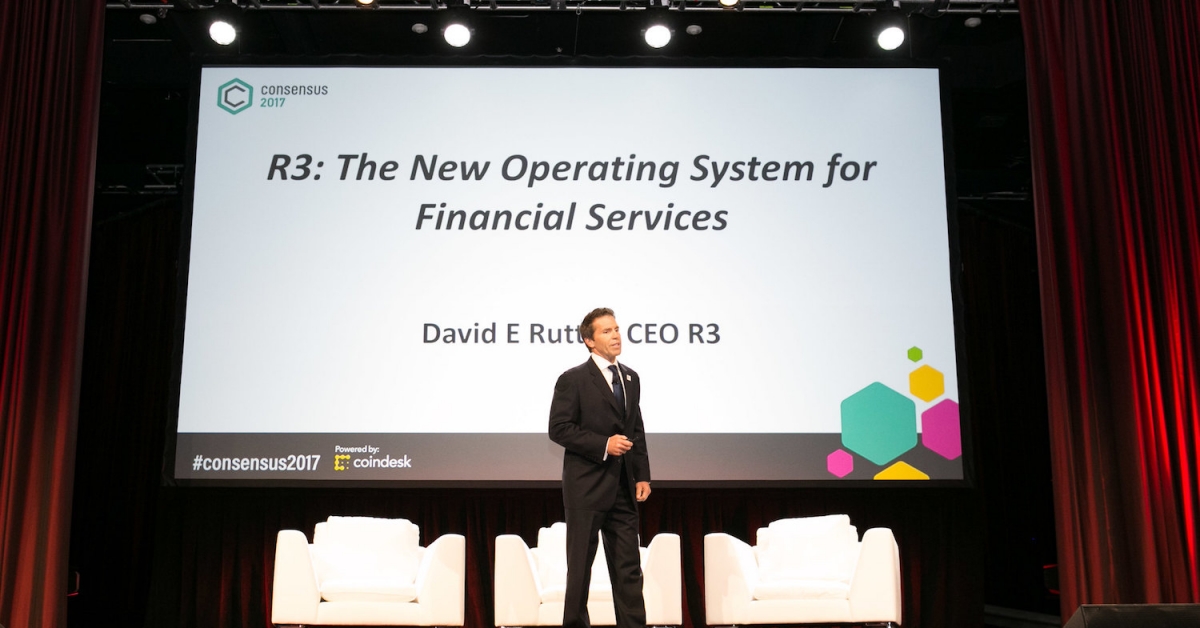 News this week that R3 and IBM are working together raised eyebrows, because each entity has been on different and competing sides since the early days of enterprise blockchain.

From next month, the commercial version of Corda (the version big banks and the like are paying R3 for) will be made available via IBM’s LinuxOne servers, delivering a hybrid of on-premise and cloud offerings. R3 announced the news at its annual developer conference, CordaCon.

Blockchain tribalism – R3’s Corda competes with Hyperledger Fabric, the enterprise blockchain heavily backed by IBM – has been put aside in favor of commercial sense, it seems. IBM’s LinuxOne business is far bigger than its nascent blockchain concern, while many large banks that have vendor relationships with IBM use Corda.

“This started an interesting conversation in IBM, where LinuxOne came to us and said they wanted to work with us,” Charley Cooper, managing director at R3, said in an interview. “If you’re a highly complex, heavily regulated industry, and you want the best technology but you want the name brands to take to your risk manager to say, ‘Trust us, we’re picking the best vendors,’ now they’ve got the best of both worlds.”

The enterprise blockchain space, which attempts to retrofit Bitcoin’s distributed ledger technology within the private settings of big companies, has evolved into three broadly separate camps: R3 Corda, Hyperledger and enterprise variants of Ethereum such as Quorum.

There has been some crossover between these tribes. IBM, for instance, has also experimented with other DLTs such as Hedera Hashgraph, and also with the Stellar blockchain, but the vast majority of Big Blue’s blockchain efforts are focused on Hyperledger Fabric, which is the basis of the IBM Blockchain Platform.

“While there’s some sort of tribalism within the blockchain community, it’s not so in the broader technology community,” said Cooper. “They’re not tribal, they want to see if they can deliver for clients. And if they can, the flavor of blockchain is not a concern for them.”

R3, while also being a member of Hyperledger, is known to be a scrappy contender when it comes to closing commercial transactions.

Times have changed, said HACERA CEO Jonathan Levi, one of the original engineers working on Hyperledger. The market is moving very fast, and these business networks are becoming specialized, he said.

“R3’s decision to leave the table and to build their own ecosystem on one framework, helped them move a lot faster,” said Levi, referring to the early days with IBM, Intel, Cisco, R3, Fujitsu and others around the engineering whiteboard.

“This is a great moment for our friends R3 and the Corda ecosystem, and for some of IBM’s customers who rely on mainframes,” he added. “I believe that we will see more multi-party systems that rely on open standards and provide more optionality and security by having multiple vendors involved.”

“This is yet one more example of what we’ve been saying since our inception, which is that the enterprise blockchain space is really big and will continue to be served by more than one protocol,” Behlendorf told CoinDesk via email.

“Congrats to R3 for their continued commercial success, it helps all of us in the enterprise blockchain space,” Behlendorf said.