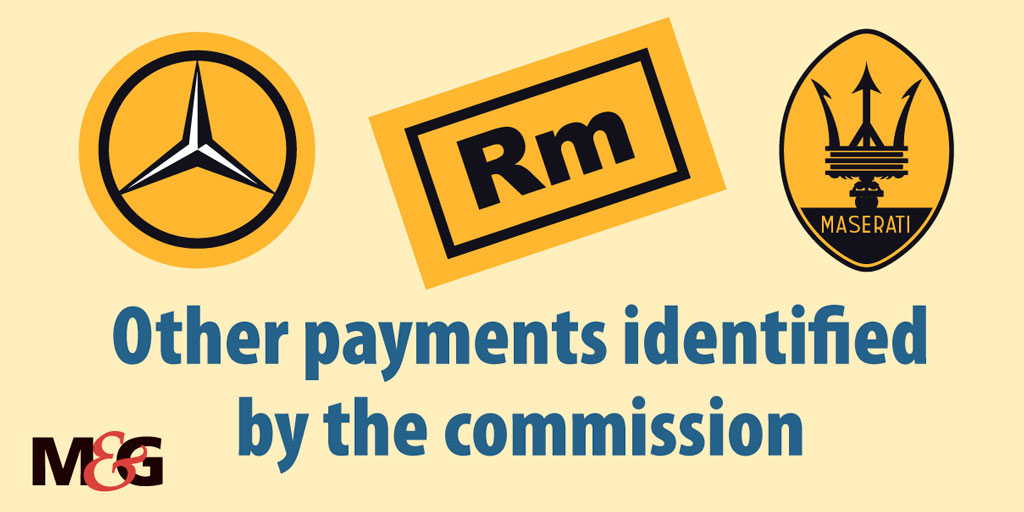 The Hawks’ wave of high-profile arrests is set to continue on the weekend with the focus shifting to the looting of the VBS Mutual Bank. Two sources with intimate knowledge said warrants of arrest for several ANC politicians who are considered to have influenced the deposits have already been signed, and that arrests are imminent.

The names of the Limpopo-based politicians are known to the Mail & Guardian.

The head of the Hawks, officially known as the directorate of priority crime investigation, General Godfrey Lebeya, would only tell the M&G his officers had been preparing to make arrests earlier.

“[On Tuesday] we should have had some appearances in court, but there are other things that needed to be done. Remember we are not working alone in this space, and especially [since] we support when it comes to prosecution. But everything is packaged now,” he said.

Lebeya said he was confident that by October 7, when the five people who were arrested earlier this year return to court, they will likely be joined by others in the dock.

“There is a thinking that they should not be appearing alone… We also want to be moving into the municipalities … We are ready and it’s a matter of ensuring that we don’t make some mistakes [by jumping to people at the end of the value chain],” he said.

The VBS Mutual Bank was liquidated after more than R2.5-billion in deposits from the government and community schemes and stokvels of poor pensioners in Limpopo province were looted. The loss included R1.5-billion in unlawful investments made by municipalities despite instructions from the treasury not to.

In July, eight people, including the bank’s chair Tshifhiwa Matodzi, chief executive Andile Ramavhunga, chief financial officer Philip Truter, and two employees at the Public Investment Corporation appeared in court in relation to R122-million that was stolen from the bank.

This week the Hawks arrested six high-profile people for their role in the R250-million project to audit asbestos in houses in the Free State.

They will be asked to plead to a raft of charges including fraud, money laundering, and contravention of the Public Finance Management Act. Businessman Edwin Sodi, former Free State human settlements department head Nthimotse Mokhesi, and former Mangaung metro mayor Sarah Mlamleli are set to appear in the Bloemfontein high court on October 2. A seventh suspect, former national human settlements director general Thabane Zulu, handed himself over to the Hawks on Thursday afternoon.

The Free State has featured prominently at the judicial commission of inquiry into allegations of state capture chaired by Deputy Chief Justice Raymond Zondo. He has listened to testimony about three contracts, with a combined value of R2-billion, that were awarded in that province over the past decade, and where state money was paid without any tangible results.

The sheer weight of the testimony prompted him to make the following reflection last Wednesday: “It is quite concerning that a lot of money set aside for building houses for people seems to have ended up in the hands of suppliers and contractors … more than R500-million I was told, and yet no houses were built.

“It is very concerning because the government is there to ensure people get the services they need. A few weeks ago we heard evidence about the asbestos project. I heard evidence that the job could have been done for a cost of R21-million but the provincial government gave the job to a joint venture for more than R250-million.”

He also referred to the Vrede dairy farm that never benefited black farmers, though millions were spent.

Evidence put before the commission by its investigators shows Sodi, whose company Blackhead Consulting was awarded the asbestos contract, made R34-million in payments to politically exposed persons.

Speaking to City Press last week, Kodwa confirmed the payments but said it was a matter between friends, while Nxesi’s office said the payments were school fees for children of a deceased former trade unionist. Mkhize could not be reached for comment at the time of going to print, but it is understood that payments to him were in fact donations to the ANC. At the time Mkhize was the party’s treasurer general.

Government officials involved in the awarding of the contract also got paid. Zulu had R600 000 paid to a car dealership where he bought a Range Rover, while provincial department head Nthimotse Mokhesi had R650 000 paid towards a property.

Zulu has previously said the payment was payback to Sodi for a loan, while Mokhesi could not be immediately reached for comment.

Both the VBS and asbestos matters highlight the role the ANC, through its leaders, plays in the siphoning off of state funds. Corruption within the ranks of the organisation’s leadership prompted President Cyril Ramaphosa to write a letter to ANC members in August saying their collective failure to implement conference resolutions around corruption had led to it flourishing. The letter was met with disdain from some quarters, including former president Jacob Zuma, who said it brought the organisation into disrepute.

The ANC also came in for criticism from its alliance partners in July after it reinstated suspended Limpopo provincial executive committee members Florence Radzilani and Danny Msiza to their leadership positions. The two had been suspended over allegations related to deposits being made by municipalities to VBS.

The M&G has previously reported that former mayor Radzilani was found, by Terry Motau’s forensic investigation report into the theft of money in VBS, to have complained about R300 000 allegedly given to her by the bank after her municipality deposited R300-million in the bank. The information was gleaned from the phone of former ANC Youth League leader Kabelo Matsepe — who is widely regarded as one of the middlemen between the municipalities and VBS. Motau also revealed ANC Limpopo provincial secretary Danny Msiza and Matsepe paid gratification to municipal officials who invested municipal money in VBS. Msiza recently won a court bid to have findings made against him by Motau in the report set aside because he was not afforded the opportunity to respond before it was published.