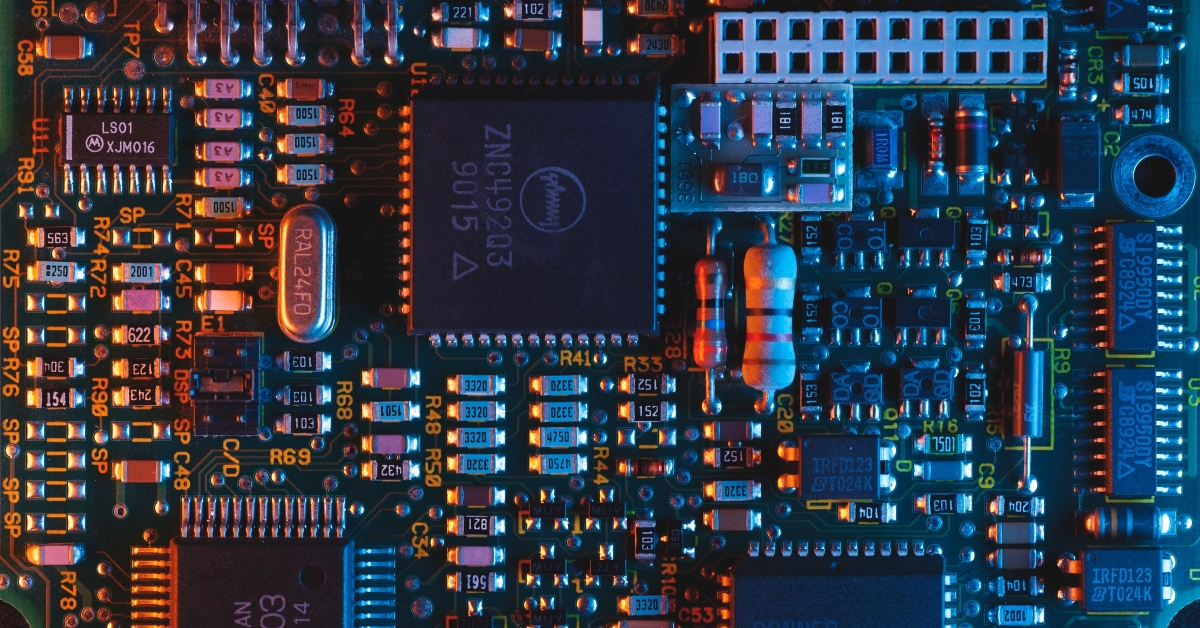 I started thinking about the power and value of this very old ecosystem when I was asked a question by a member of the EY developer team: What data should go in a blockchain purchase order token? The answer is already out there. It’s been out there for 50 years. There is no need to reinvent the wheel (or the purchase order).

In 1950, all the countries in the world exported a combined total of $61 billion in goods. In 1970, that number had risen 500% to nearly $320 billion. The world’s paper-based systems for trade and logistics were already close to the breaking point.

Paul Brody is a Principal and Global Blockchain Leader at EY.

The need for some kind of digital automation was urgent. Different global industry groups started to put together standards for digitizing commerce, of which the most important came to be known as the Electronic Data Interchange (EDI).

The EDI compressed the typical interactions that companies have with each other into standardized digital messages. The result was, over time, a standardized way for companies to interact online.

Ask a supply chain executive how they think about operations, and many of them can respond in a sequence of EDI message standards: 850 for purchase orders, 856 for shipment notices, 846 to confirm receipt and 810 for invoice message.

When matched with the emerging digital financial standards promoted by the Society for Worldwide Interbank Financial Telecommunication (SWIFT), it was possible to build a fully digital, global supply chain in the 1970s. The SWIFT standards emerged in the world of banking at nearly the same time as EDI, and the result was something that looked very close to smart contracts, including digital payment execution to close the loop.

Let’s learn from and seize the insights available from decades of digital commerce to build for the future.

Despite all the analog gaps, SWIFT and EDI are used to manage more than $19 trillion worth of cross-border trade, dwarfing any blockchain solution currently out there. But blockchain will get there. And it will get there by learning from and adopting these core technologies, rather than trying to re-invent all of them.

The world of blockchain has tended to focus a great deal on SWIFT and international payments. The reality is that trade and finance go hand-in-hand, and to scale the world’s blockchains, we need to start taking more pages from the enterprise commerce playbook. Financial systems are not just about moving money; they are about moving money to pay for products, services and investments in infrastructure.

EDI is not very standardized. There are, in fact, numerous different standards in use. Further, both EDI and SWIFT  are essentially limited to point-to-point messages (a significant issue in an era when most commerce spans multiple companies). And they are not designed to execute business logic: That must all be done outside the system, meaning none of the logic can easily span shared business environments.

The result is a system that has scaled enormously well, but within the constraints of a very narrow set of capabilities. Even simple rules-based interactions like having a supplier send a truck to replace a product when it runs low is not easy to implement, since that requires multiple parties – the buyer, the seller and a logistics partner – with shared business rules that require them to keep track of things like inventory levels.

In the world of blockchain, there is an immense opportunity to build a truly integrated system. Within blockchain-based systems, we can call upon many different participants and shared business logic. We can also seamlessly manage the transfer of goods and services as well as the integration of payments because value, data and assets are just different kinds of tokens.

See also: Paul Brody – Enterprises Would Use DeFi, if It Weren’t so Public

The fastest way for us to get to that future promised land is to learn our history. So much of this work has been done before, from purchase orders to payment systems. Instead of dismissing the systems that have worked so well for decades, we should copy and improve.

Steve Jobs loved repeating the saying, “Good artists copy, great artists steal.” Let’s learn from and seize the insights available from decades of digital commerce to build for the future.