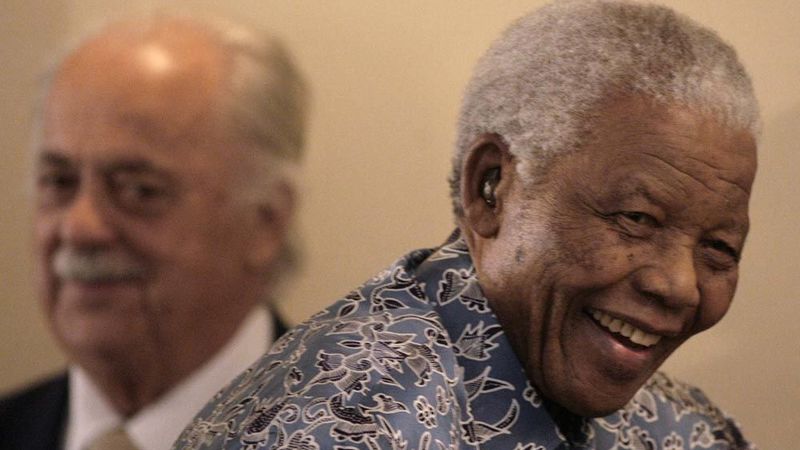 Internationally, Nelson was a hero, and no more so than in Greece, where he was regarded not only as a world statesman, but also as a friend. On Sharpeville Day in 1983, the ancient Greek city of Olympia (the birthplace of the Olympic Games in the valley of Ilias in the Peloponnese) had conferred honorary citizenship on him. The prison authorities had withheld the official letter notifying him and he was oblivious to the recognition.

… He would later tell me that he considered it one of the most important awards conferred on him.

It is fitting that the first and only holiday that Nelson and I ever took together was in Greece. In 2002, he and Graça were invited to Athens as guests of the minister of foreign affairs, George Papandreou. Arethe and I accompanied them and the four of us planned to holiday together after the official business of the trip was concluded.

Our itinerary included a yacht trip to certain of the Aegean and Ionian islands, and a stop in the Venetian-built harbour of Koroni, the port town near my family village of Vasilitsi.

Arethe and I arrived a few days before Nelson and his party. Our room was on the floor above his in a luxury hotel on Constitution Square in Athens. After Nelson had settled in from the airport, he rang me and asked me to come down. I found him in the semi-darkness of the draped lounge of the presidential suite and I drew back the heavy curtains to allow in the white heat of noon. Before us the panorama across Constitution Square stretched from parliament to the Parthenon.

“George, are you sure that I have not been here before?” Nelson said in a voice barely above a whisper. He was staring as if dazed at the Acropolis.

… “Greece is the mother of democracy and South Africa, its youngest daughter,” Nelson proclaimed to the large audience at the first event to welcome him to Greece and to honour his support for the Olympic Truce campaign, as well as for his contribution to the advancement of universal peace.

George Papandreou had campaigned to restore the spirit of the ancient Olympic Games by calling on the nations of the world to adopt what was in antiquity known as Ekeheiria — “the Olympic truce”.

The terms of this truce required all hostilities to cease for seven days before and after the games to allow the athletes, officials and spectators to travel to Olympia, participate in the games, and return home in safety. Papandreou hoped that the initiative would demonstrate the positive contribution that sport could make to global peace.

In 2001 he had asked me to approach Nelson to be a sponsor of the initiative … Nelson had agreed.

The opening function for Nelson’s visit took place at the Megaro Mousikis, the largest concert hall in Greece. Ambassador Stavros Lambrinidis, the director of the International Olympic Truce Centre, asked us to stand as George Papandreou and Nelson Mandela appeared on stage. Nelson was already seated between Lambrinidis and Papandreou when he asked audibly: “Where is George? Let him come here.” I was sitting with the rest of his party in the area reserved for diplomats, but was called up to join him. Slightly embarrassed, I whispered short summaries of the speeches delivered in Greek into Nelson’s ear in the hope that my sudden elevation would not offend those who preferred strict adherence to protocol.

… As Nelson took his pen from his inside jacket pocket to sign the declaration, already endorsed by presidents, prime ministers, members of parliament and religious leaders from across the world, he received a standing ovation.

The world-renowned composer Mikis Theodorakis, who had survived the German occupation, civil war, detention without trial, torture and exile, came forward. He stretched out his hand to Nelson, who grasped it firmly to enthusiastic applause.

“Your example shows us that everything is possible, even world peace,” Mikis told Nelson.

After George Papandreou had signed he invited me to do the same, followed by a number of intellectuals, academics and artists. The few among them who made speeches addressed themselves to Nelson, describing him as a hero, icon, world leader, peacemaker, reconciler and (could there be higher praise from such an audience?) “a committed philhellene”…

President Konstantinos Stephano-poulos also hosted a function for Nelson. He expressed his regret that Nelson had not managed to visit Greece while he was president of South Africa … but assured Nelson that in the eyes of the Greeks, if not the whole world, he was still President Mandela.

There was one more official engagement planned for the following day with the trustees of the Alexander S Onassis Foundation, before we were to board the yacht. Ambassador Economides and his wife Athena, Nelson’s personal assistant Zelda la Grange, my sister Vaso, and my son Kimon were to join the party.

As I readied myself for the Onassis Foundation meeting, the phone in my hotel room rang. It was Zelda. She asked me to come down as Nelson was not well with a stomach ailment …

We changed our holiday plans and booked into a quiet seaside resort on the east coast outside Athens instead. The well-wooded hotel gardens sprawled onto a secluded beach and Nelson was able to relax and recuperate.

Each morning he and Graça would breakfast in their suite, but we would lunch and dine together, usually in the cool breeze of the openair restaurant on the edge of a cliff overlooking the sea. Nelson was fond of quoting the advice of an eastern philosopher that you should have a hearty breakfast, share your lunch with a friend and make a present of your dinner to your enemy. Nevertheless, he would join us after sunset as the bright August moon rose over the horizon and invariably have something to eat.

We spent our days at the shaded garden tables edging the powdery sea sand of the Aegean. Graça, Zelda and I would swim while Arethe sketched and Nelson read. Nelson was frequently interrupted, but responded with his customary grace to the solicitations of the hotel staff …

Nelson and I agreed that we would return together to Athens for the Olympic Games. As it turned out, both Cape Town and Athens wanted to host the 2004 Olympic Games. When Cape Town was eliminated, Nelson canvassed members of the International Olympic Committee, particularly the Africans, to use their votes in favour of Athens. His efforts to secure the games for Greece won him even greater admiration there and ultimately helped bring the Olympics home.

This is an edited excerpt from 65 Years of Friendship: A memoir of my friendship with Nelson Mandela, published by Umuzi, an imprint of Penguin Random House SA 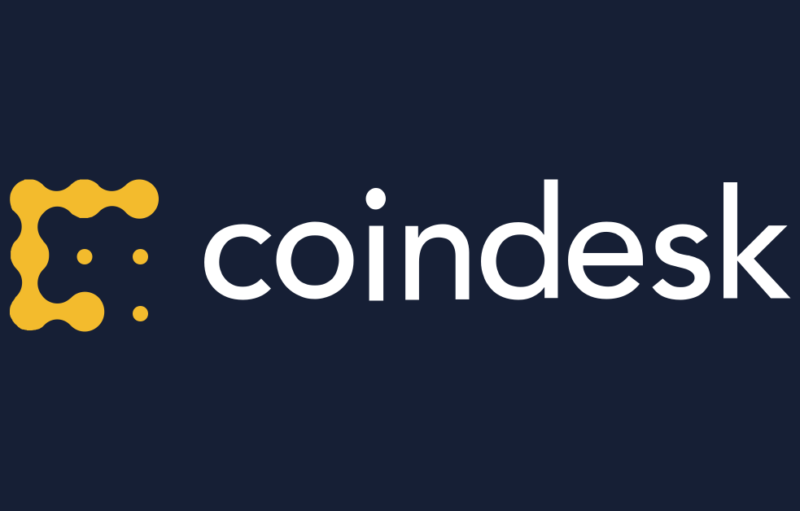 Get Yourself a Little Bit of Bitcoin | 2020 Holiday Episode