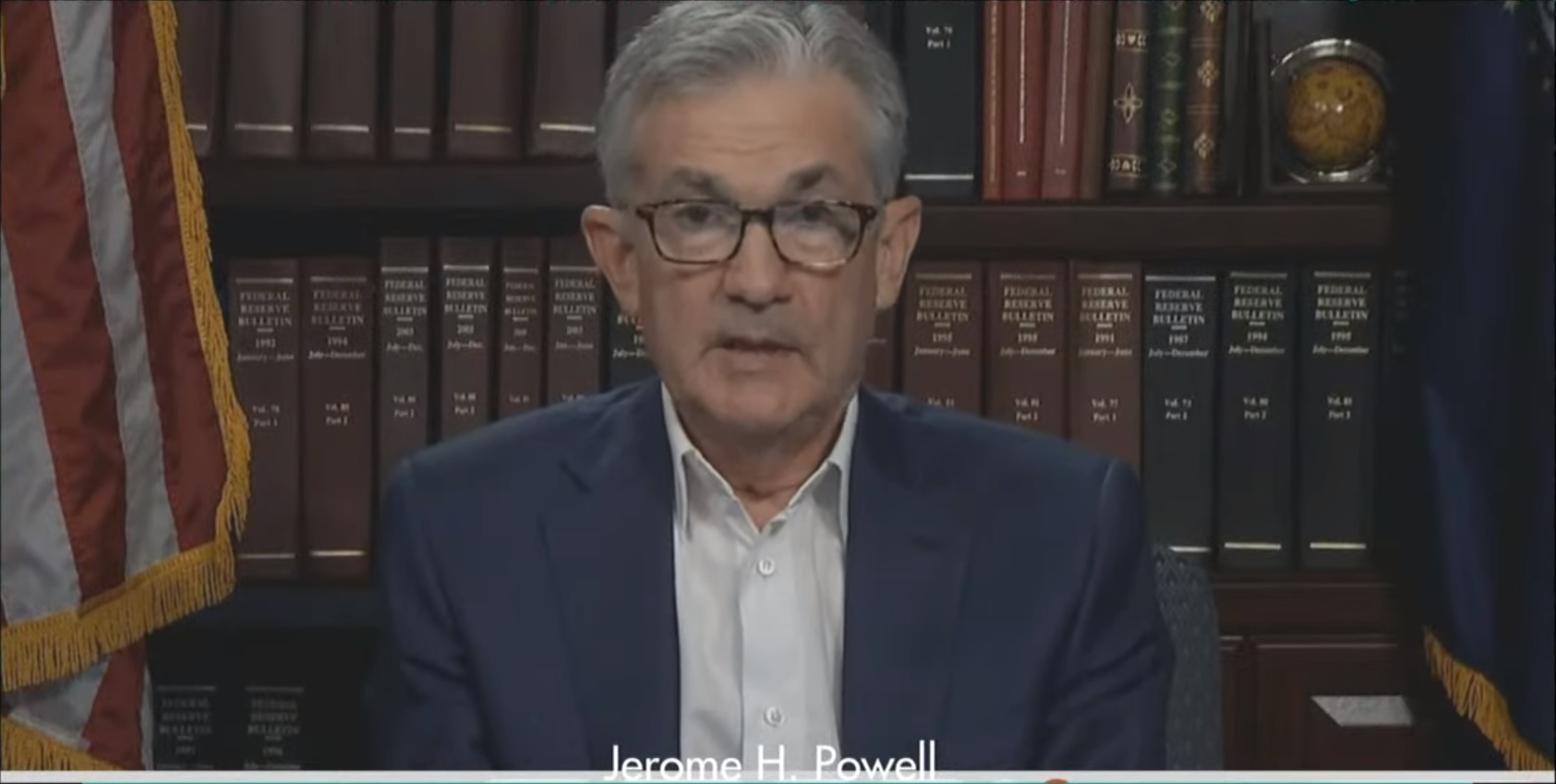 Frances Coppola, a CoinDesk columnist, is a freelance writer and speaker on banking, finance and economics. Her book “The Case for People’s Quantitative Easing” explains how modern money creation and quantitative easing work, and advocates “helicopter money” to help economies out of recession.

The Federal Reserve has just announced a change to its inflation targeting regime. Instead of shooting to hit 2% every year, it will aim to achieve 2% “on average” over an unspecified period of time. So, if inflation runs below target in 2020 and 2021 because of a pandemic-induced recession, the Fed might allow inflation to rise above 2% and stay there during 2022 and 2023, thus achieving an average of 2% from 2020 to 2024. The idea is that by allowing inflation to run “moderately” higher, the Fed could maintain low interest rates and quantitative easing [QE] long enough to achieve full employment, rather than starting to withdraw it before full employment is reached.

There’s only one problem with this. There’s absolutely no reason whatsoever to think that temporarily raising the Fed’s inflation target would raise inflation.

Ever since the financial crisis of 2008, the Fed has struggled to meet its inflation target. As this chart shows, the Fed’s preferred measure of inflation, core personal consumption expenditures (PCE), has rarely come close to 2%, let alone exceeded it:

This is despite interest rates at historic lows and, latterly, an extremely strong labor market. In his speech at the Jackson Hole conference, the Chairman of the Federal Reserve, Jay Powell, commented that the inverse relationship between inflation and unemployment, upon which Fed interest rate policy has traditionally relied, appears to be broken:

The historically strong labor market did not trigger a significant rise in inflation. Over the years, forecasts from [Federal Open Market Committee] participants and private-sector analysts routinely showed a return to 2 percent inflation, but these forecasts were never realized on a sustained basis.

Basically, until the pandemic hit, everyone was working but they weren’t getting pay rises. So there was no sustained upwards pressure on consumer prices from wage demands.

There wasn’t any sustained inflationary pressure from money creation, either. The failure of QE to return inflation to the Fed’s target is one of the big mysteries of the last decade. All that new money should have set off an inflationary spiral – but it didn’t. Well, not in consumer prices, anyway, though it has inflated asset prices, and continues to do so.

To be sure, the Fed is far from the only central bank struggling to get inflation off the floor. The ECB has failed to meet its 2% target for the whole of the last decade. And the Bank of Japan has never managed to raise inflation above zero for any length of time, despite negative interest rates, massive QE programs, and the biggest government debt pile in the world.

This is the dreaded “deflation spiral” described by the American economist Irving Fisher in his essay “The Debt Deflation Theory of Great Depressions.” When there is sustained deflation, those who owe money became ever more indebted. As Fisher put it, “the more the debtors pay, the more they owe”.

In today’s debt-laden economy, American households and businesses are too indebted to cope with sustained deflation. Low, stable inflation at least gives them a chance of paying their debts. If we are to have any chance of reducing the dominance of private sector debt in the economy, deflation needs to be avoided at all costs.

But inflation that is too high is also harmful. It discourages saving and punishes those who have managed their finances prudently. Most people agree that the double-digit inflation of the 1970s was far too high. In this new regime, the question is how high will the Fed allow inflation to rise? At present, we don’t know – and that is not a recipe for confidence in the Fed’s new framework.

But if Japan is anything to go by, the Fed’s new framework won’t make any difference anyway. In 2013, the Bank of Japan raised its inflation target from 1% to 2%. Six years later, there was almost no effect on actual inflation. A central bank’s ability to raise inflation is limited by its tools. The evidence seems to be that when interest rates are nailed to the floor, as they have been in Japan for over a quarter of a century, the tools available to central banks, such as QE and cheap funds for banks, simply aren’t very effective at raising inflation.

Jay Powell’s problem, and indeed the problem now faced by all central bankers, is that he can’t give money directly to people.

This is not the first time U.S. policymakers have announced higher inflation in the absence of policies that might actually create it. In December 1933, the New York Times published an open letter to President Franklin D. Roosevelt from the British economist John Maynard Keynes. In it, Keynes roundly criticized Roosevelt’s plan to raise prices:

“Too much emphasis on the remedial value of a higher price-level as an object in itself may lead to serious misapprehension as to the part which prices can play in the technique of recovery. The stimulation of output by increasing aggregate purchasing power is the right way to get prices up; and not the other way round.”

And he then went on to complain about the outsize role of money creation in Roosevelt’s plans:

From beyond the grave, Keynes sends a powerful message to today’s leaders. If you want inflation to rise, Mr. Powell, you need to get people spending. Announcing that you will permit prices to rise more quickly won’t achieve this. And neither will increasing the money supply, unless that money goes to people who are likely to spend it.

Jay Powell’s problem, and indeed the problem now faced by all central bankers, is that he can’t give money directly to people. Only Congress has the authority to do this. Until it steps up and acts to improve the incomes of those at the low to middle end of the income distribution, low stable inflation will remain a distant dream.

Disclosure
The leader in blockchain news, CoinDesk is a media outlet that strives for the highest journalistic standards and abides by a strict set of editorial policies. CoinDesk is an independent operating subsidiary of Digital Currency Group, which invests in cryptocurrencies and blockchain startups.
0Shares
CoppolaFrancesGiveHigherInflationMoneypeoplePowell

Previous PostIraqi rivers under threat from dams in Iran and TurkeyNext PostThe Audi A7: Meet the new Don

How Zimbabwe’s footballers turned to ‘money games’ for survival