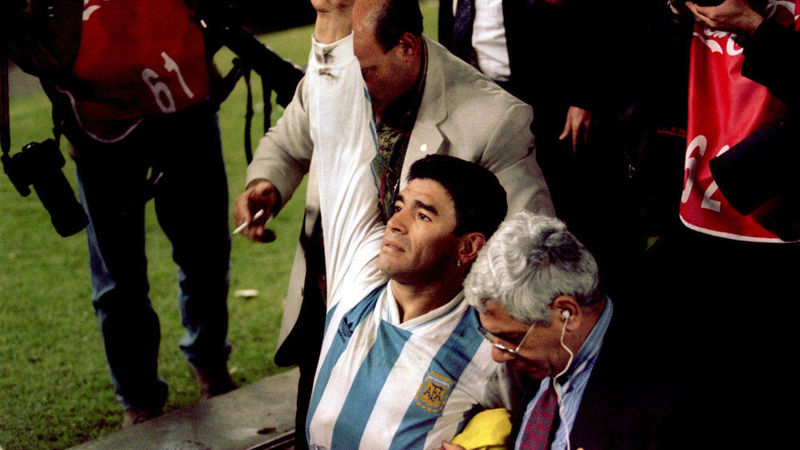 Argentinian football legend and World Cup winner Diego Maradona has died, aged 60. According to media reports, the icon passed away at his home in Tigre on Wednesday after suffering a heart attack.

Maradona had only recently returned home after surgery to remove a blood clot in his brain. Although the operation had been successful, it has been widely reported that his doctors were increasingly concerned about his long-standing health issues — even urging him to check into a clinic for issues related to alcohol dependency.

As a player, the broad-chested attacker had distinguished himself as one of the greatest to ever play the beautiful game. The guile with which he floated across the pitch captivated audiences around the globe and transformed him into a deity in his own country.

After being sent off in the last game of the 1982 World Cup, Maradona returned four years later to produce what is possibly the greatest individual performance the showpiece has ever seen. He all but single-handedly dragged Argentina into the final, inspiring them to a 3-2 win over West Germany to clinch the trophy.

That was also the tournament that would produce football’s most infamous moment: the Hand of God. Having risen alongside Peter Shilton in the quarterfinal against England before pumping the ball in with his fist, he later remarked that the goal was scored “a little with the head of Maradona, and a little with the hand of God”.

It was a performance that immortalised him in Argentina. To this day one can visit the Church of Maradona to give praise to the great dribbler and celebrate Maradona Easter — a commemoration of his brace that knocked out England.

Notably, Maradona was also adored in Napoli. He spent seven of his best years in Italy and won two Serie A titles. Football historian David Goldblatt wrote of his arrival: “They were convinced that the saviour had arrived.”

Towards the end of his career, Maradona was plagued with issues concerning his weight and drug addiction. These health battles would follow him into retirement and he frequently found himself the subject of tabloid headlines, thanks to his reported cocaine addiction and alcoholism.

As a manager later in life, Maradona took charge of a number of teams, including Argentina during the 2010 World Cup and the Mexican side Dorados. There is a Netflix documentary about his latter adventure.

Argentinian President Alberto Fernandez has declared that there will be three days of national mourning following Maradona’s death.