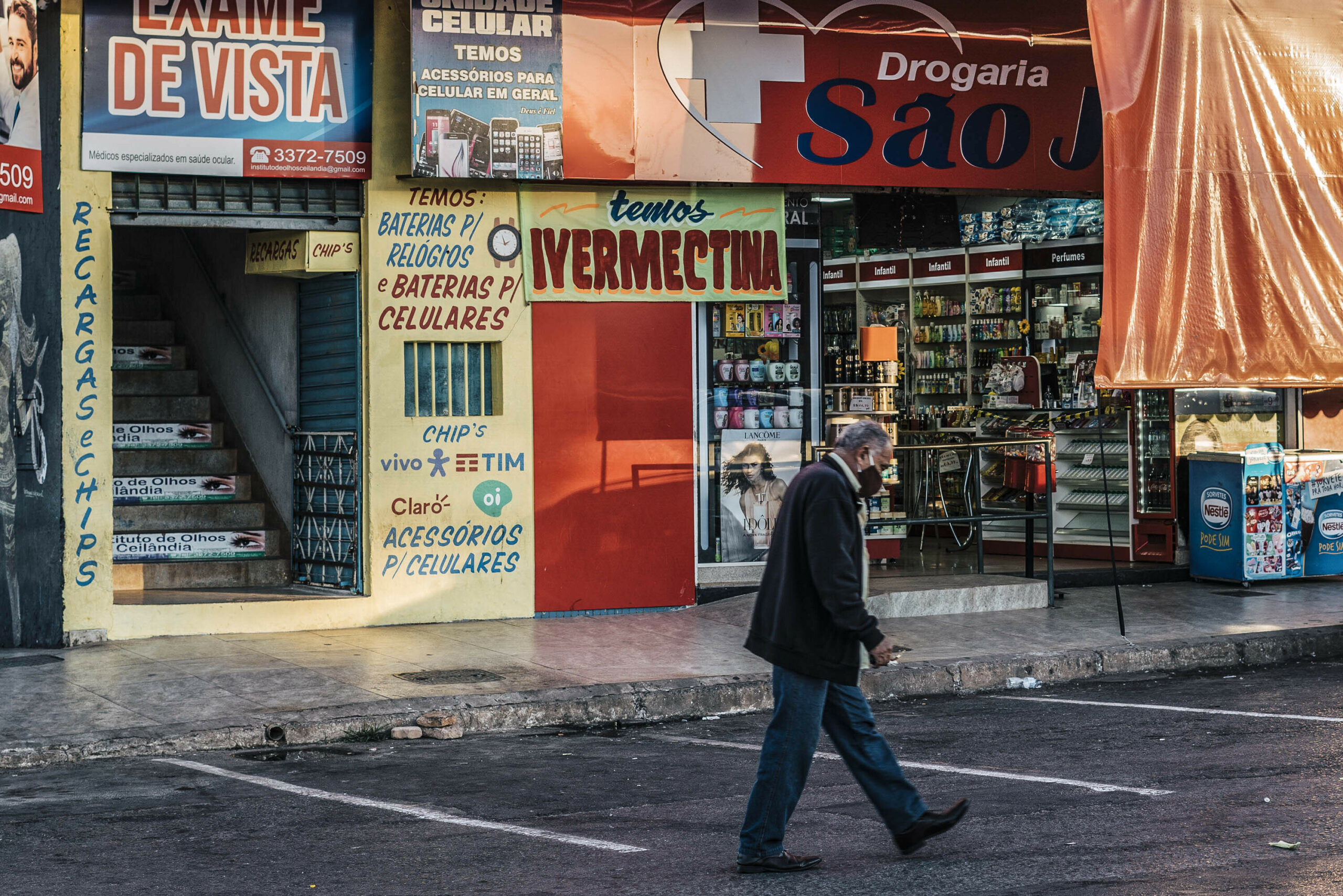 Every now and then a new Covid Miracle Cure™ pops up. First, it was hydroxychloroquine, now it’s ivermectin.

Hydroxychloroquine shot to fame after a study in France, later shown to be flawed in a number of ways, claimed to show it was effective in Covid-19 cases. United States President Donald Trump touted it and one doctor claimed it cured 100% of their cases. Careful studies showed it was more likely to do harm than good. By mid-June 2020, the United States Food and Drug Administration had withdrawn emergency-use authorisation and recommended against using it for Covid-19 patients.

So is ivermectin the next hydroxychloroquine? Or is the South African Health Products Regulatory Agency (Sahpra) committing crimes against humanity — as claimed by some campaigners — by not permitting its use in South Africa for humans? (It is licensed for veterinary use.)

Sahpra’s website shows that it is not simply banning its use, but is actively following the research literature and is open to licensing it if evidence for doing so emerges.

Rather than threaten litigation, those who are convinced that ivermectin is the new miracle cure should fund a comprehensive study. This could be done relatively inexpensively and, if they have the fundraising muscle to fight this in court, they should be able to fund such a study.

What would not be a great idea would be if a technical issue such as efficacy and safety of a drug was decided by the courts. Where does that end?

How angry are these activists? They claim that Sahpra has “banned” the use of the drug; in fact Sahpra simply has not authorised it.

Crimes against humanity, I mentioned already. I was asked to join a Facebook group, “South Africa has a Right to Ivermectin (Sahari)”. One of the first things I posted was some cautions about how to interpret drug regulation.

An administrator dismissed me as not respecting the purpose of the group — supporting ivermectin — and asked me to withdraw gracefully. Before I could compose my goodbye message I was blocked from the group. This is not the way to do science and represents the worst of the social media echo chamber effect.

I would be only too happy if ivermectin or any other inexpensive therapy was discovered. But the hydroxychloroquine experience should be a warning — something that looks good in small-scale studies may turn out to do more harm than good in wider use.

How could a small-scale study look good yet wider use showed that the drug is worse than useless?

Covid-19 is a disease with extremely wide-ranging outcomes.

Some have it so mildly they do not know they are ill. It is notable for its silent spread — a large number of people can be infected before it hits someone hard.

At first it was seen largely as a respiratory illness. Now it is known to be a whole-system disease, including a range of haematological complications and wide-ranging comorbidities. A drug with relatively minor side-effects in other contexts could turn out to have major effects on some Covid-19 cases; small-scale studies could miss something like this. Further, because so many patients have it mildly and recover spontaneously, a small-scale study could just be lucky and only include patients who would have recovered anyway.

According to the Mayo Clinic, in cases where ivermectin is used to treat various parasites in humans, there can be significant side-effects that are specific to a particular parasite. Those side-effects arise from the interaction between the parasite and the drug.

If a drug is used against a new illness, there is no guarantee that it will not trigger a whole new list of side-effects.

How far along are ivermectin trials? The US National Library of Medicine tracks clinical trials around the world and is aware of 50 studies. Very few have more than 100 participants and most do not report results. There is high variability in dosage and use of other medications.

So overall the studies are of poor quality and make it hard to isolate variables such as other medications. Nonetheless, there are many studies ongoing, and we should have better results by about the middle of February. Even if these studies have good results, we still need to concern ourselves about whether all the normal phases of a trial have been followed and whether any steps that are omitted are critical to determining safety and efficacy.

Any good study has to have a good design, has to address safety and efficacy, and the science in the data analytics has to be solid. The numbers in the study have to be big enough to have statistical power and to cover all reasonable variants.

Statistical power does not only come from big numbers but from having a clear basis for comparison (with and without the remedy), absence of confounders (variables that could also explain the measured effects), and clearly measurable effects.

Randomised double-blind placebo control studies are considered the “gold standard” of this sort of study. Each word has a significant meaning. Let’s start at the end. The word “control” means you have a comparison (“control”) group against which to measure. You measure in this instance against a “placebo”, an inactive fake medication.

A study is “blind” if the subjects don’t know they are in the control or the treatment group, which reduces the chances that they interfere with the study. “Double-blind” means that the study staff also don’t know the split so they too cannot even unwittingly bias the study.

Randomising splits the groups without bias.

Done properly, confounders and sources of bias should be eliminated. There are variations such as comparing against known remedies or eliminating the explicit control group when the alternative outcome is clear (like dying).

Before a study like this can be done, it has to pass ethics clearance and one of the criteria is whether the placebo group could suffer significant harm from not having a real treatment.

A lot of research into Covid-19 remedies falls far short of accepted practice, which is why we have had so many outbreaks of false hope. The current framework for pharmaceutical testing is the result of many decades of experience, including correcting for serious errors of the past. Throwing all this experience out because we have a harder problem than usual is a big mistake.

A widely-reported YouTube video featuring Dr Andrew Hill from the University of Liverpool has been misrepresented as making the case to use ivermectin now. In fact, the case he makes is for more clinical trials.

This is exactly the case that most regulators, including not only Sahpra but the US Centers for Disease Control, are making. This example illustrates how poorly social media chatter translates to science interpretation. The echo chamber wanted one message and when this plausible messenger said something that sounded like that, all nuance was lost.

Strangely, the social media chatter is that rushing this drug into use with inadequate evidence is a better call than using vaccines that are extensively tested. The social media echo chamber is not the way to decide a complex issue.

Ivermectin is an inexpensive drug and it is being increasingly extensively tested. If it comes through, that will be great. If it doesn’t, we still have other treatments such as high-flow oxygen and dexamethasone and the search for remedies goes on.

Eventually we will have vaccines — which have been properly tested. By the time vaccines arrive in South Africa, they will have been tested on millions of recipients, which adds to the safety and efficacy testing required for approval. It is tough to be patient with something that is wearing us all down. But that is what it takes.

We will get through this in the end but not by throwing out hard-won lessons of best practice in the health sciences. 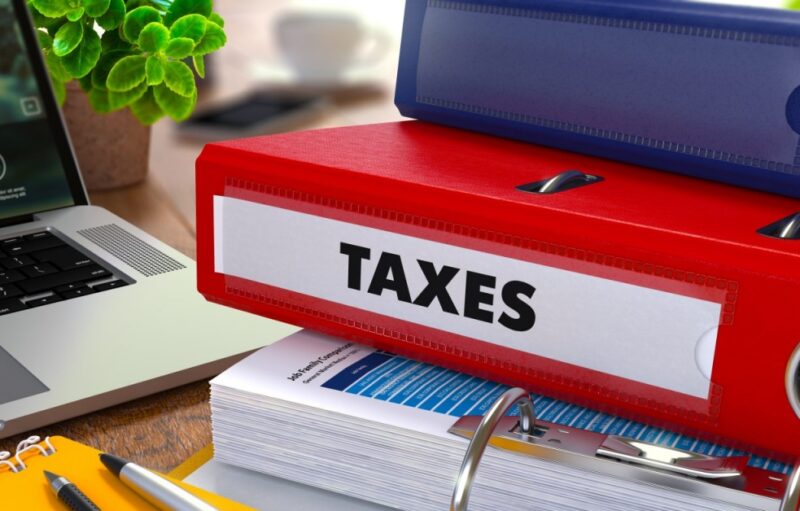