bit2Big > Africa News > eThekwini municipal manager out on bail, but signing off tenders 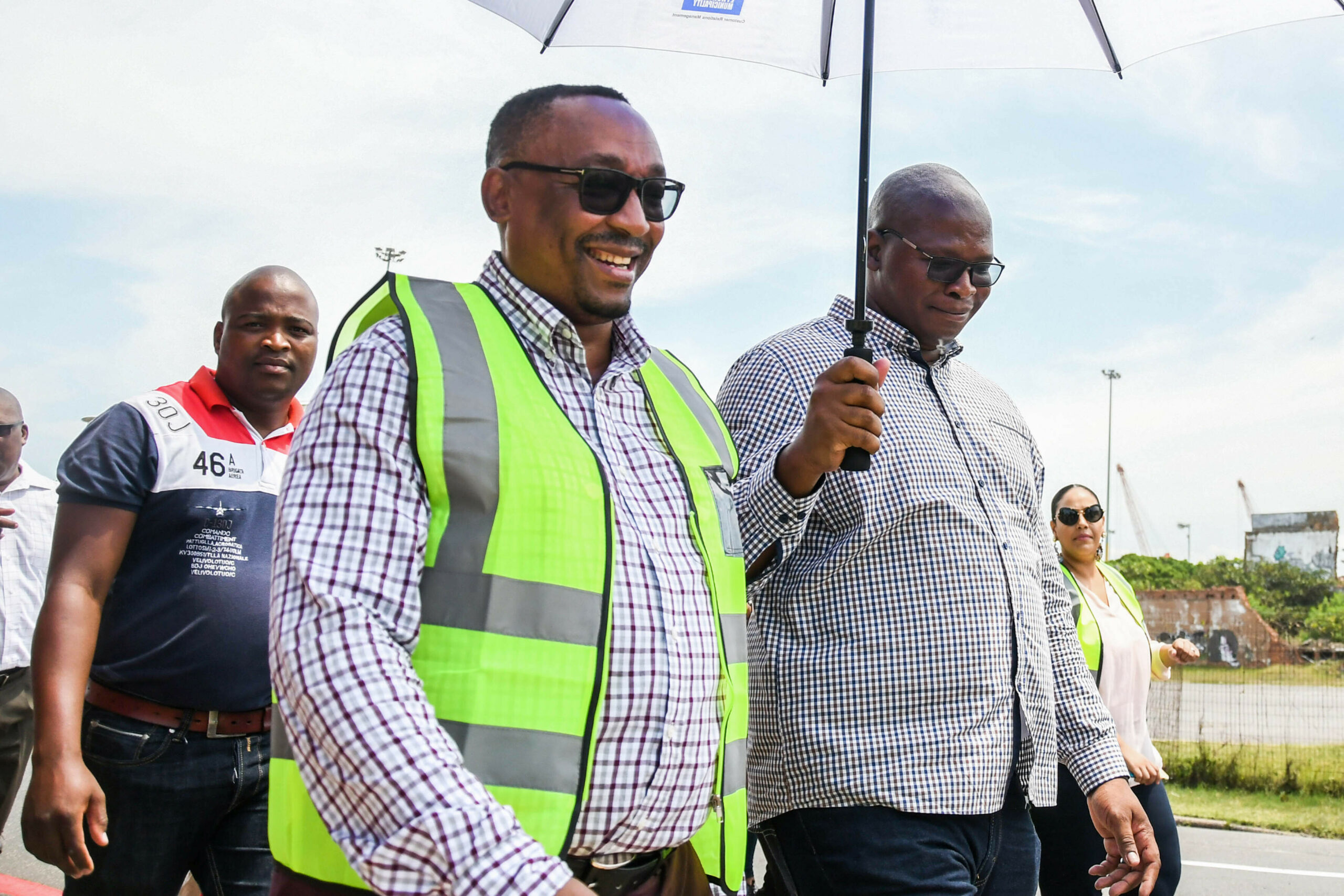 The criminally charged city manager of eThekwini municipality, Sipho Nzuza, admitted to the Mail & Guardian on Tuesday that he had been signing off on tenders, but denied that this was a contravention of his bail conditions.

Nzuza initially declined to answer the M&G’s questions. “I can’t comment, the matter is still with my lawyer,” he said.

When asked again if he had been signing tenders — copies of which are in the M&G’s possession — Nzuza replied: “Yes, yes”.

“I wouldn’t sign anything that is in contravention of my bail. Why would I do that?” he added.

When reminded that his bail conditions state he is not to be involved in any tender processes, he replied: “That is why I am saying I cannot comment to you, because, you know, that is being dealt with by my attorneys.”

The National Prosecuting Authority (NPA) told the M&G that it was investigating the matter and would “act accordingly” if there had been a breach of Nzuza’s bail conditions.

Nzuza is currently out on R50 000 bail, as is Gumede. The other accused are also out on bail of various amounts and will be appearing in the specialised commercial crimes court again in December.

According to his bail conditions, Nzuza is “not to participate directly or influence in any tender process during the duration of this investigation” (into the R430‑million DSW fraud and corruption) and “his power as accounting officer in relation to tender processes must be delegated in terms of section 79 read with section 77, section 10 (2), and section 106 of the Municipal Finance Management Act 56 of 2003.”

Nzuza was placed on special leave — which was subsequently extended — shortly after his arrest. Seemingly glossing over the public outcry of his alleged involvement in the DSW case, the city said Nzuza’s suspension had to do with the potentially irregular awarding of a consulting firm tender dating back to 2017.

The city then appointed its deputy city manager for governance, Sipho Cele, as the interim city manager, and made it clear to the public that he would be dealing with tenders.

Nzuza’s special leave ended on 25 September, and while mayor Mxolisi Kaunda tried to deter him from returning to work, including by locking him out of his office, he and the city were, in turn, met with threats of legal action from a defiant Nzuza.

Last week the M&G reported that Nzuza told an executive council meeting that he believed the NPA had “erred” when deciding on his bail conditions.

When asked about Nzuza signing off on tenders, the city’s spokesperson, Msawakhe Mayisela, said: “As far as the city knows he is clear of his bail conditions and is on record as saying that under no circumstances shall he disregard them.

“If the media has issues about him violating his bail conditions, our city manager believes in an open-door policy and we don’t think he would have any problem to take the media [in]to his confidence in this regard.”

Mayisela added that he was not aware of any tenders that Nzuza had signed off on.

“Please note that the city has well-oiled legal machinery that advises its political leadership on matters of this nature and at all times LEGAL try its level best to ensure that the leadership be misled [sic].”

The issue of Nzuza signing off on documents arose again on Tuesday at the municipal public accounts committee meeting, when the supply chain management unit presented its monthly public tender awards for September.

Nzuza did not participate in the meeting.

According to the document listing September’s tender awards, the purpose of this report was to allow council committees to play their oversight role.

The fourth signature belonged to Nzuza and was dated 13 October 2020.

Significantly, the document provided a space for Cele, with his name, typed out below — but this had been crossed out and Nzuza had written in his name instead.

The Inkatha Freedom Party’s Prem Iyer questioned why Nzuza had signed the document.

“I am not pulling punches with regards to the bail conditions. It is his signature signed off on awards that have financial implications.  We need to raise the matter with the mayor as to how this action impacts us. We need clarity,” Iyer told the municipal public accounts committee.

The committee chairperson said a “clear answer” would be available at the next meeting.