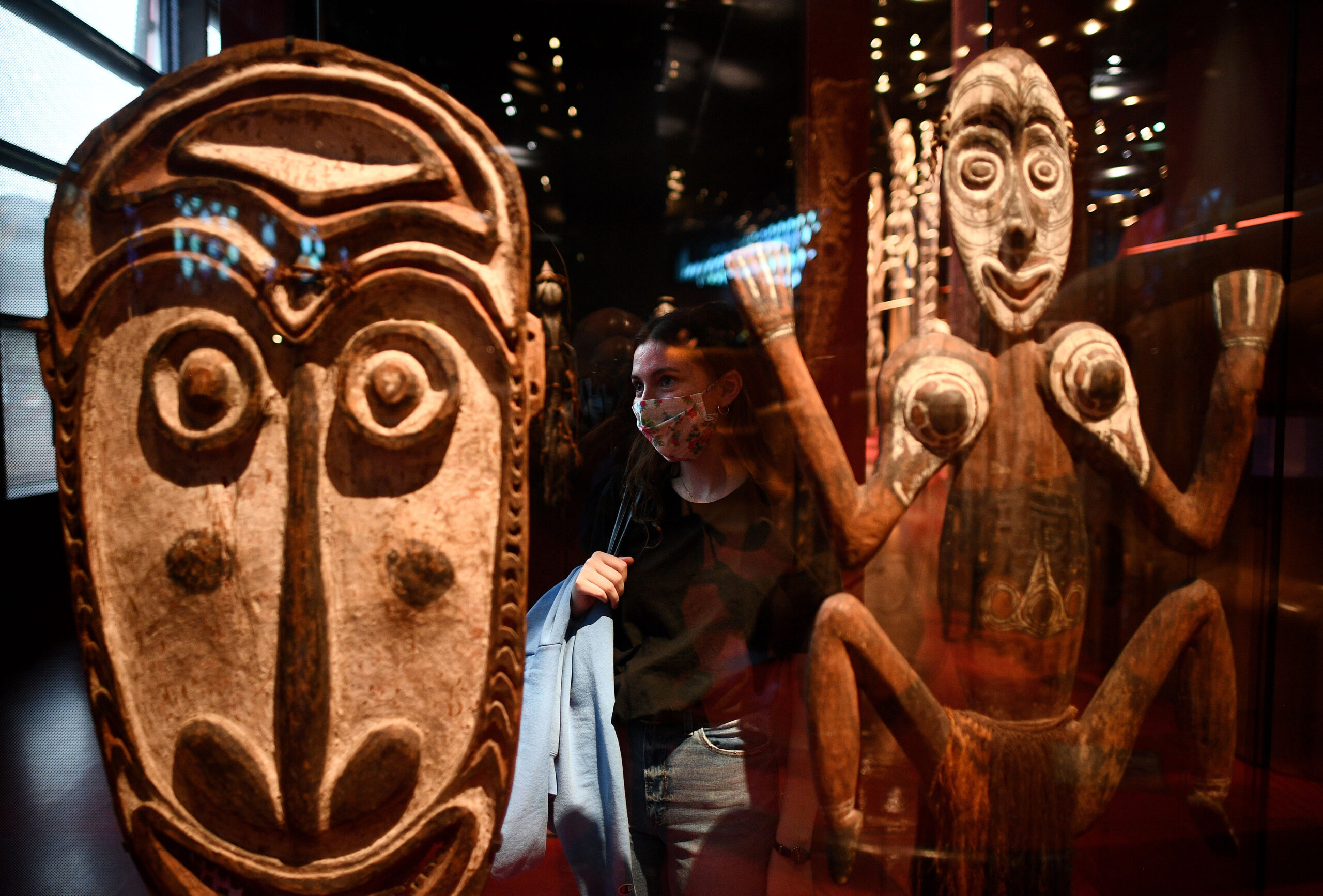 Visit almost any big museum in Europe and you would be forgiven for likening it to a crime scene.

On display behind glass cabinets — sometimes cordoned off by stanchions and velvet ropes; other times by security officers — are artefacts and paintings that were brought over to these cities during the colonial era; many stolen — the spoils of war and looting. Some were sacred items used for worship, only now to be gaped and stared at, analysed; the names of those who created them simply erased.

Conversations about the repatriation of cultural artefacts to Africa continue to take place, particularly after French President Emmanuel Macron commissioned a report by Bénédicte Savoy and Felwine Sarr, which stated that artefacts stolen during the colonial era should be repatriated. Recently, the country’s National Assembly voted to return 26 items looted from Benin and a sword that is said to have belonged to a Senegalese leader.

Despite this, many looted artefacts remain on display in Europe. Some argue that the apparent self-reflection of many institutions and governments is merely lip service, continuing the paternalistic attitude of colonial powers down new rhetorical avenues.

Earlier this year, the 41-year-old activist visited the Quai Branly Museum in Paris, together with four other members of Unité Dignité Courage (UDC) — a Pan-African movement of which he is the spokesperson. Diyabanza picked up an artefact on display — a funerary post that has its roots in what is now Chad. Streaming the entire operation live on social media, he said they were “taking the artefact home”. Security officers intercepted and the group was arrested.

Diyabanza and his colleagues appeared in court on 14 October, where he received a suspended fine of €1 000, which he plans to appeal. Two more court dates still remain — in July, he was arrested in Marseille as he attempted to remove an artefact from the Musée des Arts Africains, Océaniens, Améridiens.

Not to be deterred, in September, he walked into the Afrika Museum in The Netherlands and picked up a Congolese statue. Speaking into the camera, Diyabanza said the activists had paid €15 to enter the museum, yet everything in it belongs to Africans, and their aim was to “take back everything that was stolen by the Europeans”.

Born in Kinshasa, Diyabanza was educated on political and cultural issues early on. “I am a member of the Ntumba Mvemba clan and from an early age I learnt about European colonialism, our history and our culture.” He was told stories about how colonial forces were responsible for the theft of items belonging to his ancestors, and about the violence they unleashed on the region.

This is why these museum acts are not mere publicity stunts, and certainly are not crimes to him. They form part of a greater quest. “I am leading the fight for the liberation of Africa: freedom from all forms of domination, enslavement, exploitation, hegemony and oppression …

“As an organisation, UDC stands for African nationalism, which opposes all thoughts and ideas that are a result of colonialism. We want to see African wealth belong and be returned to Africans, and part of this is our cultural heritage, much of which sits in those museums.”

It is not only colonialism UDC activists reject, but also “oppression, exploitation and dictatorship”, Diyabanza said. “My hope is for a free and sovereign Africa, built by us, not created in Berlin in 1884.”

When asked if he is concerned about his upcoming court appearances, Diyabanza said he was prepared for anything, adding: “Throughout history, particularly in imperialist and repressive countries, we have seen freedom fighters be sent to jail and face harassment. Therefore, I am not afraid”.

If authorities thought that three recent arrests would scare him off, then they are very much mistaken. The day after his court appearance in Paris, Diyabanza took to social media and called on the “Black, African and pan-African diaspora” to “build with us an indestructible cultural shield to put an end to the process of the spoliation of our works of art and of our cultural, economic and social heritage locked up in the West”.

“The demand is simple: restitution of all artefacts now and unconditionally. I am determined to lead this fight, therefore, wherever our cultural heritage is I will travel there.”