The SABC has an ignominious history of political interference primarily intended to placate the censorship whims of the governing ANC. For years, in moves that harked back to the repressive regime of the Nats, the public broadcaster has been used by the party as its political football in internal factional battles, or to censor dissent.

This isn’t new. In 2006 the Unauthorised: Thabo Mbeki documentary was pulled just before it had been advertised to broadcast.

In the run-up to the 2016 local government elections, then SABC head honcho Hlaudi Motsoeneng, the self-proclaimed “organic intellectual” himself, issued a decree that no visuals of violent protests would be shown by the broadcaster. At the time, dozens of schools were being set on fire in Vuwani, Limpopo.

Censorship like this shows the danger of a captured public broadcaster.

Bad leadership also leads to gross mismanagement. The SABC of today survives because of bailouts. Now it is trying to cut about 400 jobs, a move its management says is crucial to its survival. Many of these are workers who have kept the broadcaster going, despite the attempts to subvert its purpose.

Notwithstanding those who were appointed without skills and should not have been given the jobs they do, it is easy to see the importance of supporting SABC workers.

But then, on Wednesday, two reporters “interviewed” ANC secretary general Ace Magashule and used the moment to push for the party to intervene in the broadcaster’s affairs.

This is not journalism. And it is asking for the sort of interference, from someone who has been charged with corruption, that has destroyed the SABC. It is a betrayal of that crucial institution.

In parliament, the portfolio committee on communications followed this with another shameful display. Running to midnight, their meeting was a disaster. Nothing was achieved.

This was a meeting that was meant to provide some guidance and workable solutions for the next steps for the broadcaster.

But instead of looking at some of these possibilities as a way of saving jobs, the meeting became a sideshow that focused on the politics of the board and people’s egos. A clearly divided board aired its differences.

Few seemed to care about the workers of the SABC — or about the future of one of the most important public institutions in South Africa. Our politics of division, derision and one-upmanship continue, just like they do in so many of our state owned enterprises.

Our future is bleak if this is how we are led. 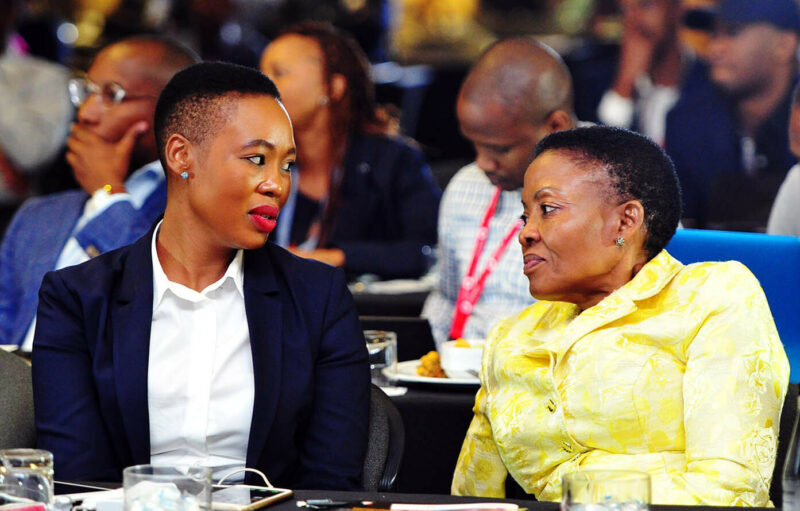