bit2Big > Africa News > Do monarchies in Africa serve their people? 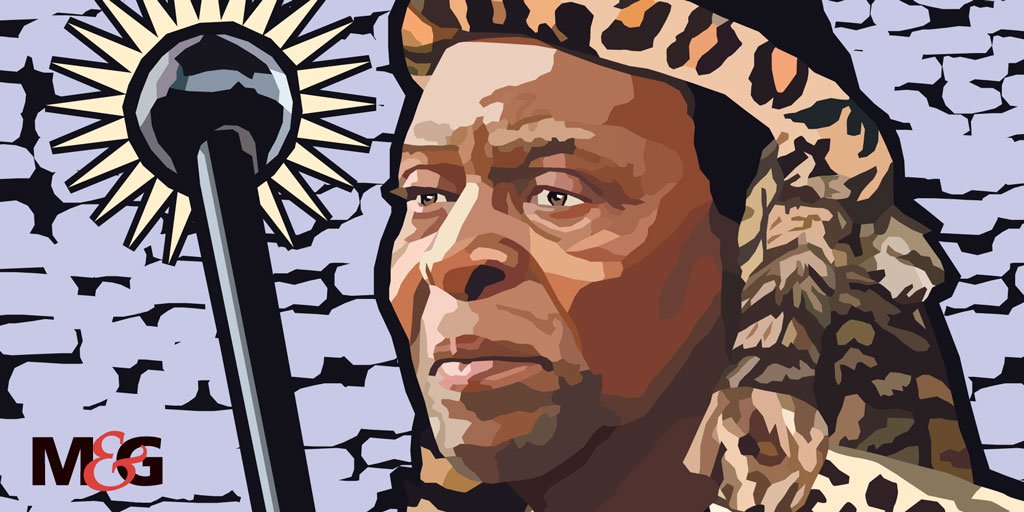 The presence of power is often taken for granted. Take Mthokosizi Ntumba, killed by the South African Police Service while caught up in recent student protests at Wits University. It seems that no matter how many civilians are tortured, harassed and killed by the police, nor how many stories abound of corruption and incompetence in the institution, South Africans see no urgent need to ask whether this power structure actually serves their needs.

Like the police, monarchies have evaded questions regarding their relevance and the contemplation of a society where they no longer exist.

There exist forms of authority so pervasive, so blended into our understanding of the world and rooted in our political landscape, they seem to transcend time and rise above criticism. Like antique furniture, royal families have preserved themselves through conflict and seismic societal change, the purpose of their dusty presence rarely questioned because “they’ve just always been there”.

Initially resisting colonial conquest, so-called “tribal” leadership reluctantly made compromises throughout the 20th century, most clearly in the establishment of Bantustans. Utilising methods of indirect rule, colonial and apartheid governments manipulated indigenous leaders to control black populations to serve the interests of white domination. This ethos of compromise shaped the ANC in our transition to democracy and resulted in chiefs’ integration into post-apartheid South Africa.

But does the existence of these miniature monarchies not collide with our attempt to animate democracy? How can we reconcile its indispensable values — that all people are equal and entitled to freedom — with hereditary kings, who monopolise power through the justification of birthright?

Power is always wielded over others. It demands submission and enforces control. If equality and freedom are the precious values we say they are, authority must be justified. As Noam Chomsky says, if power cannot be justified, then it is illegitimate.

News of the death of King Goodwill Zwelithini ka Bhekuzulu swarmed headlines: he was one of Africa’s most iconic monarchs.

A conflict rose within me. On the one hand I am Zulu, not the most fervently traditional perhaps, but fascinated by my people’s tumultuous history and proud of our heritage nonetheless. The notion of ubuntu, that “I am because we are”, which emphasises the importance and interconnectedness of all people, is a truth I hold steadfast.

It’s a moral truth that has been lost to excess individualism and shallow appeals for unity void of solidarity.

Ubuntu has radical political implications. Because all life is immeasurably valuable, any structure that disregards people’s dignity and exploits others for its own interests must be harshly criticised. Zwelithini was a part of such a structure.

The divine right of kings

The supremacy of royalty often relied on supernatural validation, usually reinforced by religious institutions. The right to rule was once and sometimes is still seen as divinely sanctified by the heavens, ancestors or other spiritual forces. We can’t risk being lulled into these distortions of what the true functions of concentrated power are.

Monarchies have historically relied on force to amass and nourish their power throughout the ages. Kingdoms are forged in the bloodbath of war and then sustained through strategic self-interested politicking.

Neither might nor hereditary succession justifies the right to rule. The Commission on Traditional Leadership Disputes and Claims has been entangled in determining who are legitimate customary authorities. There are significant material and political benefits to being bestowed with legitimate indigenous royal authority or “chieftaincy”. But no one is born to lead; the opportunity to serve others through leadership must be granted through the informed and collective consent of the people.

It is exactly the tyranny of concentrated power, whether in the Palace of Versailles or through the draconian policies of apartheid, that has driven the pleas for leaders to be accountable, effective and disposable when necessary. Indigenous leadership, before and after 1994, has disastrously failed to meet these criteria.

The Ingonyama Trust: serfdom in democracy

The dismantling of African societies and the subjugation of their people could not have occurred without severing and dramatically transforming the precolonial relationship to land. Land was once communally owned under the custodianship of an indigenous leadership, for the collective sustenance of a people — this communalism applied to all means of production. Access to these resources varied depending on the customs and beliefs of a particular polity.

Colonisation, the arrival of markets and industrialisation meant land could be privately owned, its riches extracted for profit by the newly inducted subjects of empire and settler enterprise in exchange for pitiful wages. Mass poverty, once unknown in African societies, became a fact of modernity for indigenous peoples — one that persists into the present.

The Ingonyama Trust, resulting from negotiations between the Inkatha Freedom Party (IFP) and the then ruling National Party on the eve of democracy, is a fund used to manage land owned by the KwaZulu-Natal government in the interests of its citizens. Zwelithini was the sole trustee, essentially entitling his rule with approximately three-million hectares of land, which represents about 30% of all land in the province.

Has this monopolistic control over land benefited the ordinary people of KwaZulu-Natal? Sadly, the Zulu monarchy has failed its people. Through the Ingonyama Trust, and the lucrative benefits of holding some influence over the province’s government, the dispossession resulting from colonial domination has been sustained throughout the province.

KwaZulu-Natal is one of the country’s poorest provinces. Its development has been hindered by political violence and corruption, and compounded by crime, gender-based violence, food insecurity, HIV infections and unemployment. Through “permission to occupy” certificates, the Trust receives R100 on all lease agreements in areas under its jurisdiction for developmental programmes, but an estimated R100‑million has not improved living standards of most citizens.

Meanwhile, indigenous leaders receive generous government salaries. The Zulu royal house recently received a budget increase of R4.5‑million. This totals to R71.3‑million for 2020. The inequity of such salaries should be distressing. As citizens went hungry across the province, food insecurity increased by the stringent lockdown, leaders live in opulence that millions of South Africans will never obtain. The lottery of birth cannot determine who is and isn’t entitled to well-being.

In 2018, Zwelithini took the decision to turn permission-to-occupy certificates into long-term lease and rental agreements, the prices reportedly ranging from R1 500 to R7 000. This decision was challenged by the Rural Women’s Movement, which highlighted how severely poverty and landlessness affected women in rural areas. These activists emphasised that security of tenure was pivotal to financial security.

Across KwaZulu-Natal there are communities that feel neglected by the Ingonyama Trust. They ask why they are forced to pay rent to live on the land of their ancestors? Even when rent is paid, the fruits of these tributes to the monarchy are often not seen.

Authority that avoids justification will respond with hostility. In 2018 a parliamentary high-level panel declared the Ingonyama Trust to be unconstitutional, finding that “there is little evidence that the revenue generated by leases is used for the benefit of communities or their material well-being”.

The Zulu king responded not with an openness to criticism but rather the threat of secession. With this threat, memories of the brutal violence between the IFP and ANC during and after the country’s transition reminded many of how the king’s influence can manifest into dangerous political action.

Is it fair that one unelected man can speak for millions, essentially holding the government hostage to his will and threatening to ignite civil war?

One can accept the role of indigenous leaders as custodians of culture and symbols of heritage, especially those that might have been lost to the imperatives of colonialism and apartheid. But pursuing this mandate does not require an excessive amount of authority, money or political leverage.

As Africans — because of the traumatic whiplash of colonisation and the onslaught of its subsequent mutations — at times we attempt to freeze ourselves in time, latching onto romantic visions of life just before encounters with European power. We avoid difficult but necessary questions about our cultures, histories and heritage. To realise the freedom that has long been struggled for, we must ask if our institutions serve all people and begin reinventing our futures.