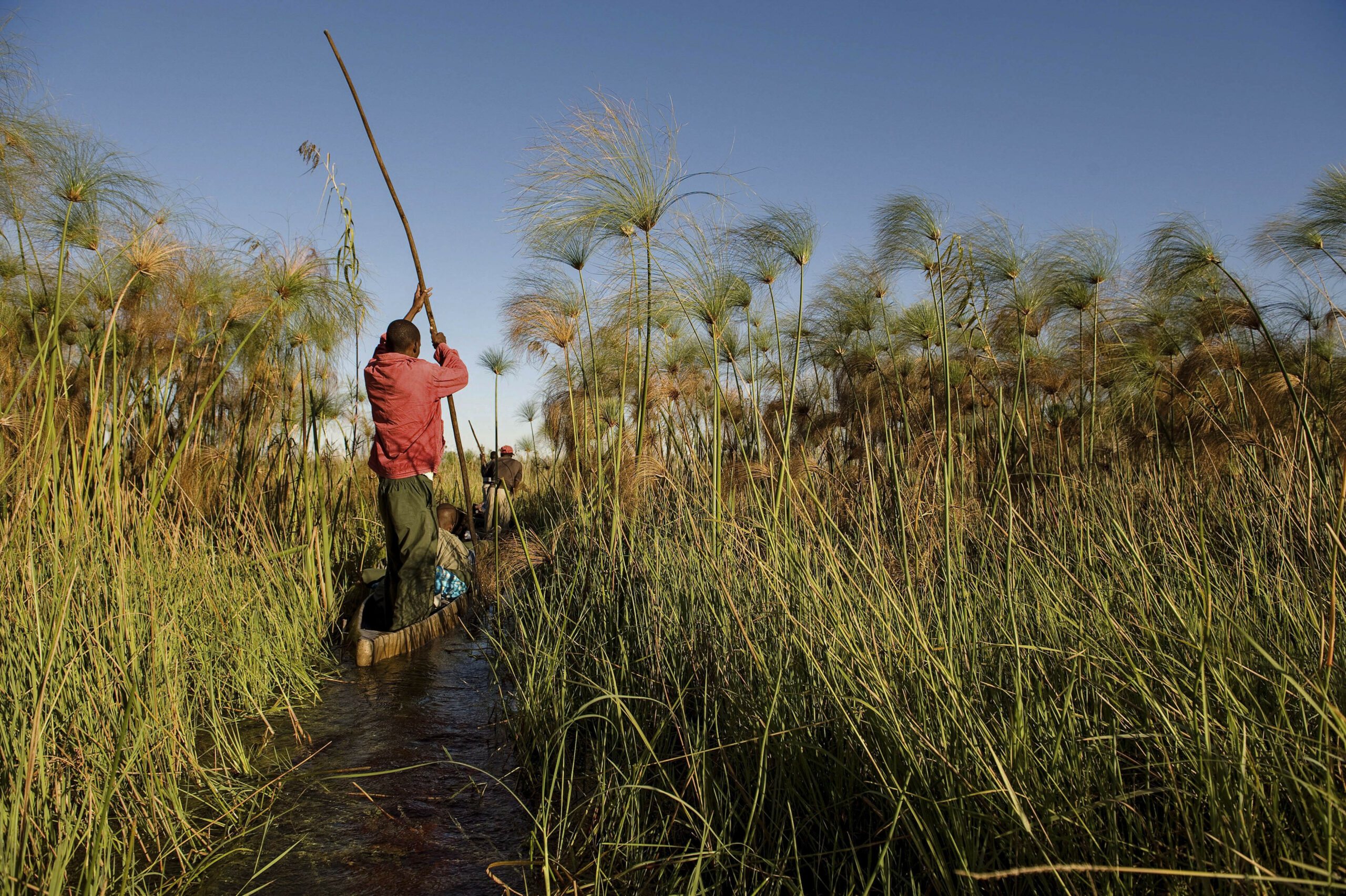 Major questions have emerged about the killing of four alleged Namibian poachers by Botswana Defence Force (BDF) soldiers, including claims that the victims were unarmed fishermen and one may have been executed after he was arrested.

The incident has heightened tensions between Namibia and Botswana, sparking protests last Friday in Windhoek and the Zambezi Region (formerly known as Caprivi Strip) town of Katima Mulilo, in which Botswana flags were burnt and Botswana-registered vehicles damaged.

The governments of the two countries tried to pour oil on troubled waters last week. Both released statements affirming the “excellent bilateral relations” between Namibia and Botswana.

Namibia’s President Hage Geingob said he had spoken to Botswana’s President Mokgweetsi Masisi on the phone and they had “agreed to a joint investigation in order to shed light”.

Botswana has been accused of applying an unwritten “shoot to kill” policy against poachers. At least 12 people suspected of poaching have been killed this year by the BDF’s anti-poaching unit, most of them Namibians, according to the records of the INK Centre for Investigative Journalism.

In the latest case, questions about the conduct of the anti-poaching unit were raised by local Namibians who spoke to INK. They claimed to know the victims and to have witnessed some of the events.

The incident in question took place on the night of 4 November in the Chobe River at Sedudu Island, near the resort town of Kasane in northern Botswana.

BDF spokesperson Colonel Tebo Dikole said that at around 11pm the BDF “came in contact with a syndicate of poachers believed to be part of a network responsible for cross-border organised poaching”.

Pressed further, Colonel Dikole said he was “constrained” to comment as investigations were ongoing.

However, INK conducted a phone interview with a BDF officer in the anti-poaching unit, who was not present during the shooting but arrived shortly afterwards and helped to guard the bodies overnight.

The officer, from the BDF camp in Kasane, asked to remain anonymous.

He said that the unit received a report of an imminent poaching incident at Sedudu Island at about 5pm, (on 4 November) and that a motorboat with about 10 BDF soldiers with assault rifles and night vision gear was sent from the Sedudu camp to ambush the suspects.

At about 10pm the BDF source said the soldiers observed four figures paddling two canoes along the edge of the island, carrying objects he alleged were elephant tusks.

He said the four were startled on seeing reflectors from the life jackets worn by the soldiers in water and “assumed an attack mode”.

“They actually opened fire,” he said. “And you know what soldiers do when an enemy opens fire.”

Tommy Nchindo, Simvula Munyeme and Ernest Wamunyima Nchindo were shot in the chest and died instantly in their canoes, according to the source. Martin Nchindo was sprayed with bullets when he tried to swim to safety.

The source claimed the canoeists’ rifle sank to the bottom of the river, which is infested with hippos and crocodiles.

They had not killed any elephant, the source said, but their mission was to “harvest” elephant tusks stored on the island. He added: “There were no fishing nets, only hunting spears.”

However, this version was challenged by two Namibians who live in the affected area and who claim to have been close to the events.

Matengu Mavuna said in a phone interview from the nearby village of Kasika in the Zambezi Region that he had loaded the canoes before what he said was a fishing expedition, and that they contained no guns.

He said his uncles left the fishing camp at 6.30pm but never returned.

George Nchindo, the brother of the three deceased Nchindos, told INK that it is common practice to fish at night in the Chobe and Linyanti area.

“When hippos are out of the water grazing, it is safe to fish,” he said.

He said it was possible that his brothers had strayed across the border without realising it, as the Chobe River at that point is a small channel and it is not easy to know where you are at night.

He challenged the BDF scuba divers to find the rifle allegedly used by his brothers.

“We want to see the serial number. The BDF behaviour is sickening.”

George expressed hope in a WhatsApp video that one day the “shoot to kill” policy will be reversed.

“Let us not extend our anger to all Batswana. I know there are people in Botswana who are against the policy,” he said.

The Nchindos’ cousin, Cassius Mwala, who has a fishing camp close to Sedudu Island, said on the phone from Katima Mulilo that he last spoke to Tommy Nchindo at around 7pm.

At about 8pm he said he heard a “commotion” of people speaking in Setswana and Subiya. He phoned Tommy and Martin but they did not answer.

At around 10.30pm he heard random shots from an automatic rifle and raced to the scene immediately after the shooting subsided.

“I saw two tiny lights of torches moving towards each other in the water in the distance,” Mwala said. Accompanied by a colleague, he waited and watched.

At around 1am, he said they heard “three shots fired at intervals”. Terrified, they waited on the mosquito-infested river bank and an hour later, a boat roared from the scene to the BDF camp.

At first light, he said he reported the incident to the Impalila police, who took hours to respond.

Mwale said that what really shocked him was his visit to Kasane Primary Hospital to identify the bodies of the dead men.

He said Ernest Nchindo had visible bruises on his head. At that point it dawned on him that Ernest may have been beaten after being arrested and then “finished off” by the soldiers.

“I viewed the bodies. Ernest had bruises. Was this the deliberate killing of innocent people?” he asked.

Also arousing suspicion is the claim by an Impalila police officer, who did not want to be named, who was denied access to the bodies at the post-mortem in Francistown.

BDF spokesperson Tikole’s statement made no mention of the suspects carrying firearms or elephant tusks, or that they shot at the anti-poaching unit.

The BDF was also asked whether a firearm carried by the alleged poachers had fallen into the water, and whether Ernest Nchindo was captured alive and beaten. BDF refused to clarify this claim.

In the past, the BDF has denied any involvement in human rights violations in the border area, saying its operations take place “under prevailing statutes.”

The INK Centre has previously reported that over the past two decades, 30 Namibians and at least 22 Zimbabweans have been killed in Botswana anti-poaching operations. But the Namibian authorities and human rights groups claim the figure could be much higher.

They have urged Botswana to exercise restraint when dealing with alleged poachers.

After the 4 November incident the governor of Namibia’s Zambezi Region, Lawrence Sampofu, said: “When you meet such people [poachers], it is better to arrest them … We really appeal to our people not to go poaching in Botswana.”

The Kavango-Zambezi Transfrontier Conservation Area has 200 000 wild elephants, more than anywhere else in the world.

Tourism contributes 4.9% of Botswana’s GDP, or about P15‑billion, but the tourism sector is projected to decline by 27% this year as a result of the pandemic.

Botswana’s former minister of environment, wildlife and tourism, Tshekedi Khama, the brother of former president Ian Khama, lifted the lid on the government’s approach to poaching in a 2013 interview with British filmmaker Tom Hardy, who was making the documentary Poaching Wars.

“It’s a culture; we have to kill the supply to starve the culture,” Khama said. “That is one of the reasons why in Botswana, with our anti-poaching unit, we don’t necessarily interrogate the poacher,” he told the seemingly stunned filmmaker.

“That is a position we adopted to send a clear message: if you want to come and poach in Botswana, one of the possibilities is that you may not go back to your country alive.”

Asked by Hardy if the policy applied to locals, Khama said it did. He went on to say that even if a suspected poacher drops his gun and raises his hands, the BDF will shoot.

This story was produced by the INK Centre for Investigative Journalism