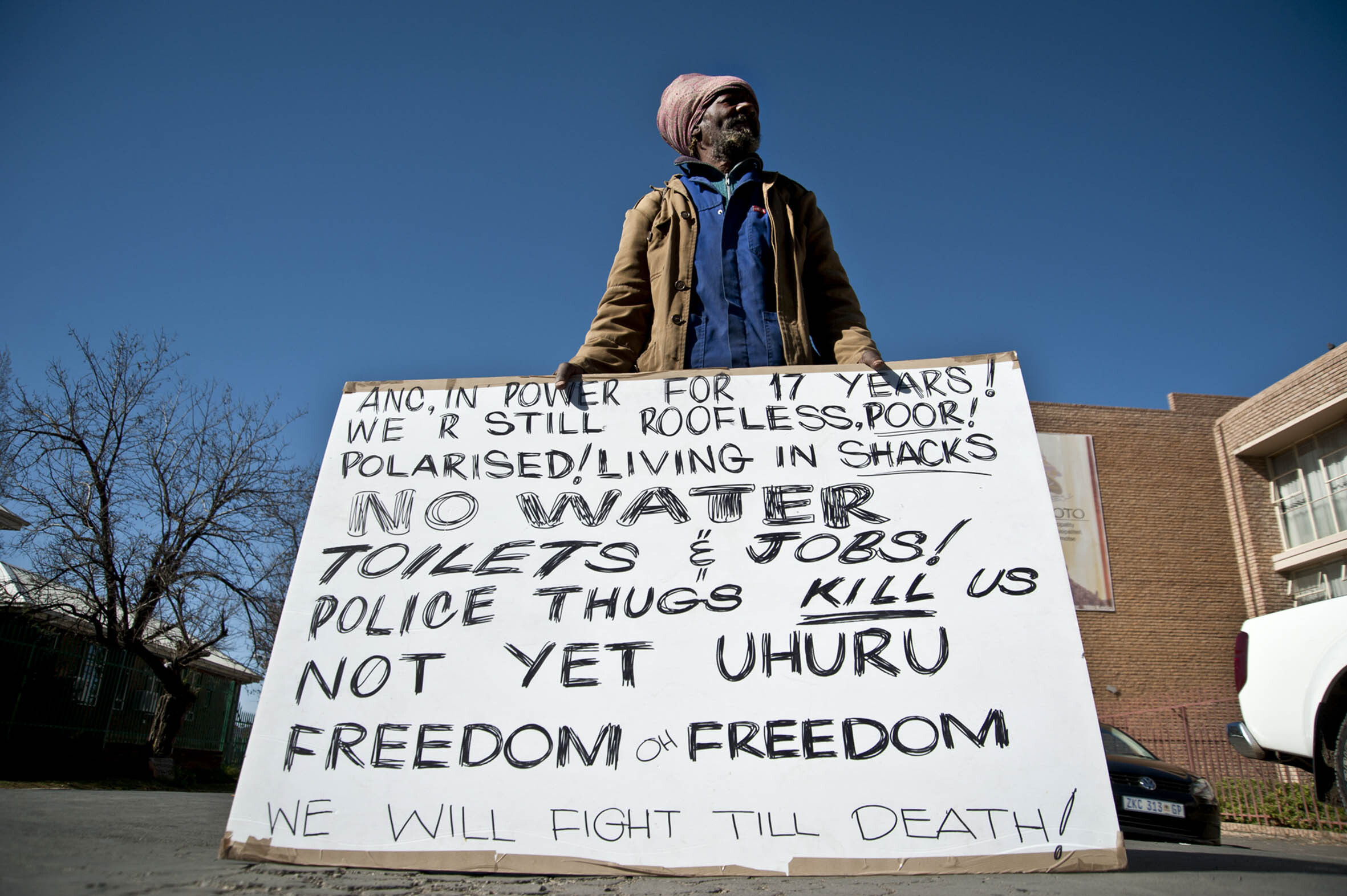 I have been meaning to write about this issue for some time now, but was spurred into action by two recent articles. The first was a highly emotional opinion piece written by Oscar van Heerden, who took exception to the fact that Justice Malala had suggested, during a panel discussion on eNCA, that people who continue to vote for the ANC are stupid.

Indeed, I have read other op-eds by people who passionately try to explain why they still vote ANC despite the party’s massive failings and serial criminality. Apparently it is what people fought and died for: the right to see their hard-earned tax money being used to plug holes in ailing state-owned enterprises and pay for Jacob Zuma’s legal bills.

The second article was about the 10-year anniversary of the death of Andries Tatane at the hands of police while protesting for service delivery in Ficksburg. From reading the article, it sounds as if nothing much has changed in Ficksburg in the past 10 years, except that the nephew of Andries Tatane no longer votes.

And this is where we come to the nub of the problem with democracy in South Africa. Many people think there are two choices when it comes to elections: vote ANC or don’t vote at all.

I once watched a BBC programme about the state of affairs in Harrismith, a Free State town which was again covered by Carte Blanche last month, along with the nearby town of Welkom. In these small towns, local municipal governance has collapsed and it is the citizens who are doing their best to keep the towns running. Locals are using their own money to repair potholes, unblock pipes and remove waste — basically performing all the services that should be done by the municipality.

In both these towns, citizens have taken the municipalities to court to force them to provide services, to no avail. The state of affairs is even more dire in the Eastern Cape, where many towns no longer have running water.

In the municipality of Makana, which governs Makhanda (formerly Grahamstown), the Eastern Cape high court ordered the municipality to be dissolved because it was so dysfunctional. Makana has been governed by the ANC since it was created as a municipality after 1994.

In 2019, when residents finally decided that they could take it no more, they felt that they had no choice but to approach the high court and ask for the municipality to be dissolved.

I propose a bold new alternative to taking the ANC and dysfunctional municipalities to court every few months — vote for a different party. No matter which municipality you live in, if the political party you have elected to govern you is not doing a good job, the best way to get rid of them and to give someone else a chance to do a better job, is to vote for another party.

The solution is not to keep voting for the same party and people and hope that they change — defer rather to a popular maxim that the definition of insanity is doing the same thing over and over again and expecting different results.

What many residents in these small towns also fail to realise is that they could vote for the people who are actually keeping the town running.

In Harrismith, community leader Sam Twala, who was helping to keep the streets free of refuse and unblocking sewage pipes, is free to run for mayor of Harrismith as an independent candidate. He could get paid to do what he is currently doing free of charge.

It seems to me that the solutions to the problems of Harrismith and other towns might lie in voting for the most active citizen, the one who is doing his or her best to maintain the town they love, all without pay.

The solutions certainly do not lie in giving the ANC another five-year term there, most of which will then be spent taking the party to court to force it to act.

South Africans seem to fail to understand that the best way to keep your municipal officials in check is by threatening them with their jobs every five years. This is also what was fought for during apartheid — the right to vote and be governed by whomsoever you choose; not, as Van Heerden seems to think, the right to vote only for the ANC.

Democracy in South Africa was hard fought for and many people died for it, which is why it both saddens and infuriates me to see that many South Africans don’t know how to use it — and how to make it work for them.

Mail & Guardian reader Matthew O’Brien has a BCom LLB and works for a boutique travel firm. The lawyer in him still exists and he is a keen observer of politics