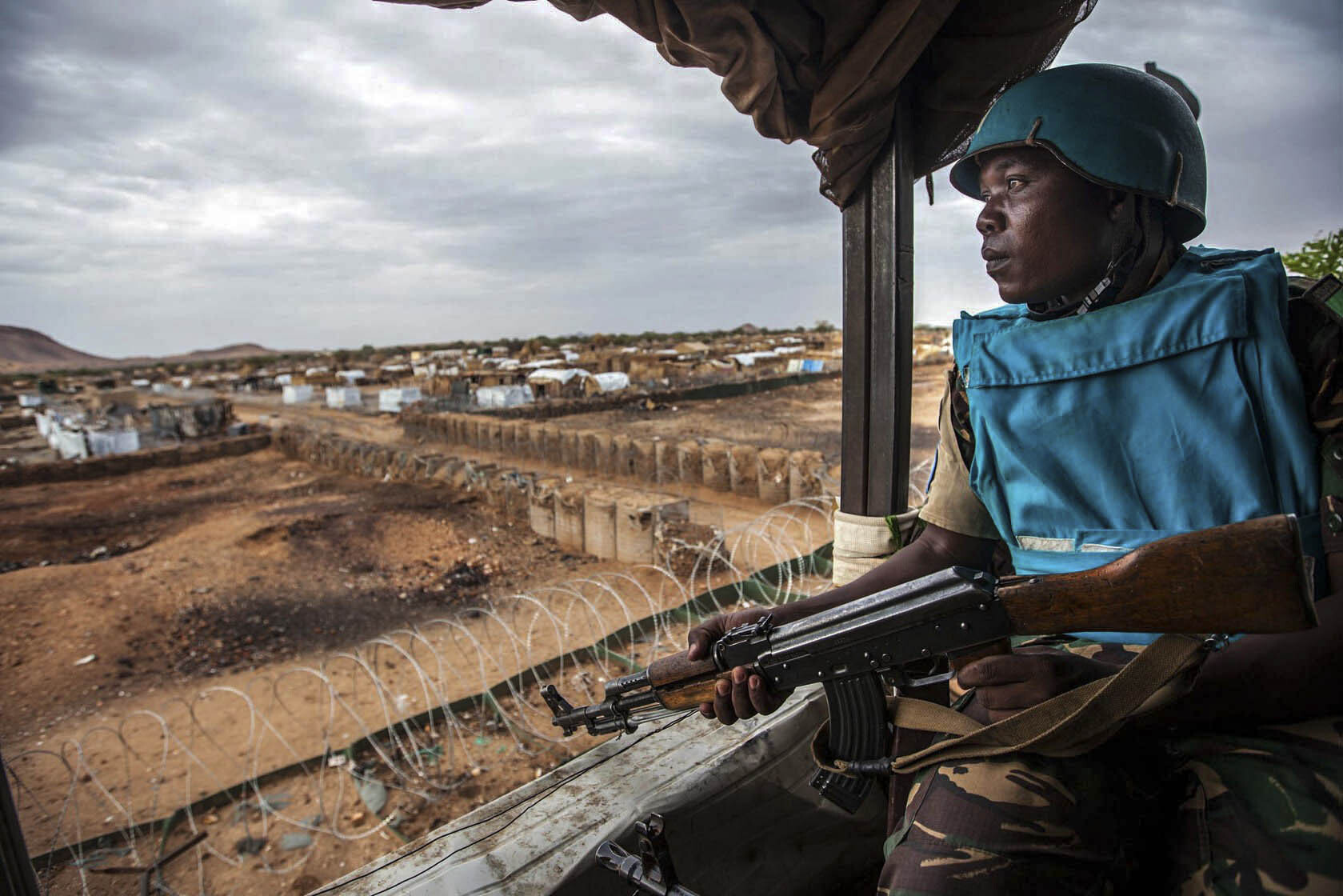 For 13 years, United Nations and African Union peacekeepers have been stationed in the Sudanese region of Darfur. Their mission was to prevent a repeat of the genocide committed by forces aligned with ousted Sudanese president Omar al-Bashir, which left about half a million people dead. On 31 December, the peacekeepers’ mandate expired. Now, reports Ayin, Sudanese security forces — including the paramilitary Rapid Support Forces previously called the Janjaweed when they backed Bashir — are tasked with keeping the peace and protecting the hundreds of thousand internal refugees.

“Protection of the displaced cannot be entrusted to those who killed them,” shouted one protest leader at the beginning of the second week of demonstrations at Kalma Camp for internally displaced people in South Darfur, Sudan. Thousands of the camps residents continue their sit-in demanding that the hybrid peacekeeping force of the United Nations-African Union Mission in Darfur (Unamid) remains in place.

The UN and the AU decided more than two months ago that Unamid would exit Sudan by the end of 2020. The Rapid Support Forces (RSF), which is a paramilitary unit under the command of National Intelligence and Security Services, and other national security forces will ostensibly pick up Unamid’s mantle to protect Darfur’s citizens.

“This is madness,” says Osman Adam, a resident of Kalma Camp who was forcibly displaced by armed gunmen he says have links to the RSF. “The same people who kill us, take our land; the same people who have forced us to live here are now going to protect us?”

Yaqoub Muhammad Adam, the co-ordinator for displaced and refugees in Kalma said they would instigate larger protests involving all 175 displacement camps in Darfur if their security concerns are not heard.

Formerly known as the Janjaweed, the RSF were supporters of ousted dictator Omar al-Bashir and are widely believed to be the culprits behind atrocities in Darfur and beyond.

These alleged atrocities have continued even in post-revolutionary Sudan. In early September, a joint UN-AU report said 392 female-headed households were displaced from the Sortony Internally Displaced Persons camp in North Darfur after an RSF commander accused some of them of being allied to the rebel Sudan Liberation Army under Abdel Wahid. Women reported physical assaults by members of the paramilitary force.

Some of Kalma’s residents have remained displaced since conflict erupted between rebel groups and the former government in 2003. Despite the 17 years that have passed, insecurity and displacement persists in Darfur and often follows a forlorn pattern. Smaller conflicts — sometimes instigated — ensue between two groups which is a precursor to a greater, armed conflict. The result is those with fewer guns are displaced and their land is appropriated.

“Most of these crimes against civilians started with conflict between two persons,” says Ahmed Gouja, the regional director of the Darfur Network for Monitoring and Documentation, a local human rights organisation that tries to keep track of the myriad abuses in the region. “Armed tribal groups always seize fertile lands by force of arms. When the original owners of the land return, they are assaulted, deprived of their land and expelled by force.”

Given this repeated scenario, it is almost impossible for the displaced people to return to their land.

Struggling with population growth, climate change, displacement and urbanisation, pastoralists in Darfur have changed their need for access to water and grazing land, the AU-UN report said. In some cases, this had led armed pastoralist groups to forcefully resettle places where internally displaced populations once lived.

One area listed by the AU-UN report where land-related conflict has been hit hardest in Darfur is Gereda town in South Darfur. Conflicts between the Fallata pastoralists and the predominantly farming Masalit took place in July and October last year, resulting in the deaths of dozens of people and displacing hundreds more.

Haroun Omar Aydam, the mayor of Gereda, said that about 50 armed Fallata on camels and horseback attacked the area killing at least 14 people and burning down 200 homes. The attack seemed like a repeated offensive that they witnessed less than four months earlier. The Fallata were meant to stay away from Gereda until a reconciliation conference took place between them and the Masalit, according to Gereda resident Adil Ali Yacoub. But the head of the RSF in Gereda and South Darfur State, Brigadier Abdel Rahman Gomaa Barakat, ignored this directive, Yacoub said, allowing the Fallata to enter the town where the dispute occurred between the two groups.

“Those people were Janjaweed, just like before, like they did in the past,” said Zeinab Khamis, a survivor of the October attack. “When they came here they took our donkeys and burned everything and left us with nothing. No one has anything but the clothes they were wearing, some of us don’t even have shoes.”

With the pastoralists being more heavily armed, there is no chance of peace being restored so that the displaced can return home, according to Musa Ali Shumo.

“If you want people to return to their lands while there is no sustainable peace and security, it will not work: there are people who have sticks and people who have Kalashnikovs.”

Nowhere is this more evident than in the Jebel Marra area of Central Darfur, where reports of infighting between factions of the rebel Sudan Liberation Movement/Army have flared up since late September. Unamid estimates that about 27 000 people are now displaced because of the ongoing conflict that largely focuses on the control of gold mines in the region.

But Sudan Liberation Movement political spokesman Muhammad Abdel Rahman denies the existence of widespread conflict in Jebel Marra, saying they have dealt with a small splinter faction that allied itself to government security forces, including the Rapid Support Forces.

No matter who is responsible for the cyclical violence, the fact remains that the Darfur region is insecure.

During a visit to Darfur in November 2019, Prime Minister Abdallah Hamdok pledged to “voluntarily repatriate displaced people and refugees” after speaking to leaders in the internally displaced persons camps who presented their demands, which included security in the region. A year later, few residents of Gereda harbour any confidence in this promise.

“We want our government to have the courage to face this crisis. If they do not address it, it’s guaranteed that what is happening now is going to continue in the same manner and the killing will spread to other areas. The numbers of dead will increase, there will be more widows, more orphans and there will be more people displaced,” said Gereda resident El Tayib Adam. As long as people in Darfur believe in the gun as the solution to all their problems, Darfur’s restive trends will continue.

This report is published in collaboration with Ayin, an independent Sudanese media house. For their safety, journalists write anonymously. 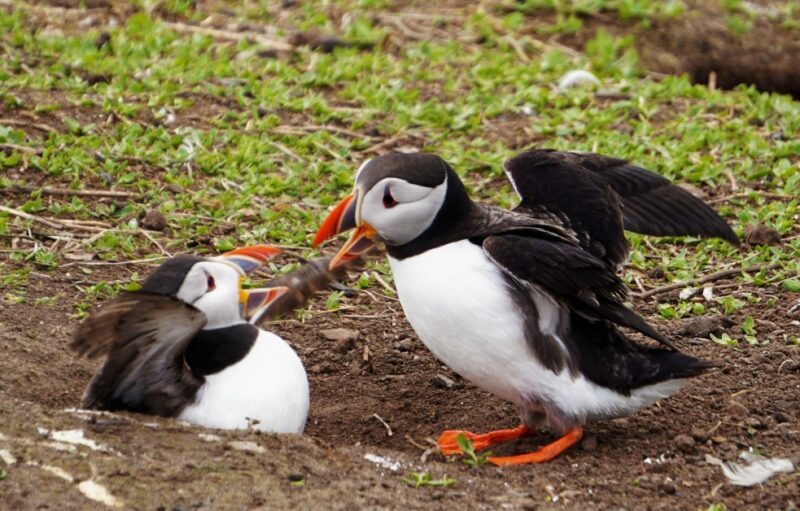