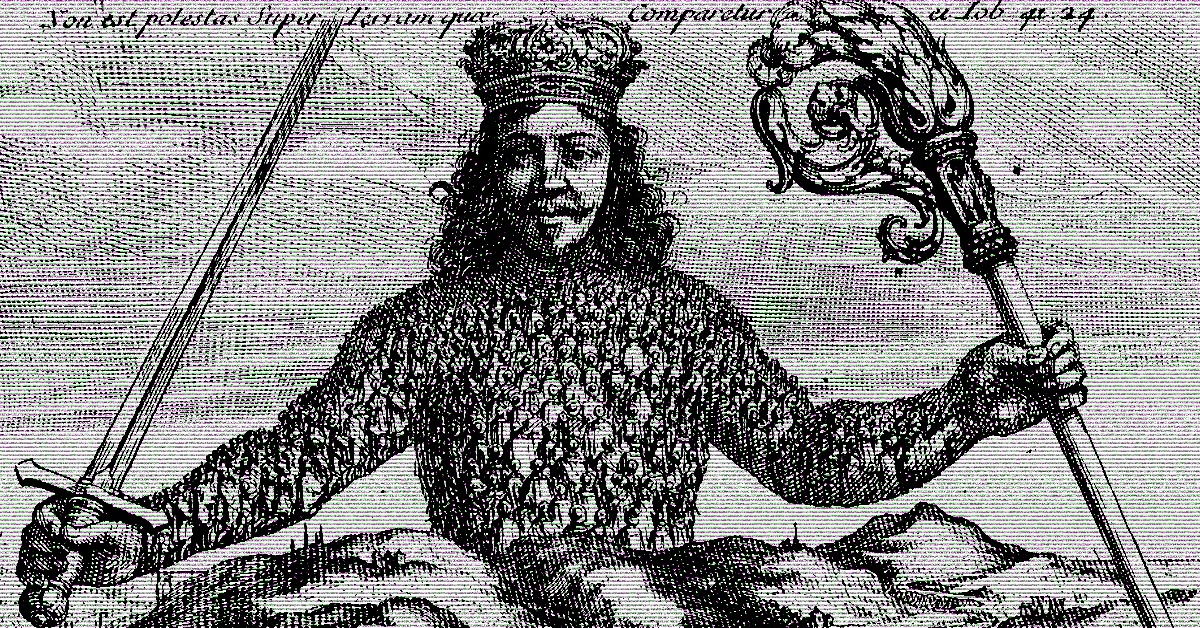 Are cryptocurrencies a new form of money and, if so, do they threaten state power?

Our friend Nic Carter has recently commented on these questions in dialogue with the Federal Reserve Bank of New York. We would like to add our perspective and thoughts on this, as we believe there is value to be derived from discussing these matters in depth. For better and worse, we believe that blockchains such as Bitcoin, Ethereum and Handshake (in which I am involved) have features that make them a novel threat to the powers that states derive from currency issuance — but only a very marginal threat. This fairly mild conclusion flows from more controversial premises.

Steven McKie is a founding partner and managing director at Amentum Capital, developer on HandyMiner and HandyBrowser for Handshake and host of the BlockChannel podcast. A version of this article first appeared on Amentum’s blog.

The New York Fed writers name three kinds of money: fiat money, money with intrinsic or commodity value and claim-backed money. Without getting lost in the weeds, we think this overcomplicates things. All money that we can think of falls into two categories: either it has intrinsic value (like edible grains) or it doesn’t. If it doesn’t, then its value comes from the supposition that someone else values it.

This mysterious “someone else” might be totally unspecified, as when we suppose someone will pay us for gold; or it might include a specific party, such as a state, that promises to take the money in exchange for, e.g., discharging tax obligations. Bitcoin, like gold in the post-gold-standard era, falls into the former category. It has no intrinsic value and nobody in particular has promised to exchange anything for it. We just guess that someone will.

But we should not be surprised that the world’s most popular kinds of money are the ones that states explicitly promise to honor. For states, such promises are an extremely important instrument of their power. For example, by only accepting dollars as tax payment, the United States obliges its hundreds of millions of people to make sure they have dollars handy. Because of this, everyone in the world knows they can sell their dollars to someone (i.e., to U.S. residents). Moreover, everyone knows that by accumulating dollars they gain certain leverage over the United States. This situation enables the United States to print its own money and in so doing, project its power around the world.

The power to print money also gives states another kind of power: It enables them to maximize their productivity. By increasing the money supply, they can pull more people on the margins of the economy into the productive process. But this comes at the cost of the scarcity of money and, because it puts the newly minted money directly into the pockets of the less-powerful, tends to decrease the power of those who have already accumulated a lot of money. Hence, artificial constraints of the money supply, like the gold standard, are often associated with extremely conservative politics. Constraining the money supply hurts productivity, but it preserves social hierarchies.

This is where the more benign hopes of transcending nation-states mix with the darker fantasies of so-called bitcoin maximalists. On the one hand, a meaningful alternative to national currencies could allow people in abusive regimes not to rely on their governments’ worthless “promises.” On the other hand, a mechanistically fixed supply of money could put an unequal social hierarchy beyond the reach of democratic power, as the gold standard once did.

Bitcoin, in this respect, is very much like gold. And like gold, it poses no active threat to state currencies or state power. For the value of state currencies – as described above – is predicated upon the actual, practical power of states. Throughout modern history, the preeminent reserve currency has been the coin of the world’s preeminent military power. Only if states lose their status as the main global powers are their currencies likely to follow suit.

Cryptocurrencies are only playing around the margins of this reality. Still, they can play an interesting role because they have features that prior non-state currencies did not. For example, they can facilitate coordination and communication between their holders. Imagine if all the holders of gold could, for example, vote on whether to mine more. Moreover, some cryptocurrencies have intrinsic value, such as ether (paying for the use of a distributed network), or HNS (paying for domain names on a decentralized registry).

The ongoing improvements in global cooperation that happen in the bitcoin/crypto private sector derive from the many players that ensure a proof-of-work (PoW) system remains secure.

The intricacies that go into the production of hashrate, such as power and chipmaker pricing negotiation, manufacturing, international sales and marketing, mining pools and hashpower secondary markets. All are playing a piece in hardening relationships locally and internationally.

Therefore, a properly secured chain has then worked its way into regional regulations and labor, becoming a localized economic staple over time as it approaches scale. And, the second-order effects that come from that embedded chain of incentives include a public blockchain that is secure, not just technically but socially and politically. The most secure chains possessing such widespread economies of scale become powerful economic instruments of finance and political social progress (albeit slowly, but each new major public chain hastens this emergent process, thankfully).

In essence, though these systems may at first seem adversarial to state power by their very design, if you look more closely you’ll see they inherently (slowly) improve diplomacy via scalable trustless cooperation and international business over time.

To understand more on the “alchemy of PoW hashpower” and how it naturally derives incentives for international business cooperation, see this ongoing series from Anicca Research. The trustless systems we deploy globally have powerful consequences, and it’s important that we as an industry understand how to continually scale the positive aspects of decentralized monetary systems, without amplifying the negative effects such as centralized financial influence.

States are not wrong to be somewhat threatened by these hard-to-assess possibilities. If many people decide they would rather hold cryptocurrencies than state-backed currencies, it will diminish states’ abilities to project power through their coins.

Read more: The Crypto-Dollar Surge and the American Opportunity

But states still have the armies, the police and – on a good day anyway – democratic legitimacy. All of that still matters, and will for a long time.