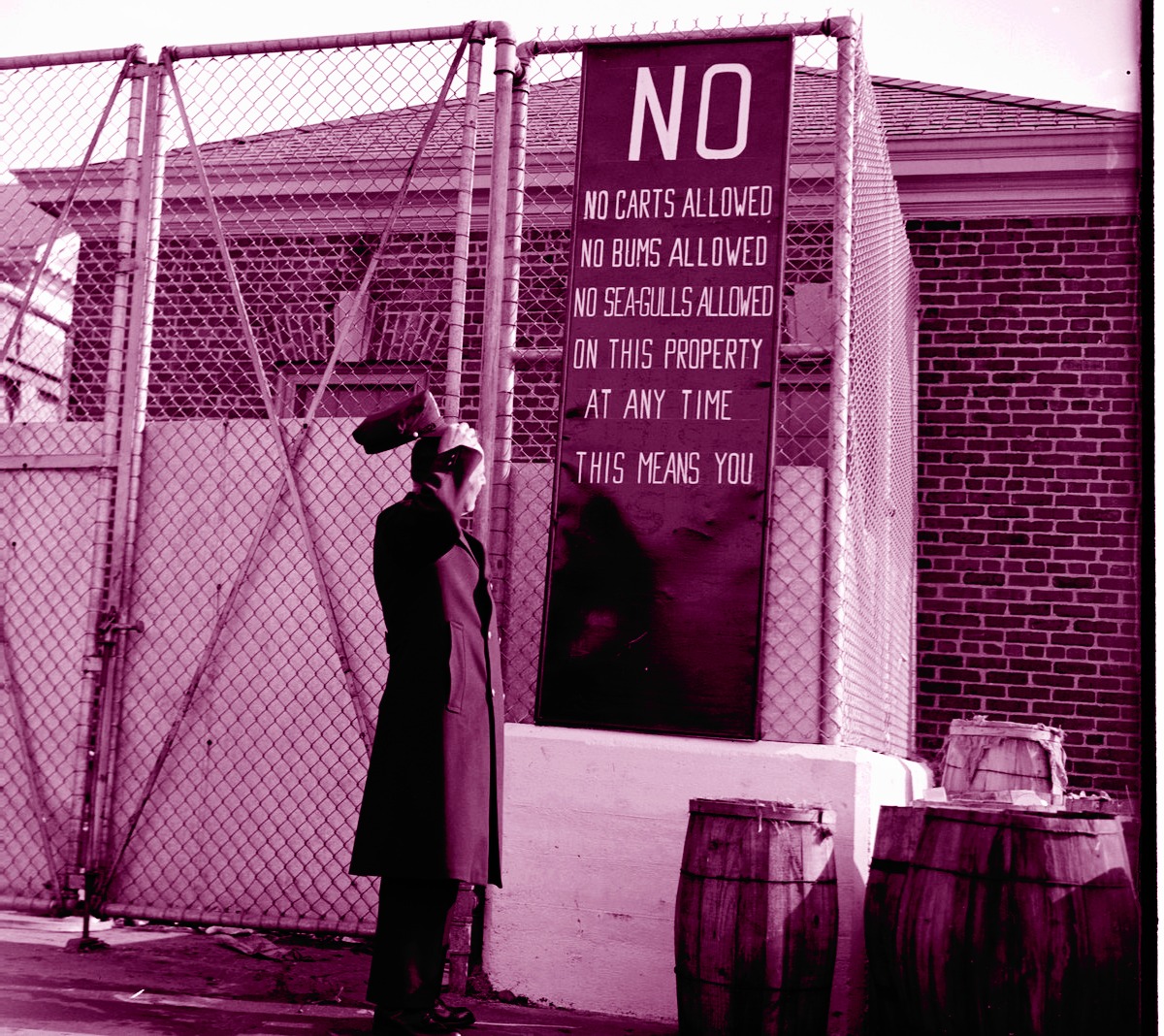 When the news came out last month that the U.S. Office of the Comptroller of the Currency (OCC) had cleared banks to custody crypto assets, you may remember that I expressed surprise that the new crypto-friendly Acting Comptroller Brian Brooks had managed to get such a bold move through the channels of bureaucracy so fast. It turns out that he didn’t.

Apparently the OCC had been working on this letter for some time, according to regulatory sources who spoke to my colleague Nik De.

While this may sound like a “so what?” revelation, let’s zoom in on the interesting part: the OCC had been looking at this for some time.

You’re reading Crypto Long & Short, a newsletter that looks closely at the forces driving cryptocurrency markets. Authored by CoinDesk’s head of research, Noelle Acheson, it goes out every Sunday and offers a recap of the week – with insights and analysis – from a professional investor’s point of view. You can subscribe here.

We don’t know exactly how long, but the act of writing an interpretive letter typically takes months, and the deliberations start well before the writing begins.

The takeaway here is that regulators in Washington have been working on how to support crypto innovation while protecting investors for longer than many realize. The Commodity Futures Trading Commission, for example, started looking closely at crypto assets as early as 2014, and other organizations no doubt also have had teams keeping an eye on developments since even before the 2017 bull run.

Politicians, also. This week we reported that former U.S. Representative Cynthia Lummis won her primary race to join the U.S. Senate representing Wyoming, and is favored to win the general election. She bought her first bitcoin in 2013 and has been an advocate ever since.

We also reported that the chairman of the National Republican Congressional Committee, Tom Emmer, revealed that he will accept bitcoin donations for his reelection campaign. He started reading about bitcoin four years ago.

These two are far from the only prominent politicians promoting further investigation into and support for cryptocurrencies, as Nathaniel Whittemore details in one of this week’s The Breakdown podcast episodes.
In a convention season at a fraught time in American history, politicians will likely be more preoccupied with pressing issues such as the pandemic, civil unrest and the worst unemployment levels in a generation. Still, it wouldn’t surprise me to see more lawmakers express opinions on the potential role of crypto assets in financial innovation over the coming weeks.

What’s more, recent news items hint at the substantial resources being dedicated to crypto assets on the part of regulators, beyond the OCC’s work. Earlier this month it emerged that the Securities and Exchange Commission had submitted a procurement request for a tool to analyze smart contracts and detect security vulnerabilities, which suggests a sophisticated level of interest in decentralized finance. And a few weeks ago the agency awarded a contract to CipherTrace on the grounds that it was the only blockchain forensics firm at the time that could support analysis of Binance Coin.

Not all regulators are moving at the same speed, and there are always individuals with less progressive attitudes. But the different regulators talk to each other, they gather at the same events (or they used to, anyway), they sometimes exchange employees. There are demarcations, but they do influence each other.

And so, it’s encouraging to know that the first steps in the opening up of crypto services to traditional finance does not depend on the happenstance of having an Acting Comptroller familiar with crypto assets’ potential impact. It also means that the OCC’s recent bold move is probably not the only welcome surprise we’ll see from an official body this year.

Only, now there’s bitcoin on Ethereum.

Wrapped BTC (WBTC), an ERC-20 token backed 1:1 by bitcoin, launched in February 2019 as a joint initiative between decentralized exchange startups Kyber Network and Republic Protocol, as well as cryptocurrency custody company BitGo. From the beginning, several marketplaces and decentralized finance (DeFi) projects pledged to support the token, which, according to Bloxy, now has over 3,200 unique holders, more than double the figure in early May.

What is the appeal? Recently, several DeFi applications have emerged that pay attractive yields on cryptocurrencies. Most DeFi applications run on Ethereum, leaving yield-hungry BTC holders no option but to rely on centralized lending platforms that generally pay less. Bitcoin wrapped in an Ethereum token, however, would be eligible, allowing bitcoin holders to earn more interest than they could off the Ethereum blockchain.

Other bitcoin-backed Ethereum-based tokens have since emerged, such as tBTC, but wBTC is the market leader for now, accounting for two thirds of all BTC on Ethereum. My colleague Zack Voell reported earlier this week that there was more wBTC minted between August 9-14 than there were bitcoins mined in that period.

While the whole DeFi evolution is captivating, the explosion of interest in Ethereum-based BTC is particularly interesting on two fronts:

1)    The “culture clash” between Bitcoiners and Ethereum supporters is at times public and loud. Here we have the two working together in what could end up being a symbiotic harmony that enhances the attractiveness of both. Ethereum will continue to encourage decentralized finance innovation, only with even more liquidity. And bitcoin will continue to be a digital store of value appreciated for its scarcity, only with even more yield opportunities.

2)    This could change the bitcoin “intrinsic value” equation. Bitcoin does not generate yield.

This is sometimes cited as a barrier to investment. If idle bitcoin can generate a yield, does that give it a utility that it did not previously have? What would this do to bitcoin’s use case as a store of value, akin to digital gold?

The growth is worth paying attention to. There are now over 45,000 BTC locked up on Ethereum, according to btconethereum.com. This is still relatively low, considering that the current BTC supply is over 18 million. But it is more than double the amount just two weeks ago.

And the ideas are just warming up. Earlier this week Leigh Cuen reported on a project working on incorporating bitcoin into decentralized finance projects without having to put it on Ethereum.

Just when you thought you understood what bitcoin’s eventual use case would be, innovation does its thing.

Anyone know what’s going on yet?

Markets didn’t have the most exciting of weeks, but things seem to be getting more dramatic.

Tech stocks got another boost of energy, as the Nasdaq Composite index soared ahead of the S&P 500 in terms of weekly performance. It even handily beat bitcoin, although month-to-date, the cryptocurrency is still ahead.

Bitcoin took a run at the beginning of a price spike, but ran out of steam almost right away and retreated to its now comfortable range of $11K+.

The 5-year TIPS/Treasury breakeven rate (the rate of inflation that would make Treasury Inflation-Protected Securities returns equal Treasury returns, an indicator of market expectations) is almost back up to pre-pandemic levels. (The higher this rate is, the higher investors think inflation will be, on average, over the next half-decade.) Given parallel expectations of higher unemployment and lower economic growth, this data point hints that forces other than consumer demand are at work.

People are starting to talk about the risks to the market of a vaccine. The fear is that, if people start feeling optimistic again, they might start spending and that might mean inflation which could point to rate increases and the mother of all &#8220;taper tantrums.&#8221; This thinking is nuts.

At this stage, if I were trying to cram all of this into a screenplay, I’d be panicking about how to come up with an ending spectacular enough to justify such head-scratching plot twists. Suggestions welcome.

George Ball, former President of E.F. Hutton  in its heyday (older readers may remember the classic TV ads), former CEO of Prudential Securities and current CEO of financial services firm Sanders Morris Harris, suggested in a Reuters interview that bitcoin or other cryptocurrencies could be “a safe haven” for investors and traders as an alternative investment. He went on to say that bitcoin is “very attractive” as something that “can’t be undermined by the government,” and predicted more people will turn to the crypto market after Labor Day. TAKEAWAY: The chorus of mainstream voices publicly supporting bitcoin is getting louder. This is significant, especially now – in an investment world in which few have a firm grasp of what’s driving markets, the power of narrative has a driving role, especially when told by familiar faces.

Major Chinese bitcoin mining pools are each seeing daily hashrate drops of 10% to 20% following continuous rainstorms in Sichuan. Some mining farms are being forced to unplug due to electricity and internet disruptions, and others have paused operations in order to evacuate on-site staff for safety reasons. TAKEAWAY: A reminder that geographical spread of mining operations is crucial for Bitcoin’s security, especially if we are going to be having more extreme weather events.

Speaking of the geographical diversity of mining operations, Colorado-based bitcoin mining company Riot Blockchain is buying 8,000 additional S19 Pro Antminers. TAKEAWAY: This is a capital investment of over $17 million, not an insignificant amount for a company whose revenue declined and losses deepened in Q2. Given that the miner rewards for processing blocks are now almost 50% less than they were a few months ago, this level of expenditure points to strong optimism about the bitcoin price.

A bitcoin transfer was successfully sent between Earth and the International Space Station using dedicated hardware installed on the spacecraft. TAKEAWAY: Those of you out there who enjoy sci-fi will appreciate the glimpse of how extraterrestrial payments might function without a central bank.

According to data from Glassnode, the number of bitcoins held in exchange addresses has fallen to a 21-month low. TAKEAWAY: This could mean that more investors are holding their bitcoins in external custody solutions, rather than leave them on exchanges ready to trade. If so, this implies less selling pressure and possibly more bullish momentum.

Crypto lender BlockFi has closed a $50 million Series C round, led by Morgan Creek Capital, Peter Thiel’s Valar Ventures, CMT Digital, Castle Island Ventures, Winklevoss Capital and others. TAKEAWAY: That’s a hefty raise, even without adding it to the nearly $50 million already raised since August 2019. This speaks to the growing interest in crypto-backed lending products, which point to a deepening maturity in the space, which in turn is likely to trigger more demand for crypto-backed lending products, and so on. The industry will change if (when?) financial institutions start to get involved, but until then, the centralized crypto lending pie is getting bigger and consolidating around BlockFi and Genesis, with Coinbase a new entrant that could make waves.

Podcast episodes worth listening to:

Disclosure
The leader in blockchain news, CoinDesk is a media outlet that strives for the highest journalistic standards and abides by a strict set of editorial policies. CoinDesk is an independent operating subsidiary of Digital Currency Group, which invests in cryptocurrencies and blockchain startups.
0Shares
CryptoLongRegulatorsShortThinking