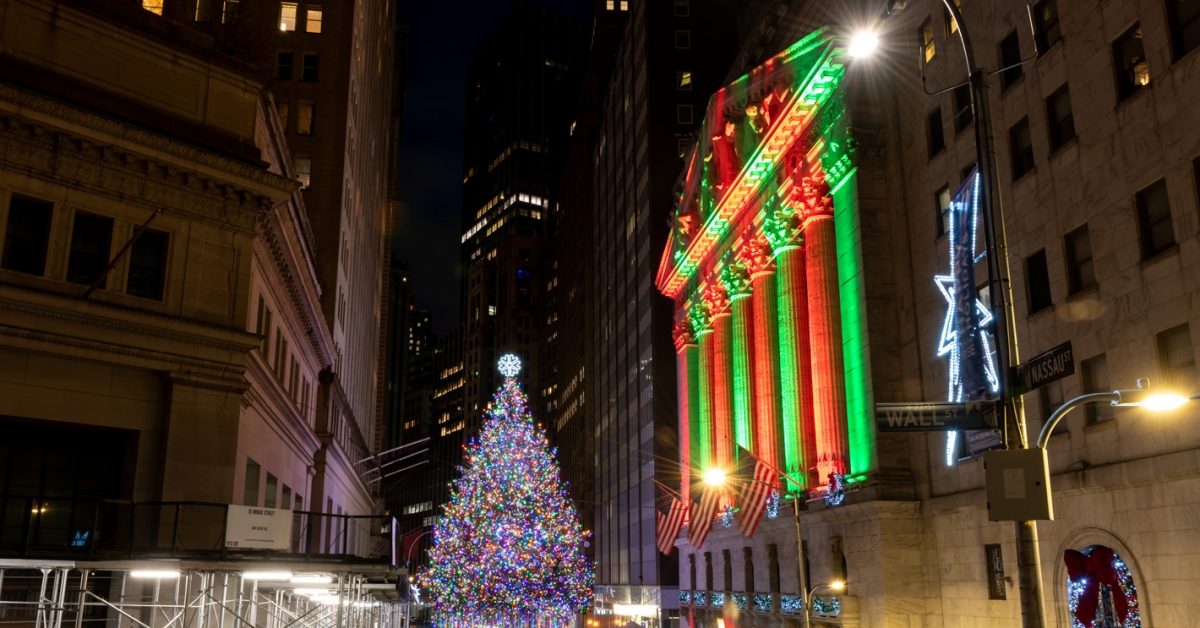 In a departure from our usual Crypto Long & Short format, in honor of the holiday season, I’ve written a poem that reviews the year and reflects some of the progress made in our industry. It’s not rigorous analysis, but I hope the change in rhythm lightens the festive period.

Go ahead and laugh, but may I say in my defense that “good at rhymes” was not in my original job description.

‘Twas the day after Christmas. Instead of some rest

I decided to review how we had progressed.

The ructions in March did much to dispel

The “safe haven” myth as all prices fell.

Of too much leverage. But things would get stranger.

We all soon grew aware of the threat of a new

Type of virus that spread. It was not “just the flu.”

As April drew round, we saw a new correlation

Between bitcoin and stocks, and a dip in inflation

As spending dried up. But the biggest shock

Was a negative oil price from way too much stock

And not enough storage. Uncertainty spread

As markets digested the changes ahead.

The official response to the looming crash

In incomes and output was to print more “cash.”

The ballooning supply of fiat to spend

Was in sharp contrast to a cap that won’t bend.

And with perfect timing did the network remind

Us that every four years the new issue declined.

The halving in May during our big event

The spread of the virus could not be stopped.

Nor could the rise of the prices of stocks

That used tech to help people weather the shocks

Of a new way of working and seeing their friends,

In spite of the cuts in yields and dividends.

And decentralized finance had surprises in store:

A surge in the volume of trading on some

Of the platforms that had names that would become

Memes of their own. Sushi, pizza and YAMs –

While many delivered, it seems some were scams.

With part of the U.S. fighting fire after fire

In October, the bitcoin price started to rise

And a looming election pushed stress to new highs.

PayPal’s support for transacting in some

Of a bitcoin stake held as a hedge – it made sense

In the face of the risk of growing inflation

And currency woes that could lead to stagnation.

In December, bitcoin’s correlation to gold

Has fallen almost to zero, as new narratives unfold

And the bitcoin price enters a new paradigm.

As I write this verse, it continues to climb

Toward new all-time highs. Now, I do not know

Where it goes from here, but the inflows do show

With so much going on, there is more I could say,

But this poem is already way too long, yet

I can’t leave without urging us not to forget

That the year has been hard for so many out there.

And although there is hope, we should still be aware

Of the need to be kind, and to take care

Of our health, and our loved ones. For always somewhere

There is someone whose day could be brightened with sharing

A bit of compassion, affection and caring.

With that, dear readers, I bid you good cheer!

Happy Holidays, and have a hopeful New Year.

Crypto fund manager Bitwise has liquidated the XRP position it held in its Bitwise 10 Crypto Index Fund, after the U.S. Securities and Exchange Commission announced that it was suing the company Ripple, which maintains 55 billion XRP in escrow and releases 1 billion every month, for what it deems a years-long unregistered offering of securities. TAKEAWAY: It is not clear that the suit will prevail, as Ripple is claiming that XRP falls outside of federal securities laws. Nevertheless, it is a big deal even for investors that have no interest in XRP, since the ripple effect (sorry) of the regulatory action will touch exchanges that list the token as well as funds that hold it, such as the Bitwise product. It will also further the conversation over what is and isn’t a security, clarity which will be welcomed by the industry as a whole. At time of writing, the XRP price is 40% lower than its price a week ago.

Anthony Scaramucci’s hedge fund SkyBridge Capital, which manages approximately $9.2 billion worth of assets, filed a Form D with the U.S. Securities and Exchange Commission for what appears to be its first bitcoin-only fund. SkyBridge has already invested $25 million in this fund, which will open to new investors in early January. According to Scaramucci, MicroStrategy’s CEO Michael Saylor was the inspiration for the fund. Scaramucci also said that SkyBridge is running a full bitcoin node. TAKEAWAY: The Saylor connection is interesting in that it shows the contagion power of high-profile conviction. And you don’t often hear of institutional investors getting as deeply involved as to run a node.

Here’s a good article by JP Koning on how we applaud the entrance of institutional investors into the market, but we tend to oversimplify why they’re investing.

Mogo, a Canadian fintech listed on the Nasdaq and Toronto stock exchanges, has announced it will make a corporate investment of up to CA$1.5 million (US$1.16 million) in bitcoin, and will consider additional purchases over 2021. TAKEAWAY: I really hope we aren’t witnessing the beginning of a trend in which companies announce bitcoin interest so their share price will go up. I just fail to see the sense in announcing a massive buy before you do it – isn’t part of a company’s obligation to its shareholders to ensure it gets the best price for its acquisitions?

The original bitcoin-buying corporation, MicroStrategy, has invested all of the proceeds of its $650 million debt issuance into 29,646 more bitcoin, at an average unit price of $21,925. The business intelligence firm now has 70,470 BTC worth over $1.596 billion in its treasury reserve. TAKEAWAY: Now this makes sense, announcing after the buy has been completed. Many companies will no doubt have noticed the MicroStrategy share price performance since it dove headfirst into cryptocurrency – this could well encourage others to dive in, and not necessarily for ideological or even investment thesis reasons.

Previous PostDLT Regulation in 2020: Backwards or Sideways?Next PostTim Ogilvie: Proof-of-Stake Was Bigger Than Eth 2.0 in 2020