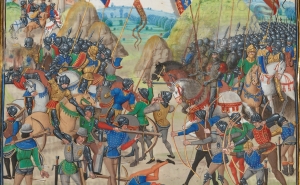 Despite three “51% attacks” in a month, Ethereum Classic’s price has demonstrated strong resilience. Though down a bit for the past month, its persistence may indicate that security is not a top priority for investors rushing to join a bull run in the crypto market.

However, some warn that unless it improves its blockchain and makes it safer, additional attacks on Ethereum Classic could trigger a market sell-off and lead to a collapse of its digital asset.

For a blockchain network’s security, a “51% attack” is pretty much as bad as it gets. That’s when a single entity gains control of a majority of the network’s computing power, allowing it to siphon off extra units of the currency in what’s known as a double-spend.

So it would stand to reason that three successful 51% attacks in a month against the Ethereum Classic blockchain might dent investors’ confidence. But prices for the project’s native ETC token haven’t really taken a hit – a sign traders could be less concerned about security vulnerabilities than a quick profit in fast-moving cryptocurrency markets.

Three 51% attacks in a month

For the Ethereum Classic blockchain, 51% attacks have been a threat for a long time. Unlike Ethereum, from which it was hard forked, the Ethereum Classic network is committed to the Proof-of-Work (PoW) consensus algorithm, which is also used by BItcoin. But for large networks like Bitcoin, a 51% attack is prohibitively expensive to do given the enormous amount of computational power required by PoW to successfully do it. Ethereum Classic’s hashrate is much smaller, making it far more vulnerable to 51% attacks.

By press time, the hashrate of Ethereum Classic stood at 1.668 terahash per second, while Bitcoin’s at 117.95 exashes per second, according to BitInfoCharts.

Ethereum Classic is the product of a hard fork after the Ethereum network split in different ways following an infamous hack in 2016. The PoW-based blockchain has been chasing after Ethereum, which now represents the No.2 cryptocurrency by market capitalization.

“In PoW, on the other hand, a successful attacker can just attack over and over again, with no possible way to delete their hardware without deleting everyone else’s hardware.”

During the month of August, the Ethereum Classic network suffered not one but three 51% attacks: the first one took place on Aug. 1, the second on Aug. 6 and a third on Aug. 29.

NiceHash, a hashpower broker, acknowledged its platform may have facilitated the recent 51% attacks, in a blog post on Sept. 1, but it also concluded that such attacks cannot be prevented or mitigated in a “truly decentralized proof-of-work solution.”

“The only thing one can do is make the price of an attack higher than the attacker reward,” the post added.

The Ethereum Classic network also suffered a 51% attack in early 2019, which led crypto exchange Coinbase to halt all ETC transactions, withdrawals and deposits at the time.

James Wo, founder of ETC Labs, the leading organization supporting the Ethereum Classic network, told CoinDesk via a spokesperson that his team has been trying to enhance the network’s security in the past year, including expanding the network’s core development team, and partnering with companies such as Chainlink, Swarm and Bloq.

“These developments and partnerships are working to quickly propel the advancement of ETC and ensure a bright future for the network,” Wo said, who added that ETC’s price has held “strong” even with the recent 51% attacks.

Indeed, the attacks have not had any significant impact on its prices, which prompted a question: why would anyone put money in a token when its security is not guaranteed?

A large percentage of ETC holders received their tokens involuntarily after the Ethereum chain split and, as a result, the price of ETC has remained stable over the past few years simply because many ETC holders have ignored taking any actions.

“Many people are just sort of sitting on it and maybe not necessarily thinking about trading [ETC] or not necessarily actively monitoring their transition,” Meltem Demirors, the chief strategy officer at CoinShares, said in a phone interview with CoinDesk. “Because a lot of people who hold assets from a fork don’t really have any incentive to sell them unless the value goes up dramatically.”

Citing the fact that a large number of Ethereum Classic wallets have been inactive, Demirors said some ETC holders may not see the value of selling or even claiming their ETC.

“I don’t know how motivated they are to actually try to sell or try to move their assets to a wallet or on an exchange,” she said. “A lot of people just don’t think it’s worth the effort and energy.”

Ethereum Classic’s price resilience during these attacks tells the story that the majority of crypto investors right now are more focused on “short-term” price momentum trades than “long-term” chain security and fundamentals, according to John Todaro, director of institutional research at the cryptocurrency analysis firm TradeBlock.

“Price momentum in the space has accelerated recently and security concerns are being pushed aside to an extent,” he told CoinDesk via email. “While Ethereum Classic has legitimate long-term concerns given the recent 51% reorg attacks, we have not seen heightened capital outflows from ETC.”

That is in line with the red hot decentralized finance (DeFi) world where capital continues to be allocated despite warnings of high risks with certain yield farming smart contracts.

“You see people putting billions of dollars of their digital assets into unaudited smart contracts, right now I’m not sure people are really so concerned about security,” Demirors said.

And as long as the market remains in bull mode, it is likely that traders will compromise their security concerns for higher returns – until that security problem becomes big enough to trigger a collapse of the entire system.

In the DeFi world, that problem could be a few smart contract bugs. In Ethereum Classic, it could be a large-scale dump of the token as a result of any additional 51% attacks, Todaro warned.

That is not entirely impossible: After the first two attacks in August, crypto exchanges contemplated or else took drastic measures which would make ETC less accessible and attractive to investors. OKEx said that it will consider delisting the asset, and Coinbase extended deposit and withdrawal confirmation times for ETC to around two weeks.

While some have attributed crypto financial giant Grayscale’s position on ETC to its relatively stable pricing, the company refused to admit its influence on ETC’s trading.

“It would be very difficult for us to comment or point to our operating a vehicle around a particular protocol as being influential to the prices,” Michael Sonneshein, managing director of Grayscale, said in a phone interview with CoinDesk, pointing out his company also has large positions in bitcoin and ether. Grayscale, like CoinDesk, is a unit of Digital Currency Group.

But according to Demirors, there are only a “small” number of financial investment firms – Grayscale included – involved in this digital asset, making it natural that Grayscale is in the spotlight when it comes to Ethereum Classic.

“[Grayscale] holds a sizable percentage of the circulating supply in Ethereum Classic, which is locked up in the trust that will never be liquidated,” she said. “So I think some of those natural factors, which can drain the supply of Ethereum Classic on the market, have a dampening impact on the price.”

The recent 51% attacks on the Ethereum Classic network also have not led to any additional questions or worries from Grayscale’s clients on this crypto asset, according to Grayscale’s Sonneshein. Grayscale started its ETC Trust in April 2017.

Disclosure
The leader in blockchain news, CoinDesk is a media outlet that strives for the highest journalistic standards and abides by a strict set of editorial policies. CoinDesk is an independent operating subsidiary of Digital Currency Group, which invests in cryptocurrencies and blockchain startups.
0Shares
AttacksCryptoInvestorsStraight