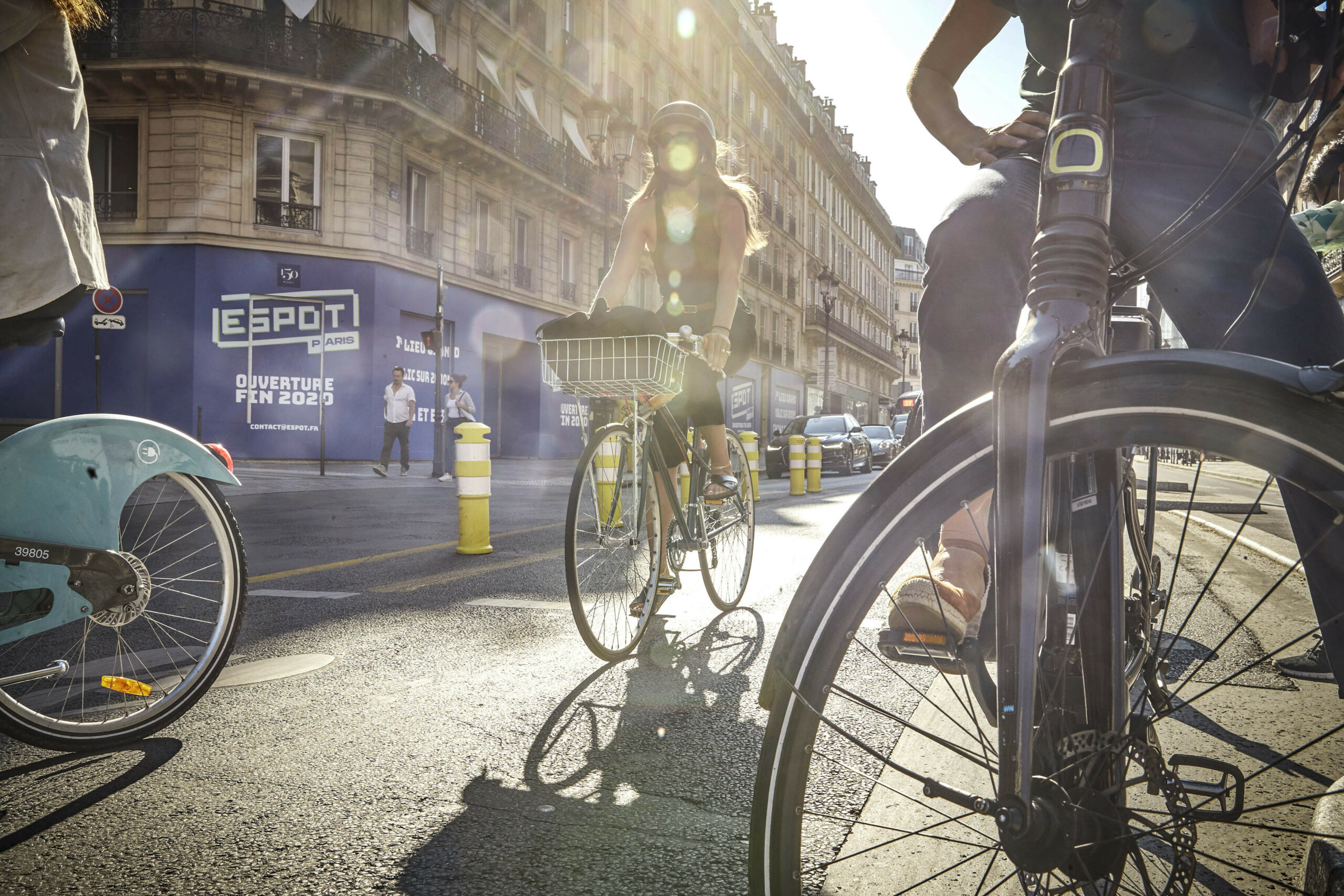 Rue de Rivoli, a boulevard running through the heart of Paris, has been developed in fits and starts. Napoleon Bonaparte initiated construction in 1802, after years of planning and debate, but work stalled following the emperor’s abdication in 1814. The boulevard remained in limbo until another military strongman, Napoleon III, completed the project in the 1850s. The next century, construction began again — this time, to accommodate cars. But this past spring, Rue de Rivoli experienced its fastest transformation yet.

With Paris traffic subdued by a Covid-19 lockdown, the mayor, Anne Hidalgo, decided on 30 April to close the three-kilometre-long road to cars in order to create more space for pedestrians and bicyclists. Workers repainted the road and transformed a major artery in central Paris — home of the world-renowned Louvre museum — virtually overnight.

It was not just Rue de Rivoli. Using only paint and screw-in markers, more than 150km of Parisian roads were temporarily reallocated to cyclists in the early months of the pandemic — a revolution in urban reprogramming. It was later announced that the changes would become permanent.

The Parisian example highlights the extent to which the pandemic has accelerated the pace of urban innovation, compressing what would have taken years into months or even weeks. Beyond highlighting the flaws in prepandemic urban systems — such as high levels of pollution — it has allowed city leaders to bypass cumbersome bureaucracy, and respond much more efficiently to the needs of people and businesses. Those needs are changing fast.

One of the most discussed changes relates to the separation of home and work. In the early days of urbanisation, people walked to work. Later, they began to take public transport. Only after World War II and the rise of suburbanisation did people begin to drive cars from their homes to giant factory complexes and office towers.

During the pandemic, remote work has become the rule in many industries — and many companies plan to keep it that way, at least to an extent. This reintegration of work and home threatens one of the last remaining vestiges of the Industrial Age: central business districts that pack and stack office workers in skyscrapers.

With many workers unlikely to return to their cubicles, old office towers may be transformed into much-needed affordable housing after the pandemic. One-dimensional business districts could become vibrant neighbourhoods.

Non-work activities have been transformed as well. Dining, entertainment, and fitness have increasingly been moving into the open air, occupying space that used to be designated for cars. So, as with the bike lanes in Paris, the pandemic is creating prototypes for a permanently post-automobile, humancentric city. In fact, the changes in Paris are part of a broader plan to create a “15-minute city” (ville du quart d’heure), where core daily activities — including working, learning and shopping — can be carried out just a short walk or bike ride from home.

So, far from rendering cities obsolete, as some predicted early on, the pandemic has unlocked an ever-broader potential for renaissance — what the economist Joseph Schumpeter famously called “creative destruction” on an urban scale. The crisis left governments with little choice but to adopt a fast-paced, trial-and-error approach. The extraordinary innovations in pedestrianisation, affordable housing, and dynamic zoning that have emerged highlight the power of positive feedback loops.

Nonetheless, a Schumpeterian approach is experimental; and even the best-designed experiments sometimes fail. Moreover, the costs of those failures are not borne equally: those with the least influence tend to suffer the most.

The Covid-19 pandemic, for example, has disproportionately affected the poor and vulnerable.

In South Africa, Dr Warren Smit of the African Centre for Cities at the University of Cape Town says: “It has highlighted the need for upgrading informal settlements, and also the need to move towards more participatory and collaborative governance mechanisms — which could include community-generated data and digital platforms, but will need to be much more than that.”

In this new age of urban innovation, leaders must take great care to minimise the risks to — and redistribute the returns toward — disadvantaged and vulnerable groups. That means, first and foremost, listening to them. The Black Lives Matter movement in the US is a powerful example of a disadvantaged group demanding to be heard. Leaders everywhere should pay attention and address racial and class divides head-on. Urban design is central to any such strategy.

To support this process — and help maintain flexibility and speed in urban innovation after the pandemic — leaders should consider creating participatory digital platforms to enable residents to communicate their needs.

This could encourage policies that improve quality of life in cities — especially disadvantaged neighbourhoods — including by limiting problematic trends like rising pollution and gentrification. Only with an agile and inclusive approach can we seize this once-in-a-century opportunity — or, rather, meet our urgent obligation — to build back better.

A stroll along Rue de Rivoli today reveals none of the desolation and dullness we have come to expect on city streets during the pandemic. Instead, the storied boulevard is bustling with masked Parisians, zooming along on bikes, scooters, e-bikes, and rollerblades or pausing for coffee at cafes and restaurants.

A street deadened by the pandemic has been revived. With thoughtful planning, bold experimentation, and luck, such transformations can be just the start for cities everywhere. — © Project Syndicate