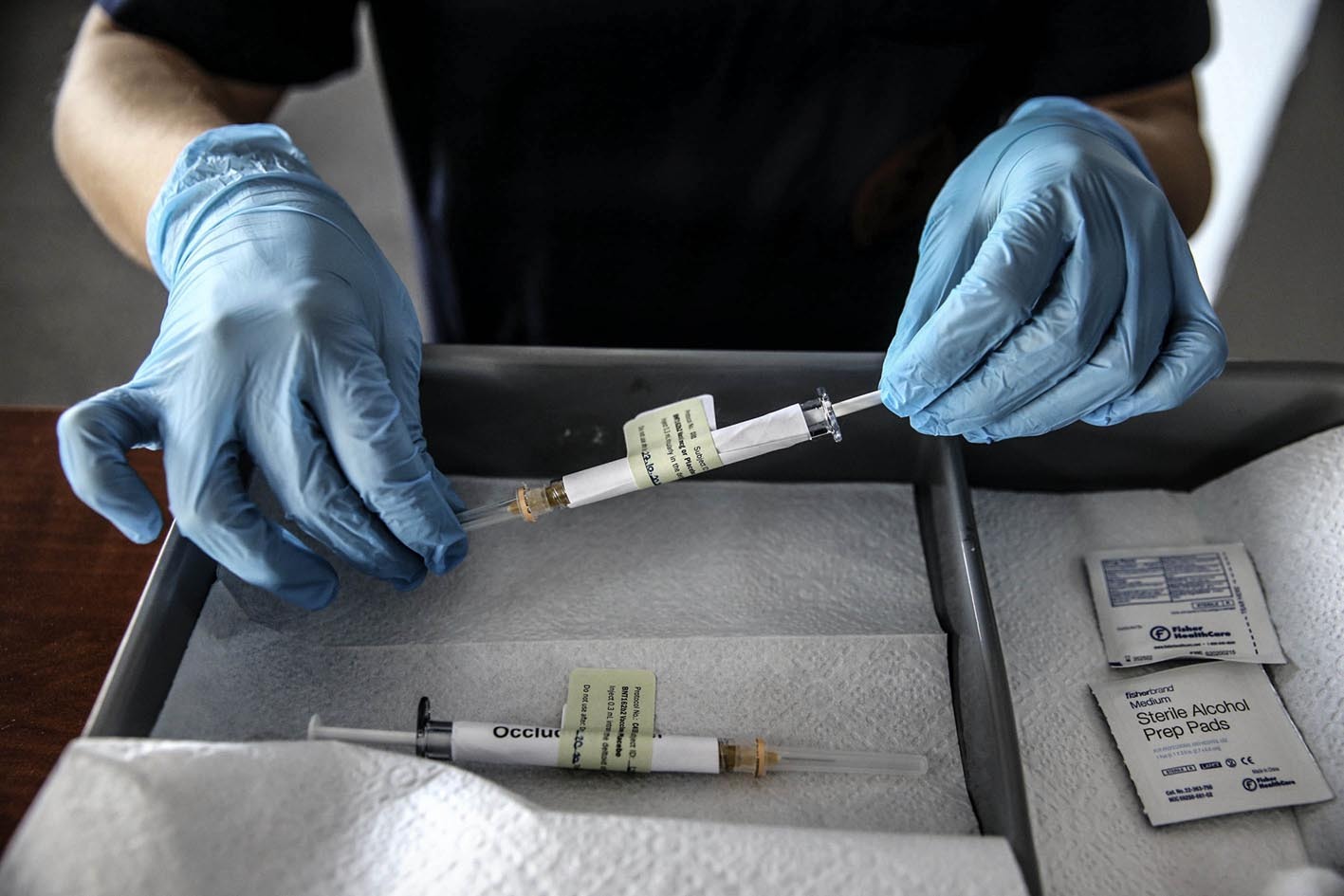 The crippling second wave of the Covid-19 pandemic is officially underway in South Africa, characterised by full hospitals in both public and private healthcare, and high daily “confirmed cases” and deaths. Daily recorded cases are averaging anything between 15 000 and 20 000, while the daily death average is between 400 and 600.

The minister in the presidency, Jackson Mthembu, was one recent high-profile case. He took to social media on 11 January to announce that he sought help from 1 Military Hospital, a South African National Defence Force facility not for civilian use, where he tested positive for Covid-19.

South Africa is a highly unequal country, with social distancing almost impossible in some family settings, and the situation can only get worse before it gets better.

The current Covid-19 situation is compounded by the acute shortage of hospital beds and treatment facilities. Both public and private healthcare facilities are turning away patients with Covid-19 who are sick and need medical attention.

As a result, some people are dying alone in their homes, with no one to monitor and care for them during their hour of need. On 11 January, President Cyril Ramaphosa announced during a televised national coronavirus update that there would be a “re-introduction of field hospitals” to supplement the existing healthcare infrastructure and cater for the increasing cases of Covid-19.

As Covid-19 numbers continue to rise countrywide, overwhelming the healthcare system, in different parts of rural Limpopo, healthcare workers say that the healthcare system is insufficiently prepared for a massive outbreak of Covid-19. Doctors say that while they understand that Covid-19 is a “unique flu”, belonging to a group of influenzas, albeit with “complicated symptoms” for people with comorbidities and highly contagious, they feel that the system cannot cope with the number of patients if many of them needed hospitalisation, because the system has been deteriorating under the watch of the government.

Healthcare workers are describing operating with chronic shortages of medication, doctors, paramedics and ambulances on a daily basis. One doctor based in Giyani, who did not want to be named, says they have to improvise, including performing operations without intravenous drips, which help patients in case they need blood transfusions.

According to a nurse working at a clinic in rural Limpopo, who also wants to remain anonymous, her health facility is not empowered to handle Covid-19-related cases, acting instead as a primary screening centre and referring all suspected cases to regional specialists. However, staff feel at risk as they don’t have personal protective equipment (PPE) when they interact with those who may be coming to the clinic infected with Covid-19.

She says healthcare workers at her clinic are operating in a risky environment due to the shortage of critical PPE, a requirement for healthcare workers to mitigate against acquiring or transmitting diseases in the line of duty.  She says each healthcare worker has to use one disposable mask the whole day at the clinic as they do not not have enough masks to use for one purpose and then dispose of them.

At the time of talking to her, in late 2020, the nurse said they had not received any form of training to deal with Covid-19 and she felt that this put her and her colleagues at greater risk of contracting the virus as they are frontline workers. She was worried that the government had not offered to pay them risk allowances for Covid-19 in case they contracted the virus in the line of duty. She also expressed her concern about the mooted reduction of government employees’ salaries and retrenchments.

While nothing could have prepared us, or the world at large, to face this monster pandemic, the truth is that we cannot say that we did not see this disaster, the shortage of beds in hospitals, coming. In South Africa, quality and efficient healthcare is exclusively for the well-off. Public healthcare, on which poor people rely every day, has been allowed to deteriorate to unspeakable conditions.

According to the South Africa Demographic and Health Survey report of 2016, compiled by Statistics South Africa and the South African Medical Research Council, about one in six South Africans aged fifteen-plus was covered by medical aid or another medical benefit scheme or hospital plan. White South Africans were far more likely to be covered by health insurance than other population groups (74% of white women and 77% of white men, compared with less than half among all other groups). It also noted that health insurance coverage was most common among those with more than secondary education (53% of women and 50% of men) and those from the wealthiest households (47% of women and 50% of men).

So why are those who are economically well off and educated abandoning public healthcare for private healthcare through medical aids? Public healthcare is inadequately funded in South Africa, characterised by collapsing infrastructure, shortage of human resources and chronic stock and medicine shortages. According to fact-checking organisation AfricaCheck’s 2018 report, quoting the South African Health Review (SAHR), the country had one state-employed doctor for every 2 457 people not covered by medical aid.

South Africa has a population of almost 58-million people. The majority of these people rely on public health services such as government clinics and hospitals. In 1994, the birth of democracy, the country’s population was 40.56-million. The population has grown by half that number again, but this growth has not been supplemented by improvements in healthcare infrastructure and other public goods in townships such as Soweto and Tembisa.

Reports of poor management of the existing government hospitals due to corruption and incompetence are all too familiar. In Limpopo, a 2018 Health-enews report described Polokwane Provincial Hospital, one of the biggest hospitals in the province and once regarded as the best, as a decaying healthcare facility, with problems ranging from expired medication, a shortage of consultation rooms, a poor filing system, laundry machines that don’t work and expired food in the kitchen.

This is why the anticipated Covid-19 vaccine roll-out will not be a magic wand for the ailing healthcare infrastructure. The state needs to invest in universal quality and accessible healthcare for all.

Access to health is a basic requirement for everyone, enshrined in the country’s constitution and guaranteed under section 27 of the Bill of Rights. Therefore, the South African state must ensure reasonable access for everyone’s health needs to be catered for.This begins with prioritising primary and secondary healthcare in both rural and urban South Africa, as a national security issue, by building clinics and hospitals that complement our growing population as well as equipping them with the necessary human and financial resources to enable them to carry out their work effectively. Failure to do so would be a failure on South Africa to ensure “the creation of conditions which would assure to all medical service and medical attention in the event of sickness” for its people as required by the United Nations’ International Covenant on Economic, Social and Cultural Rights, which the country ratified in 2015.