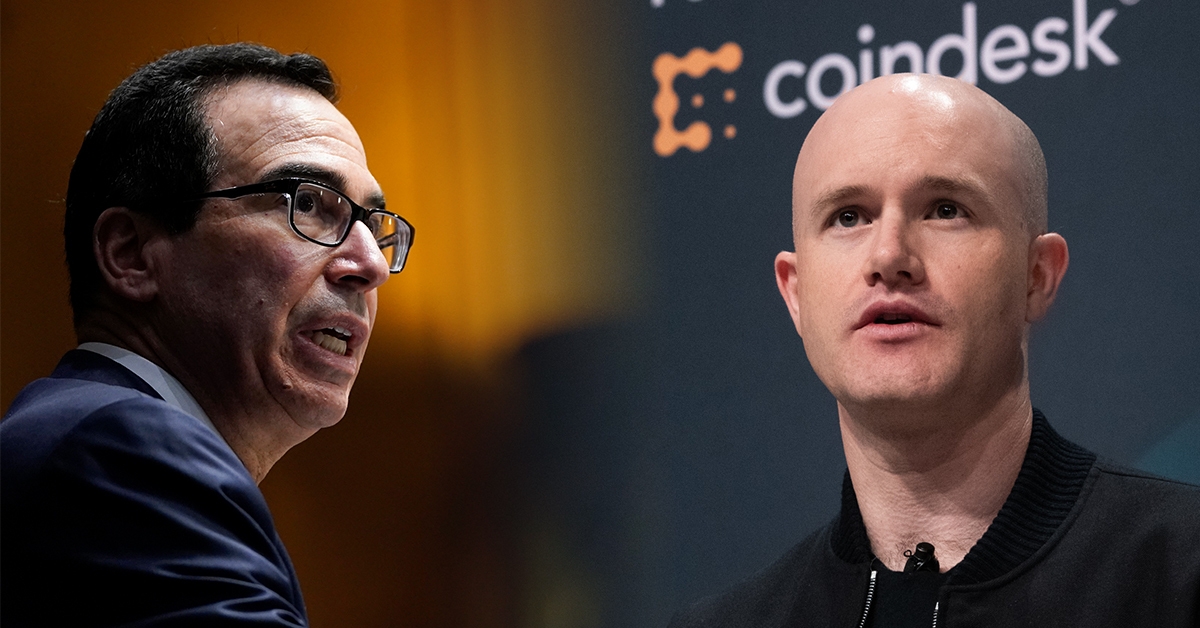 Brian Armstrong is worried the Trump Administration is about to send the cryptocurrency industry a parting gift.

The Coinbase CEO took to Twitter Wednesday night to blast the U.S. Treasury Department’s rumored plans to attempt to track owners of self-hosted cryptocurrency wallets with an onerous set of data-collection requirements.

If the whispers are to be believed,  outgoing Treasury Secretary Steven Mnuchin is preparing to tamp down on one of the fundamental tenets of the cryptocurrency ethos: the ability of the individual to hold their crypto (unmolested) themselves.

“This proposed regulation would, we think, require financial institutions like Coinbase to verify the recipient/owner of the self-hosted wallet, collecting identifying information on that party, before a withdrawal could be sent to that self-hosted wallet,” Armstrong tweeted.

If true, the regulation would represent a broadside against the U.S. cryptocurrency industry like few ever levied by the federal government. It would force corporations to know every counterparty to their users’ crypto transactions, keeping logs, tracking movements, and verifying identities even before a transfer could take place.

It would also bring to pass the worst-case scenario envisioned by industry players when the Financial Action Task Force (FATF), an intergovernmental body, told its member countries to apply the so-called travel rule to crypto businesses last year. This long-standing rule requires financial institutions to collect information about the sender and receiver of a money transfer. But it was ambiguous what that would mean when someone sends bitcoin from, say, their Coinbase account to an address controlled by a private key on a sheet of paper kept in a sock drawer.

The Treasury Department did not immediately respond to a request for comment.

And it would not just affect those who store their coins on a hardware device like Trezor or Ledger. Many crypto services use non-custodial wallets. Decentralized finance (DeFi) smart contracts. Software wallets, paper storage. All would need to prove their provenance to transact with regulated entities under the rumored rule.

Such a sweeping interpretation of FATF guidance has already been applied in Switzerland and the Netherlands. There, virtual asset service providers (VASPs) must prove the ownership of non-custodial crypto wallets ahead of transfer.

Armstrong said Wednesday that such a regulation “would be a terrible legacy and have long-standing negative impacts for the U.S.”

“This additional friction would kill many of the emerging use cases for crypto. Crypto is not just money – it is digitizing every type of asset,” he said.

In recent days, multiple cryptocurrency lobbyists and advocacy groups have staged what in hindsight appears to have been a soft influence campaign to shape public opinion of non-custodial wallets.

Coin Center published a think piece on the “unintended consequences” of non-hosted wallet restrictions on Nov. 18.