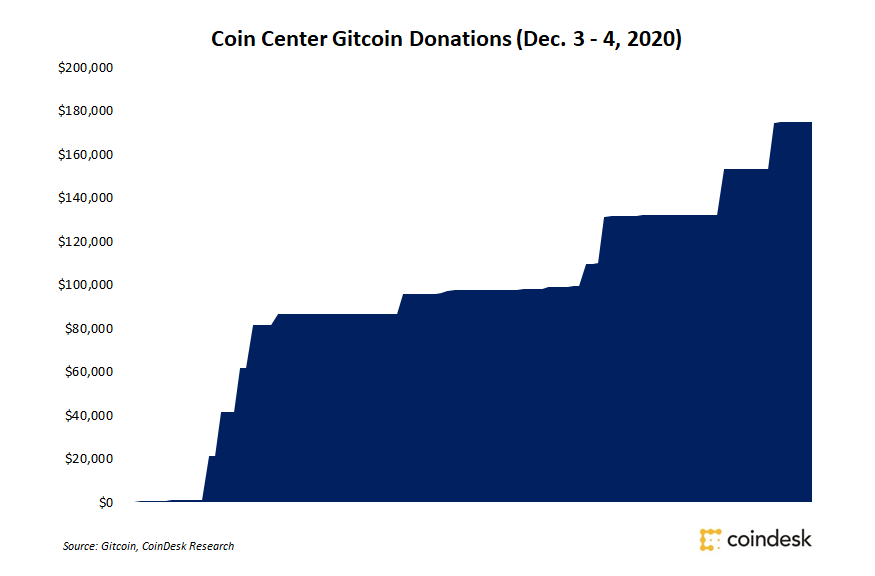 Anti-stablecoin legislation has been a boon for donations to Coin Center, a cryptocurrency think tank and policy advocacy group, with the organization receiving over $100,000 in donations — paid out in stablecoins — two days after the bill was introduced.

Coin Center donations were sent via Gitcoin in USDC, dai, and some ether with the Washington, D.C.-based organization received more than $130,000 from over 100 donors. An additional $60,000 in matched funds is set to be paid out at the end of the donation period later this month.

Even though the bill is effectively dead on arrival due to the approaching end of the congressional session, if introduced next session and passed, the bill would also require issuers to receive permission from a host of regulatory agencies to actually circulate tokens, and could potentially place legal restrictions around node operators for networks like Ethereum.

“We are incredibly grateful to the DeFi and Ethereum communities for this outpouring of support,” said Neeraj Agrawal, director of communications for Coin Center. Praising the mechanism by which they received the donations, Agrawal added, “Gitcoin is an amazing platform for people who care about an issue to fund a solution.”

Writing about the bill in a post published Thursday, Coin Center’s director of research Peter Van Valkenburgh said the legislation targets stablecoins instead of “traditional money transmitters” perhaps because “it is easier to pick on a young innovative industry with fewer political allies than an older sector with deeper pockets.”

The STABLE Act claims to be a way to define “deposits” as they pertain to digital assets. If stablecoins act like money, they should be regulated like money, Willamette University College of Law assistant professor Rohan Grey, an adviser to the bill, told CoinDesk on Wednesday.

Update (Dec. 5, 3:06 UTC): This article has been updated to reflect the increase in Coin Center Gitcoin donations since the article’s initial publication.