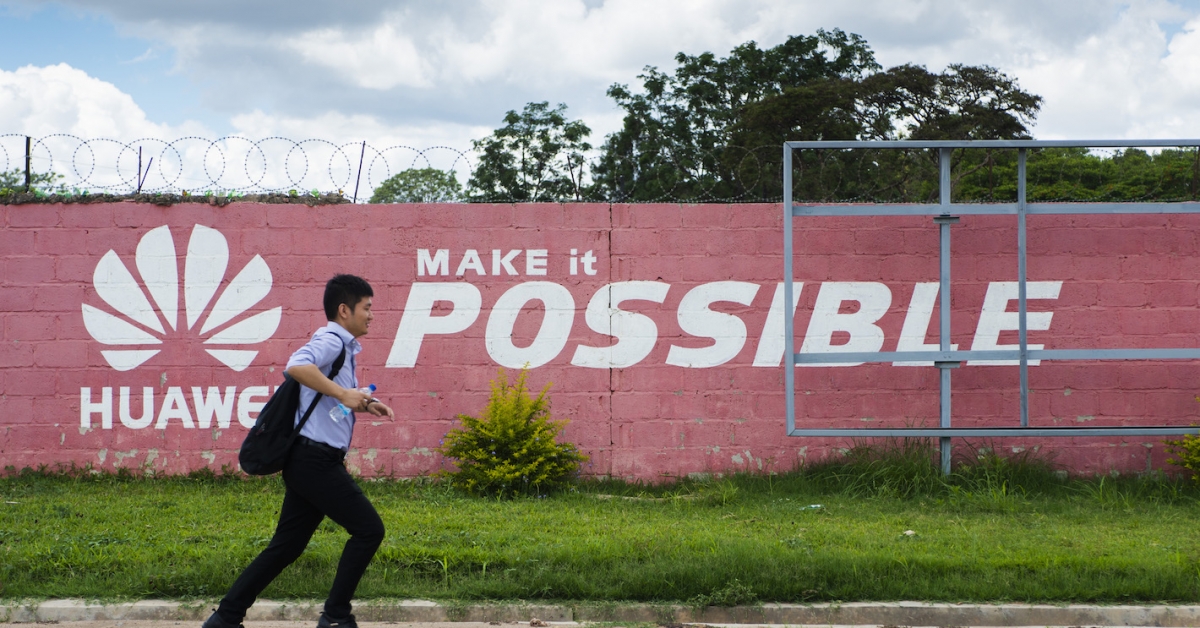 In Africa, there is a race to define a digital currency standard for the emerging digital economy.

So far, we have three dogs in this fight, with no case of a pan-African central bank digital currency either live or at pilot stage.

Out of the three, China’s DCEP from the People’s Bank of China is the leading contender because of a sneaky 20 year head start. Since the mid 2000s, China has discreetly accumulated significant influence over Africa’s technology stack, close to 50% in the mobile handset and 70% in the mobile network layers.

Michael Kimani is a creator at Cryptobaraza, an experienced market builder of fintech, blockchain and crypto products in Africa.

Now, China can launch its digital currency on top of this stack, running on specially designed chips embedded deep within dozens of popular Chinese phone brands that dominate Africa.

China’s grand plan has three prongs: leverage its collective national and commercial influence, ride on Africa’s mobile payments success story and use its over 50% smartphone market share in Africa to distribute the DCEP. Huawei’s Mate 40, which launched in South Africa in October, is the first smartphone that enables a hardware wallet for the DCEP.

Today, if you are browsing the web in Africa, much of the end-to-end internet experience is likely to have been built, serviced or financed by China.

It all begins with typical African digital native users on less than $2 per day. These users spend up to five hours daily on average on Whatsapp, Instagram or Boomplay, a music streaming app from China’s Transsion, Africa’s top phone maker.

Cheap Chinese-manufactured phones are the norm. Transsion manufactures Tecno and two other popular brands, Itel and Infinix. If it’s not one of Transsion’s phones, then it’s one of a half-dozen Chinese cell phone brands. More than 50% of Africa’s smartphone users in East and West Africa are on Chinese-manufactured handsets.

When users connect to the internet, their data is routed through mobile networks, which are, more often than not, supplied, built or serviced by Chinese companies like Huawei and ZTE. Sometimes procuring Chinese equipment is strategically packaged together with long-term intergovernmental financing at ultra-low interest rates from China EXIM bank or China Development Bank.

Such favorable vendor financing options, like grace periods on repayments of equipment, are responsible for kicking out Western competition, leaving firms like Huawei the lion’s share of Africa’s leading mobile networks. Roughly 70% of 4G base stations in Africa are made by Huawei (the U.S., Australia and parts of Western Europe have banned Huawei equipment over national security fears).

I could go on about China’s involvement in a rapidly expanding network of undersea cables (which security analysts suspect has political purposes), or the government surveillance, data centers, smart city projects and terrestrial TV infrastructure in Africa linked to China. But the long and short of it is, China has pretty much subsidized Africa’s connectivity and this hasn’t happened overnight. It’s taken 20 years to get to this point.

In the last 15 years, mobile chip payments like M-Pesa have become the de facto digital standard for 400 million unbanked phone subscribers in Africa, whether that’s paying remotely or in-person payments for local commercial and social transactions.

When Africans are online and want to pay for content or services like Netflix, Tinder, Chrome or Google’s Play store, they are met by a bizarre request for credit card details; yet, what they have in their pockets is a prepaid mobile chip card.

Due to a historical combination of low penetration of bank accounts and a lack of formal credit history, adoption of credit cards to any meaningful levels was hampered.

See also: Geopolitics at Stake in US Response to China’s Digital Yuan: Report

So, rather than flog a dead horse, Africa’s mobile money operators repurposed the disposable SIM card, a tiny portable memory chip that stores mobile user information, to work much like the chip in a plastic credit card. After all, mobile phones were already in abundance.

Due to Western digital commerce norms, the only payment integration methods that exist are for credit cards. This leaves millions of Africans excluded from the global economy.

This is the original sin, and no one knows it better than Chinese app and venture builders. And they hope to align with the reality of Africa’s payment landscape.

Phone manufacturers like Transsion now build apps and invest in African ventures, riding on their distribution and infrastructure to pre-install Chinese apps before shipping to African markets.

Once in a while some apps and ventures are a massive hit, like Boomplay, a mobile app that streams African sounds to 50 million listeners across the continent.

Boomplay’s meteoric growth came on the back of strategic app pre-installations on Transsion’s brand of handsets destined for Africa. Despite its healthy growth, Phil Choi, head of international expansion at Boomplay, told Techcrunch that one problem stuck out like a sore thumb.

“… There isn’t really a sustainable or efficient mobile payment system. Processing payments takes really long and can be unreliable. For example, halfway through a transaction, errors may occur.”

With the power of distribution and its collective stack influence, China has worked out how to push a new digital currency standard.

Choi is right on the money. Africa is a fragmented mess: 200 mobile network operators, over 100 mobile money operators, 52 countries with different regulatory regimes and currencies, all at different stages of development.

Big Chief Asemota, one of Africa’s respected venture leaders, believes a shared local wallet standard would solve at least half of the problems of monetizing apps.

Back home, China is now trialling the DCEP with banks (including the Agricultural Bank of China) and cities such as Shenzhen. Internationally, China hopes its One Belt One Road trade initiative will integrate the DCEP, increasing efficiency and spreading China’s monetary influence across the world.

Phone manufacturers have been clamoring to ship smartphones embedded with chips that run cryptocurrencies and digital currencies like the HTC’s Exodus 1, and the Samsung Galaxy S20.

With the power of distribution and its collective stack influence, China has worked out how to push a new digital currency standard. Meanwhile, Facebook’s diem digital currency and Satoshi Nakamoto’s bitcoin have ran into their own set of problems.

See also: Trading Bitcoin in Africa Is a Way for Some to Escape Poverty

Diem’s ambitions of banking the last billion in Africa have been dragged by a fragmented regulatory regime for mobile money, in addition to a non-existent framework for digital currencies. It was forced to go back to the drawing table.

Bitcoin, too, has encountered a similar adverse regulatory regime. Out of 39 countries analyzed by an Eco Bank pan-Africa research report, only two had a favorable stance. Despite this hostility, bitcoin’s decentralized features have resonated with Africa’s informal trading culture, finding fertile ground on peer to peer virtual markets. Informal trading has been the saving grace for bitcoin in leading markets such as Nigeria, Ghana and Kenya.

In this regard, China has the upper hand. Because of its political influence and debt obligations owed to it by African governments, Beijing has been pushing for a reserve currency status. Already 14 African central banks have considered adopting the yuan as a reserve currency, meaning that if successful, African central banks would hold renminbi just like they hold dollar reserves. This, too, would complement China’s digital currency efforts in Africa.

As I see it, the race has been run and China has won. It is only a matter of time before everyone sees it.

The author wishes to thank Dennis Maorwe and Victor Asemota for their input.