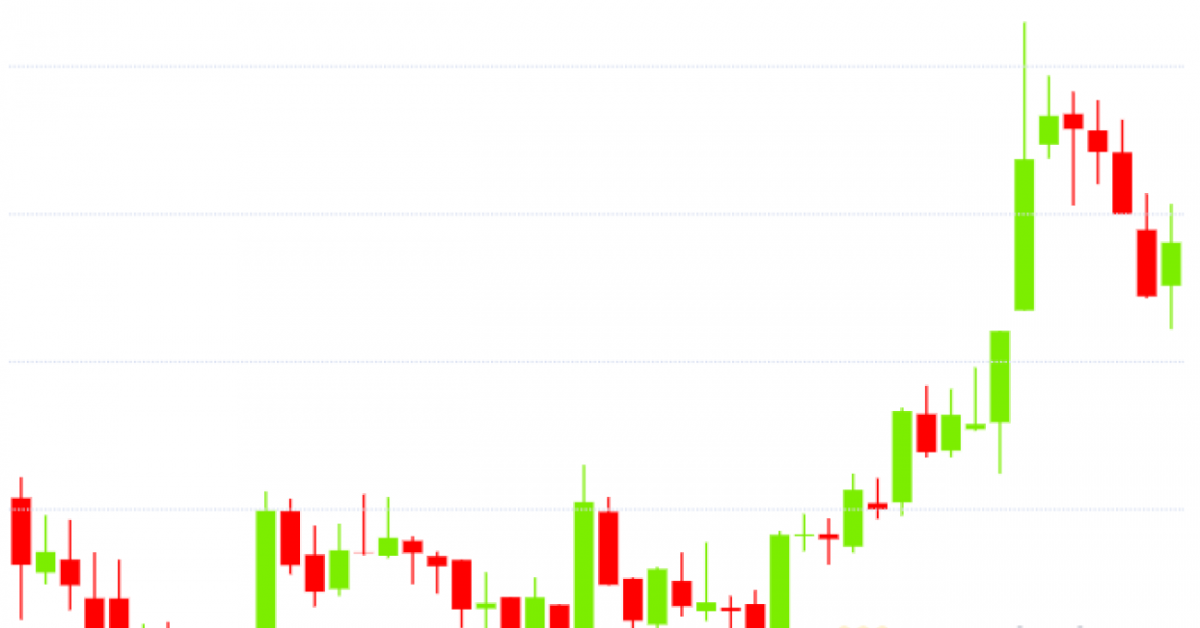 Bitcoin’s on-chain metrics are painting a bullish picture after weeks of consolidation.

However, demand continues to outstrip supply amid the price lull. “In 2021 so far, around 26,000 BTC have been mined. Meanwhile, The Grayscale Investment Trust has acquired over 40,000 BTC in the same period,” Glassnode said in its weekly report.

Further, the number of coins held on exchange addresses continues to slide, taking sell-side liquidity off the market.

The balance of bitcoin held across all exchanges fell to a 2.5-year low of 2,349,040 on Monday, according to Glassnode.

Meanwhile, the number of whale entities – clusters of crypto wallet addresses held by a single network participant holding at least 1,000 BTC – jumped to a new record high of 2,218 on Sunday. The count has increased by over 50 during the recent bout of price consolidation in a sign of continued accumulation by investors large enough to influence market trends.

Lastly, the odds of a deeper drop due to profit-taking appear low, as the 24-hour average of bitcoin’s adjusted spent output ratio (aSOPR), recently fell to 1.00, indicating that coins moving between investors are no longer carrying profit. The SOPR metric measures the profit ratio of coins based on the prices when they last moved. The aSOPR ignores all outputs with a lifespan of less than 1 hour.

Investors typically sell at a loss during bear markets, but bitcoin is currently in a bull market, having rallied by 200% in the past three months.

“For SOPR to go lower, investors would have to be willing to sell at a loss, which is unlikely given the current shape of the market. We have been looking for this reset to generate some stability in the market and pave the way for the next bull run,” Glassnode recently said. Historically, values below 1.0 have been consistently rejected during bull markets.

So, the odds appear stacked in favor of a convincing bitcoin move above $40,000. “The breakout may happen in two weeks; everything is bullish now,” trader and analyst Alex Kruger told CoinDesk over Twitter.

Kruger, however, cited potential dollar strength as a short-term risk to bitcoin’s bullish outlook. The Dollar Index (DXY), which tracks the greenback’s value against major currencies, is looking north, with the daily chart reporting an inverse head-and-shoulders (H&S) breakout – a major bullish pattern (below right).

“If a bullish trend develops from DXY’s latest breakout, it could be a problem for bitcoin,” Kruger said. The breakout has opened the doors for a rise to 93.00. The DXY is trading near 91.12 at press time, little changed on the day.

Matthew Dibb, COO and co-founder of Stack Funds, voiced similar concerns while drawing attention to the fact that bitcoin’s rally from early November lows near $14,000 happened alongside the DXY’s decline from 94.5 to 89.00.

Bitcoin has moved mainly in the opposite direction to the U.S. dollar since the March markets crash, with the cryptocurrency witnessing consolidation or pullbacks during bouts of strength in USD. Bitcoin’s recent decline from record highs and the subsequent consolidation has been accompanied by a recovery rally in the dollar.

The inverse correlation between the two is likely the result of the dollar’s negative correlation to the appetite for risk in the global financial markets.

“Whenever risk sentiment deteriorates around the globe; there is a natural desire to move to safety in the form of the U.S. dollar. And by extension, bitcoin, which is still an emerging asset, is exposed to risk-off,” Joel Kruger, a currency strategist at LMAX Digital, told CoinDesk.

“Both for the medium and long term, bitcoin remains attractive, and ultimately, on that longer-term proposition, bitcoin should become an in-demand currency during periods of risk-off,” Kruger said.