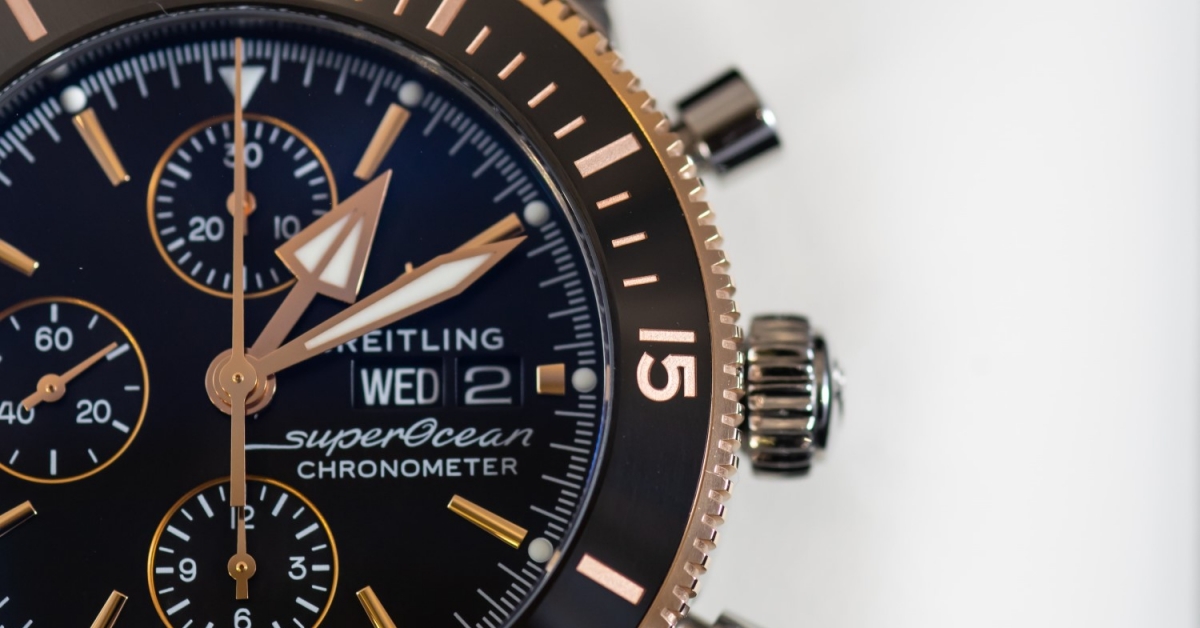 The actual Breitling watch given to James Bond in the 1965 film “Thunderball” (it had a built-in Geiger counter) apparently wound up being sold at a car boot sale for £25 ($33). The collector’s piece was later auctioned at Christie’s for a cool $160,000.

Such mysterious circumstances could never befall a Breitling watch from today, however, thanks to the long, immutable reach of the blockchain.

Announced Tuesday, Breitling is the first luxury watchmaker to offer an Ethereum-based digital passport for all its new timepieces. The provenance-tracking effort was first debuted for one specific model earlier this year.

Expensive watches have always come with physical (and now electronic) certificates of authenticity and international warranty, but there needs to be a standardized way to transparently track the service history and any repairs to the watch, according to Breitling’s chief digital and technology officer, Antonio Carriero.

“So when you want to buy a watch from a [luxury pre-owned watch] platform, a key element is the full traceability of the product you are going to buy, the full transparency about the history of the product,” said Carriero. “Today there is no system that is unifying those capabilities.”

Breitling has chosen to work with track-and-trace blockchain Arianee, which has connections to Swiss luxury brands group Richemont, the owner of Cartier, Dunhill, Jaeger-LeCoultre, Montblanc and others.

Arianee’s protocol uses a system on Ethereum involving so-called non-fungible tokens (NFTs), a way of water-marking an individual object, such as an expensive watch or even conferring individual authenticity on a digital work of art.

Breitling wants the entire industry to work together, said Carriero, to build a global standard for digital certificates and an API that customers will benefit from instead of working in silos.

“Everything Breitling has developed to integrate Arianee with its e-warranty system is available for free to anyone who wants to use it,” he said.

Proof of authenticity is a novel and compelling use case for blockchain that stands apart from most enterprise uses of the tech – which are often about replacing some existing system. So it’s not surprising that when it comes to stamping provenance on luxury items, Arianee is not alone.

Back in March of last year luxury brand conglomerate LVMH, owner of the Louis Vuitton label, said it was preparing to launch a blockchain-based authenticity system (code-named AURA). The project involved ConsenSys and Microsoft Azure.

In terms of progress on AURA, a ConsenSys spokesperson said there was nothing to add at the moment.

“Actually we have had a few connections and talks with LVMH,” said Emmanuelle Collet, co-founder of Arianee. “As of today, it seems that no one has really seen something much of AURA. But we would certainly be interested in speaking with them about ways to merge the projects or at least find ways to make them interoperable.”

Previous PostThe challenges of delivering a Covid-19 vaccine in Africa requires a new approachNext PostWhat is a virtual card, and how does it work?