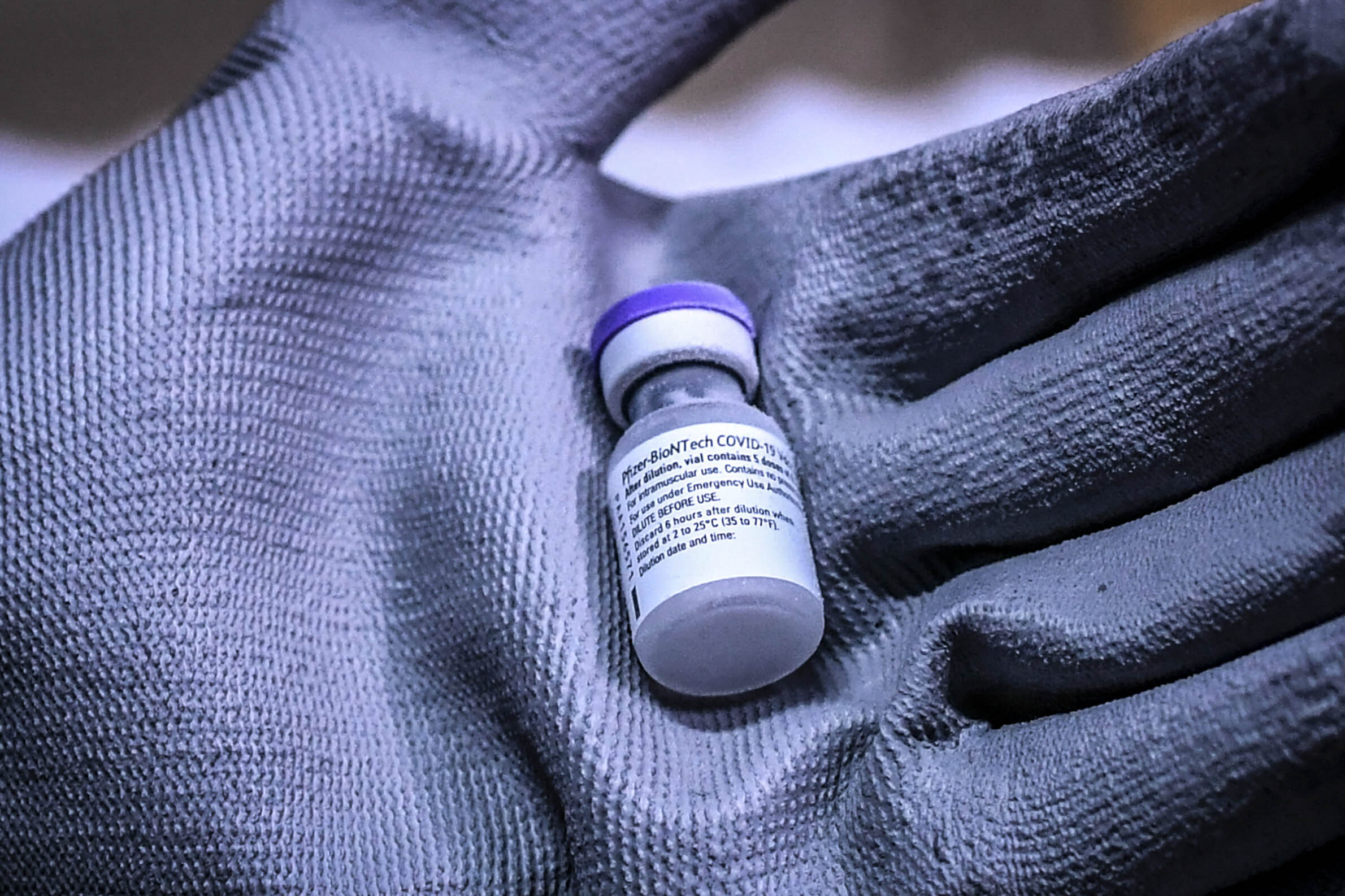 “Millions of human beings,” wrote anarchist revolutionary and scientist Peter Alexeyevich Kropotkin in his visionary 1892 work of utopian socialism, The Conquest of Bread, “have laboured to create this civilisation on which we pride ourselves today. Other millions, scattered through the globe, labour to maintain it. Without them nothing would be left in 50 years but ruins.”

In the first chapter of the book, “Our Riches”, Kropotkin observes how the ideas and creations underpinning our society, which we usually attribute to great inventors and lone geniuses, are in fact the collective heritage of all humanity. Indeed, every new thing we bring into the world relies not only on the entire history of scientific or philosophical inquiry that has created the conditions for its emergence, but also on all the labour that has come before it. There would be no electric cars without the assembly plant workers or their ancestors who laid down the roads, no fashion industry without the planting and harvesting of cotton, no cellphones without coltan mines and those who toil in them. Mines where, as Kropotkin reminds us, “the space between each prop in the underground galleries might be marked as a miner’s grave; and who can tell what each of these graves has cost, in tears, in privations, in unspeakable wretchedness to the family who depended on the scanty wage of the worker cut off in his prime by fire-damp, rock-fall or flood?”

The rapid development of innovative Covid-19 vaccines by Novavax, AstraZeneca, Pfizer/BioNTech, Johnson & Johnson, Moderna and others has been hailed as a miracle of modern medical science and these companies stand to make countless billions from a captive global audience. However, if as Kropotin averred, “each discovery, each advance, each increase in the sum of human riches, owes its being to the physical and mental travail of the past and the present”, then should we not feel some discomfort when these pharmaceutical behemoths claim hegemony over the fruits of collective labour, especially within the context of a global health crisis?

Not only is it the case that most of these companies have relied heavily on public funding, but so too has the entire process of vaccine development been crucially dependent on what late anthropologist and activist David Graeber used to call the communism of everyday life. From public-access medical data sets to the open source software used to visualise and model virological data to the digital communications infrastructure that has allowed scientists to collaborate freely across the globe, there is a great commons of knowledge, mutual aid and solidarity that underpins and nurtures the foremost scientific endeavours of our time. Perhaps this is why the most popular version of the open source Linux operating system is named Ubuntu.

As with the historical commons – the land and resources we held and worked collectively before they were enclosed through the violent imposition of private property – so too is the patenting of urgent medical intervention by Big Pharma a new form of enclosure of our collective wealth. It is a denial of the myriad forms of free collaboration that form the broader history of the vaccines currently being used to hold global humanity to ransom, and it has also compromised the speed and effectiveness with which we will be able to eradicate the Covid-19 pandemic, with morally abhorrent social and economic consequences.

We are often told, in this regard, that intellectual property is a crucial part of innovation and that without the individual rewards gained from the private ownership of ideas and things, we would not progress socially or technologically. But every graduate from a prestigious medical school who became a village doctor, every programmer creating free software for the world, every mutual aid group innovating tasty meals for marginalised communities from a hodge-podge of donated groceries reminds us that the opposite is true. It is also often suggested that companies deserve to benefit financially from their research because of the risks they have taken, but corporate practice in general, including that of the pharmaceutical sector, has become increasingly risk averse, showing little interest in socially beneficial interventions that aren’t sufficiently lucrative, or socialising risk via state, university and non-profit funding while continuing to privatise profits.

In an even marginally sane world, not a socialist utopia but simply a pragmatic response to the concrete present, non-profit networks of public and private-sector innovation would long since have reached egalitarian agreement that their work belongs to everybody and that all information on vaccine research should be released freely under a Creative Commons licence.

In this saner world, from which we find ourselves increasingly distant even as it weaves its way beneath the everyday artifice of property, privatisation and market forces, every pharmaceutical manufacturing plant in the world would be working together to produce enough free vaccines for the global community; every transport company would be collaborating to ensure their near-synchronous delivery to areas both central and remote; every medical aid, pharmacy and clinic would be in open dialogue on the best outreach and deployment strategies for eradicating the virus everywhere, in communities both rich and poor.

Instead, a vanishingly small number of shareholders in each of these areas will add even more to their already absurd hoards of wealth, the expansion of human knowledge will be held back by litigiously guarded trade secrets, and the same dynamics of private gain will become more deeply entrenched in every other aspect of our ongoing grappling with Covid-19 and the other pandemics this logic has wrought.

In the absence of trust

This includes the current pandemic of public mistrust. The behaviour of pharmaceutical companies has long been unconscionable and we are right to feel cynicism in the present moment towards a sector that caused so much historical harm, most recently exemplified by the fuelling of the horrific ongoing opioid crisis in the United States.

So too are we vindicated in our mistrust of an increasingly autocratic state that has refused to communicate honestly and openly, that has constantly betrayed us with its oiling of the revolving door between governmental functions and private enrichment, and that bans cigarettes but keeps casinos open. It is a deeply dysfunctional state that continues to obscure its many stark failures in addressing the pandemic – most recently its embarrassing fumbling of vaccine acquisition – behind the kinds of authoritarian posturing, doublespeak and opacity that have no place in a constitutional democracy.

As has become increasingly evident, however, in the absence of a coherent political understanding of the operations of big business and government, our legitimately held intuitive grievances about their antisocial behaviour is prey for the worst kinds of conspiracy theorising and malicious actors. As mistrust grows, so does reactionary anti-scientific sentiment, evident in the alarming recent poll results indicating that up to 47% of South Africans will not take a vaccine when one becomes available, or the recent call by an ANC ward councillor to dismantle 5G communications infrastructure. The appeal of these specious narratives, which capture our sentiments and turn them into the most dangerous forms of ignorance, alienates us from our ability to meaningfully understand our situation and thus to come together to begin transforming the conditions that have socially and economically impoverished the vast majority of us.

These conditions begin in the enclosure of what we hold in common, and the ongoing erasure and denial of all traces of its existence. Just beneath the surface, however, the seeds continue to be sown by the communism of our everyday lives and we remember that just as it takes a village to raise a child and an entire ecosystem to grow a field of mielies – whatever the patents held by genetically modified seed companies may claim – it takes an entire global community, spanning generations, to create vaccines. Vaccines which, in final reckoning, are the property of all of humanity.

“Truly,” Kropotkin reminds us, “we are rich, far richer than we think; rich in what we already possess, richer still in the possibilities of production … richest of all in what we might win from our soil, from our manufactures, from our science, from our technical knowledge, were they but applied to bringing about the wellbeing of all.”

This article was first published by New Frame.