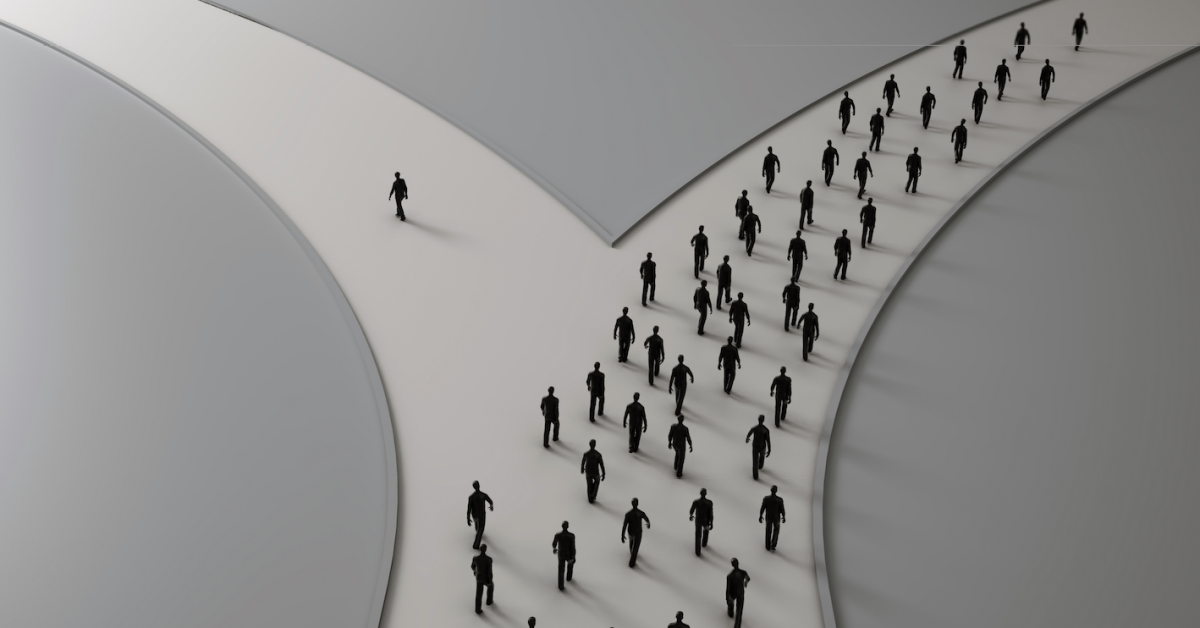 Technical comparison?
A Citibank executive published a report predicting that bitcoin could reach $318,000 by December 2021. Using technical analysis, and a comparison to gold markets in the 1970s, Citibank Managing Director Thomas Fitzpatrick said quantitative easing could lead to a breakout price movement for the largest cryptocurrency by market capitalization. ClassicMacro, a pseudonymous Twitter account that surfaced the report, bucked the prediction by saying, “There is no edge in guessing targets so far in time with TA. All we know is that price is likely to continue going up.”

Six criticisms
Fidelity Director of Research Ria Bhutoria rebutted six common criticisms of bitcoin in a recent viral blog post. Published Thursday, the corporate blog examined supposed fallacies that bitcoin’s volatility means it cannot be a store of value, that bitcoin hoovers up energy and that bitcoin fails as a payments mechanism for all but criminals. She highlighted the crypto’s settlement assurance, supply inelasticity and decentralization. Bitcoin is growing because people recognize it offers “perfect scarcity … transaction irreversibility, and seizure and censorship resistance.”

Expanding Galaxy
Crypto merchant bank Galaxy Digital acquired two firms as it positions itself as the “go to” crypto platform for institutional buyers. Announced Friday, DrawBridge Lending, a “white glove” crypto service, and Blue Fire Capital, a futures market maker, are now under the Galaxy umbrella. Notably, DrawBridge brings over $150 million in third-party assets to the firm. The news came hours after Galaxy announced net income of $44.3 million for Q3 2020 – well up from a loss of $68.2 million in the same quarter last year.

Downvoted
A new report from MIT roundly rejects blockchain-based e-voting as a tool for any political elections. Following up on an earlier report detailing blockchain voting cybersecurity vulnerabilities, the latest study suggests that many cryptographic proposals – like zero-knowledge proof and permissioned blockchains – add complexity and are insufficient to meet the needs of a voting public. Putting aside these digital solutions “higher tolerances for failure,” blockchains cannot stop voter coercion, while also introducing the persistent issue of key management. “I haven’t yet seen a blockchain system that I would trust with a county-fair jellybean count, much less a presidential election,” one of the authors wrote.

Flash attack
Value DeFi joined the ranks of exploited decentralized finance (DeFi) protocols this weekend, with a malicious trader (or traders) making off with approximately $6 million worth of crypto. In what appears to be a flash loan attack, the attacker borrowed 80,000 ether from the DeFi lending platform Aave and used it to arbitrage two stablecoins in Value’s MultiStables vault. (Flash loans allow users to borrow funds without collateralization because the lender expects the funds would be returned instantly.) The attacker has since returned $95,000 in DAI stablecoins. Separately, researchers with Israel-based startup B.Protocol found a novel way to trim debt positions on MakerDAO.

Bonds and BTC
The growing value of negative-yielding bonds may catalyze further institutional bitcoin purchases, CoinDesk markets report Omkar Godbole reports. Bloomberg and Barclays’ Global Negative-Yielding Debt Index is now worth $17.05 trillion, a lifetime high, a metric that measures the amount of bonds that will pay out less at maturity than their purchase price. Several analysts, including John Ng Pangilinan, a managing partner at Singapore-based Signum Capital, said this trend could incentivize investors and corporations to follow firms like MicroStrategy and Square by piling into bitcoin or other inflation-resistant assets. “On our end, we are seeing an uptick in the number of investors looking at earning yield from lending out bitcoin,” Pangilinan said.

The fork that wasn’t
Bitcoin Cash’s latest divide looks like a dud. In the latest “hard fork” of the network, two of the blockchain’s major clients, Bitcoin Cash ABC (BCHA) and Bitcoin Cash Node (BCHN), are hashing it out over control of the sixth largest cryptocurrency by market cap.

A dispute between the parties arose after BCHA developer Amaury Séchet proposed an 8% “tax” on miner profits to fund his groups development of the network. This so-called Infrastructure Funding Plan (IFP faced strong opposition from the Bitcoin Cash community, including its most prominent advocate, Roger Ver, leading up to the hard fork.

Ver said the proposal would lead to greater centralization of the network, and said there were alternative ways to fund Bitcoin Cash’s development rather than a tax.

Now, one day after the contentious split, it appears that Séchet’s proposal will fail. According to coin.dance data, the BCHN chain is currently 129 blocks ahead of the upstart chain, with no miners supporting BCHA. If BCH ABC does not attract enough hash power to produce a viable blockchain, the ABC blockchain would in theory “disappear,” CoinDesk’s Muyao Shen reported this weekend.

Until the situation is resolved, a number of major exchanges and crypto service providers have paused BCH functionality. “We’ll re-enable sends/receives once we’ve determined the upgrade is stable,” Coinbase, for one, said. Additionally, Decrypt reported that the majority of exchanges will support whatever blockchain has the most hash power behind it.

Bitcoin Cash is no stranger to disputes. The network came into existence in 2017, after a contentious dispute among Bitcoin developers over block size. At the time, Roger Ver led a group of stakeholders that believed Bitcoin was failing as a payment system, and proposed a marginal increase of the number of transactions that could be confirmed in a single block.

Following BCH’s hard fork from Bitcoin, a group led by Australian cryptographer Craig Wright wanted to further bump up the block size, resulting in Bitcoin SV (short for Satoshi’s Vision, as Wright has claimed he is Bitcoin’s pseudonymous founder).

Many have criticized Bitcoin Cash’s “fork first” governance, which often introduces uncertainty into the market.

As Cointelegraph reports, Grayscale Investments’ Bitcoin Cash Trust fell $1.6 million following the announcement that the crypto asset would be forking on Nov. 15. Grayscale, like CoinDesk, is a unit of Digital Currency Group.