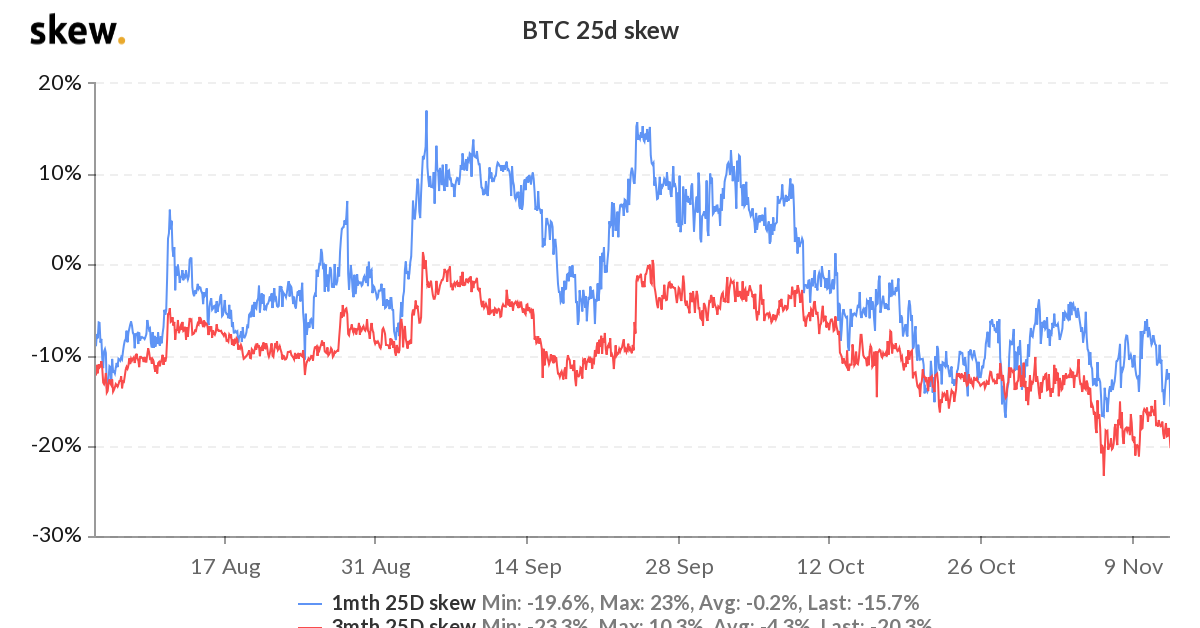 Bitcoin’s options market is in the midst of its strongest bullish sentiment on record as the cryptocurrency rallies to three-year highs.

The six-month put-call skew, or the spread between prices claimed by put options and call options expiring in six months, fell to a life-time low of -21.6% early Thursday, according to data source Skew.

“The options market is predicting some topside,” Vishal Shah, an options trader and founder of derivatives exchange Alpha5, said.

Bitcoin crossed above $16,000 early Thursday and reached a high of $16,157, a level last seen three years ago. Analysts expect the cryptocurrency to consolidate on recent gains for a couple of weeks before making a move toward $20,000 by the end of December.

The six-month put-call skew has mostly hovered below zero over the past 22 months, indicating investor confidence in the cryptocurrency’s long-term prospects. However, the value has never been this low.

However, while the options market sentiment looks to have reached extremes, the cryptocurrency is still $4,000 short of the record high of $20,000 seen in December 2017. Besides, the mean reversion of bullish bias in options, if any, is unlikely to affect the spot market because the options market is still relatively small.

According to Chung, “The bull bias will likely correct if call premiums become too expensive, which may not be too far away, given the spreads for puts.” That scenario could play out once the cryptocurrency reaches a new record high.

Currently, it doesn’t appear investors are even considering the possibility of a temporary pullback. That’s evident from the negative one-month skew. The cryptocurrency’s strong break above the June 2019 high of $13,800 has cleared the way for a possible rally toward the previous record.

Previous PostHackers, Scammers Have Stolen $7.6B in Crypto Since 2011Next PostCrypto Recovery Lawyer David Silver Joins Coinfirm’s US Board