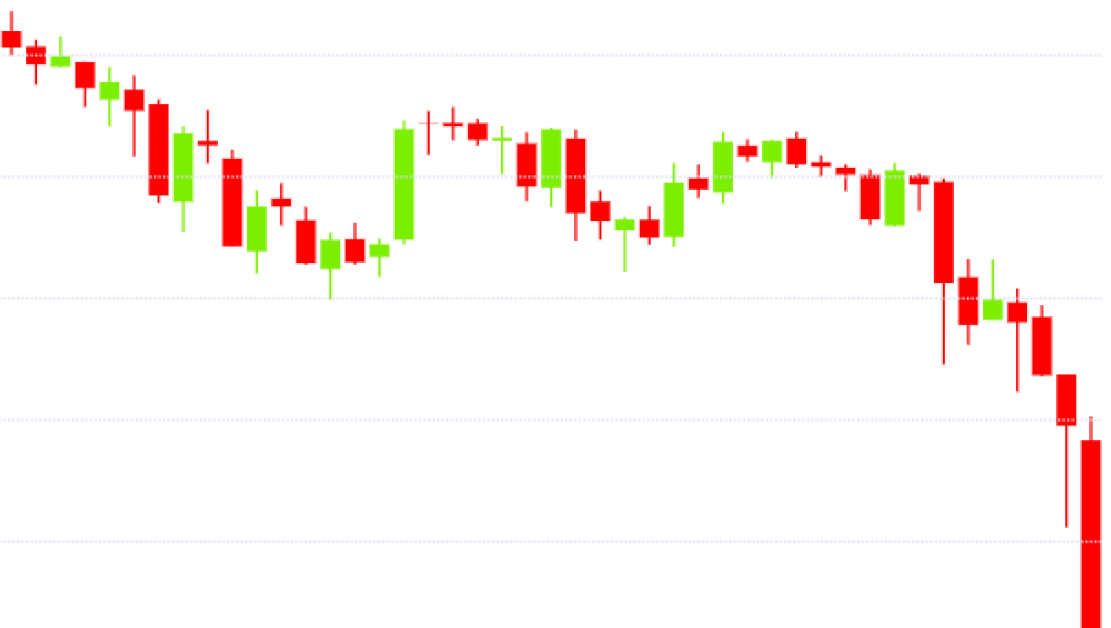 Bitcoin has shed much of the weekend’s stellar gains, as relatively cheap alternative cryptocurrencies play catchup with the crypto market leader.

“Bitcoin is having a much-needed reset. After a period of increased leverage and high [perpetual] funding rates across derivatives platforms, a brief consolidation around these levels is required,” Matthew Dibb, co-founder, and COO of Stack Funds, told CoinDesk.

Bitcoin’s perpetual funding rate or cost of holding long positions jumped to an 11-month high of 0.137% early today, signaling excess bullish leverage and scope for price drop similar to the one seen in late November. With the pullback, the funding rate has declined only slightly to 0.122%.

The cryptocurrency surged by $5,000 to above $34,000 in the first three days of 2021, having rallied by over 165% in the final quarter of 2020. The breakout above $30,000 happened alongside large outflows from the Coinbase Pro exchange, a sign of institutions buying the cryptocurrency, according to some analysts.

“Most likely money is shifting from bitcoin towards altcoins or just temporary profit-taking is causing a price drop,” Poppe told CoinDesk. Investors may have rotated some money out of bitcoin and into relatively cheap prominent alternative cryptocurrencies such as ether, stellar, chainlink and litecoin. These coins have outperformed bitcoin in the past 24 hours.

Ether, the second-largest cryptocurrency by market value, rose to 35-month highs above $1,150 early Monday and is currently trading near $920, representing an 11% gain on a 24-hour basis. At press time, litecoin is changing hands at its highest since April 2018, and bitcoin cash is trading at 11-month highs.

Ether was was up 30% during the early European trading hours before it was dragged lower by bitcoin. Other coins have also trimmed gains, but are still outperforming bitcoin.

Dibb predicted a continued rotation of capital into ether and other altcoins as bitcoin slows down. However, options market data shows investors expect bitcoin to remain highly volatile in the short-run.

Bitcoin’s one-month implied volatility, which gauges investors’ expectation of how volatile an asset would be over the next four weeks, has risen to near 100%, the highest level since March 2020, according to data source Skew.

“Bitcoin’s implied volatility has hit a ten-month high because options traders assume that the major moves in the price action over the past ten days – which has seen BTC increase to well over $34,000 – will continue,” Sui Chung, CEO of CF Benchmarks said.

Analysts, however, expect bitcoin dips to be short-lived. “Our thesis remains extremely bullish, with a target of $40,000 BTC by February,” Dibb said.