Bitcoin, the oldest cryptocurrency, on Monday blew past $68,000 for the first time, hitting $68,382.60 during Asian hours trading.

The markets have been in a bull mode since the beginning of the October, as the crypto market in total has added nearly $1 trillion to its total value in just a month. At the press time, the total market capitalization of cryptocurrencies has reached near $3 trillion, according to data from CoinMarketCap.

As CoinDesk reported, bitcoin is widely perceived by many investors as a store of value asset like gold, making the crypto a haven as worries about inflation increase. Meanwhile, blockchain data from Glassnode shows that the number of unique wallets with a balance of more than zero bitcoin has returned to near 39 million, a number that’s close to a record high of 38.7 million in May.

At the same time, Glassnode noted in its weekly report on Monday that bitcoin’s balances on exchanges continued to drop, while Bitcoin mining hashrate, a measure of the total computational power being used to secure the Bitcoin blockchain, could return new all-time highs before the end of the year – after it plunged in July due to China’s crackdown in bitcoin mining.

Bitcoin was surging above $68,000 at around 05:00 a.m. UTC on Tuesday. Ether, the second-largest cryptocurrency by market capitalization, also set an all-time high, hitting $4,823.95, according to CoinDesk.

Ether’s surge came as reports show that the Ethereum network burned more ether than it issued for at least a week, after Ethereum’s London hard fork upgrade introduced a mechanism to burn a large portion of transaction fees, measured in ether, instead of sending them to miners. Burning means that the ether is permanently removed from the circulating supply. 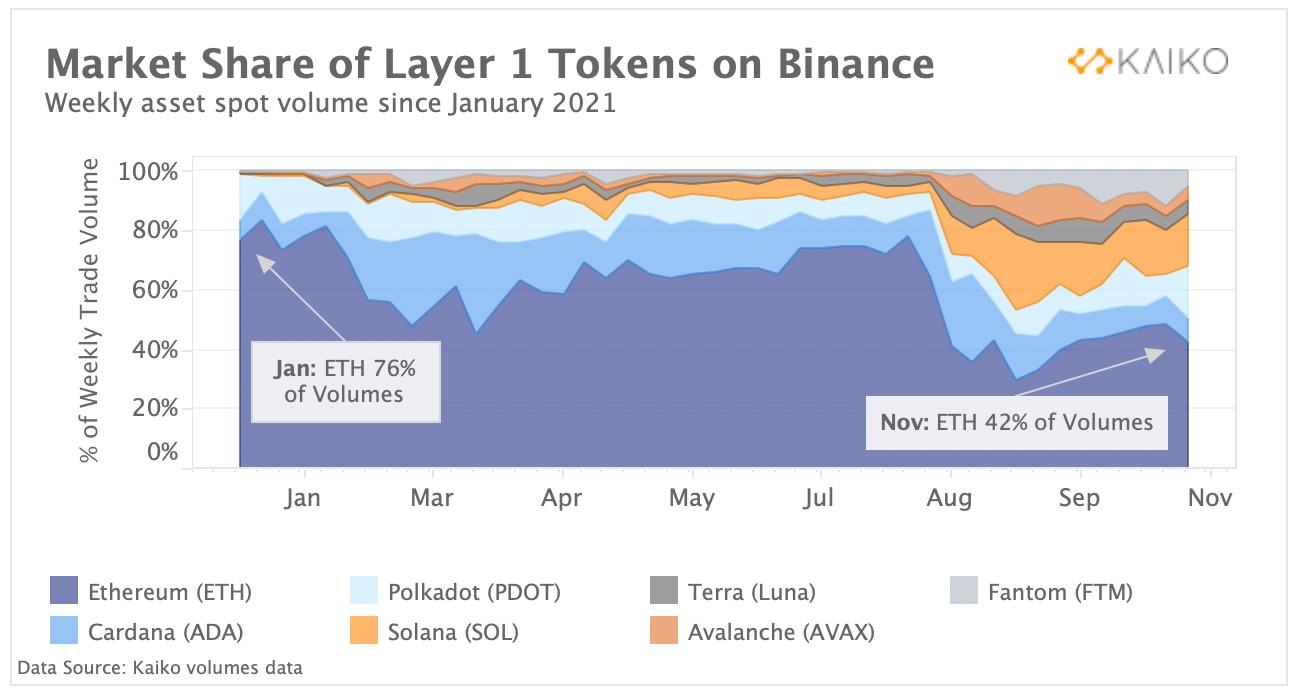 Previous PostUnderstanding the Flow of Money in Crypto. Part 4Next PostAlt Season: Don’t put all your eggs in one basket

Acclimatising to alt season: Part 2 – How do I know when an alt season is coming?

5 Predictions for the Future of Money

Altcoins: As worthwhile as Bitcoins