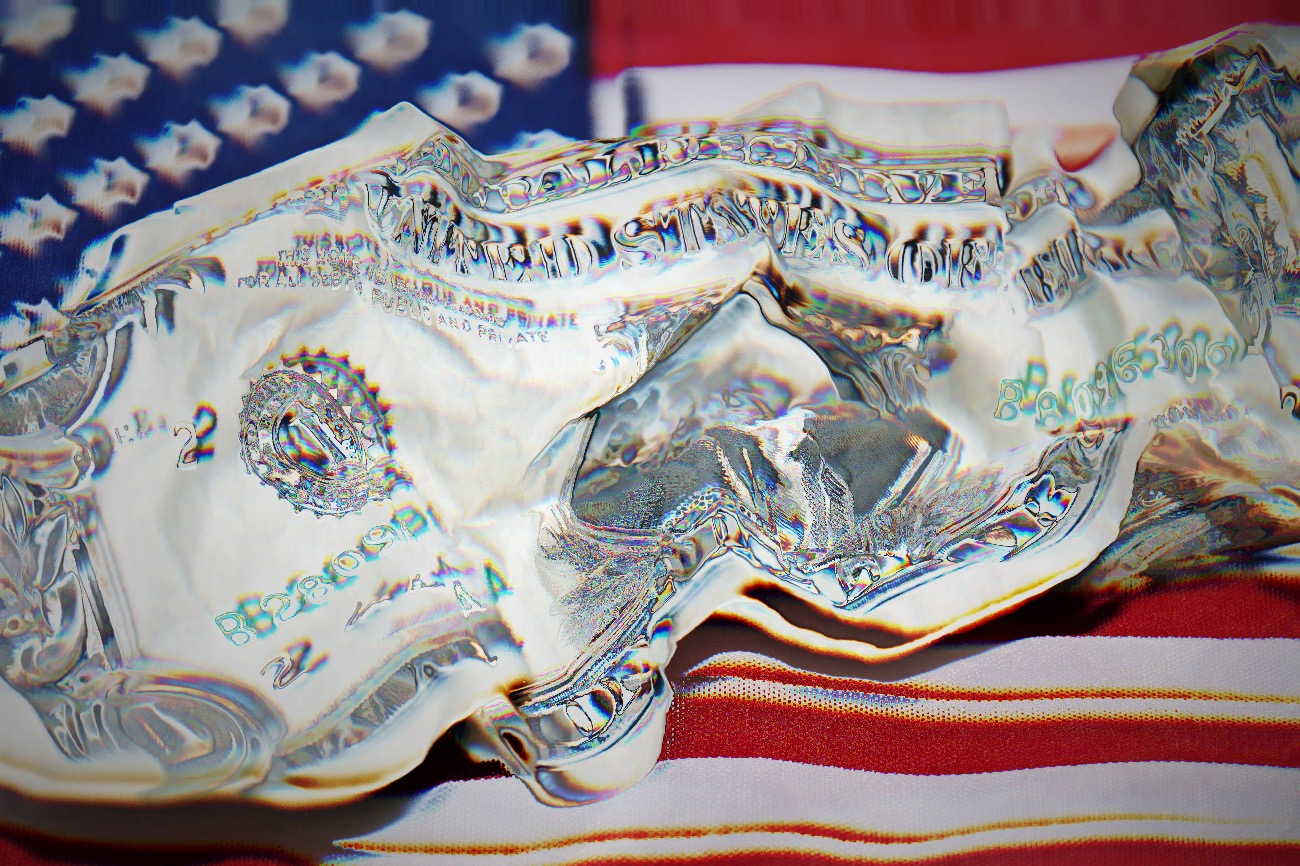 Analysts are now speculating whether the largest cryptocurrency can hold the higher ground. The latest move up came on high volume, and it was a “convincing break,” Denis Vinokourov, head of research for the crypto prime broker BeQuant, told CoinDesk. Monday’s high was just 11% off the 2019 peak of $13,880.

Elsewhere, prices for the recently-and-strangely-launched Curve DAO token slid 26% on Monday, even as total value locked into the affiliated Curve Finance protocol rose above the $1 billion mark. That’s a five-fold increase over the past week, in the latest episode of this year’s frenzy in decentralized finance, or DeFi.

As the news broke in recent days that Warren Buffett’s Berkshire Hathaway had bought shares in a gold miner, commentators immediately began to wonder if the billionaire investor might be betting against the U.S. economy, or the dollar.

Bitcoin analysts and investors wondered why it took him so long, given the trillions of dollars of money pumped into the financial system this year by the Federal Reserve to help fund the ballooning U.S. national debt.

“The money printer working overtime is obviously causing Buffett and his board grave concern,” Mati Greenspan, of the foreign-exchange and cryptocurrency research firm Quantum Economics, wrote Monday. “While Buffett is perhaps not so sure how to react to a world that no longer values bonds and government debt, others are sure.”

There’s a growing sense among members of the cryptocurrency community that their longstanding assessment of the traditional financial system as unsustainable is finally gaining traction among Wall Street experts and mainstream investors. If the concerns spread, it might buoy prices for bitcoin, which many digital-asset investors view as an inflation hedge similar to gold.

Goldman Sachs, which in May this year panned bitcoin as “not a suitable investment,” hired a new head of digital assets earlier this month and acknowledged rising interest in cryptocurrencies from institutional clients. The firm warned in July that the U.S. dollar was at risk of losing its status as the world’s reserve currency.

Dick Bove, a five-decade Wall Street analyst who now works for the brokerage firm Odeon, wrote last week in a report that the U.S. dollar-ruled financial system could come to an end amid challenges from a possible multi-currency system, which includes digital currencies.

“The case for bitcoin as an inflationary hedge and sound investment is being articulated with crystal clarity by influential people outside of our crypto bubble,” the digital-asset analysis firm Messari wrote last week. Buffett didn’t return a call for comment.

Dollar Dominance on the Wane?

Whether or not bitcoin and other cryptocurrencies are the answer, there’s little on the horizon that might turn investors away from the gnawing sense that U.S. finances are becoming more precarious.

Goldman Sachs economists predicted in an Aug. 14 report that the Fed will pump $800 billion more into financial markets by the end of this year, followed by another $1.3 trillion in 2021.

According to Bank of America, there’s a risk that investors might shift their “portfolio allocation out of U.S. dollar assets” to position for the “erosion of the hegemony of the dollar as a reserve currency.”

“A constitutional crisis is one dynamic that could potentially accelerate the process of de-dollarization,” they wrote, noting that November’s presidential election might be “fiercely divisive” and “contested.”

According to the bank, a recent survey of fixed-income money managers showed that nearly half of respondents expect foreign central banks to decrease their reserve holdings of dollars and dollar-denominated assets over the next year.

It may not sound outlandish to bitcoin bulls.

Bitcoin rose 3.2% on Monday to about $12,300, confirming an ascending triangle breakout on the daily chart.

“The market is looking at the 2019 high and that’s the level to watch,” Joel Kruger, a currency strategist at LMAX Digital, told CoinDesk in a Twitter chat.

The on-chain data is supportive of continued gain in bitcoin. For instance, the balance of coins held on cryptocurrency exchanges sank to 21-month lows on Monday, indicating a strong holding sentiment in the investor community.

The bullish momentum looks strong as the cryptocurrency’s recent gains have been accompanied by increased miner supply. According to crypto data company ByteTree’s miner’s rolling inventory (MRI) figure, miners have run down inventory by selling more than what they mined over the past five weeks. In other words, buyers have been able to absorb extra miner supply.

From a technical analysis perspective, the bullish bias would be invalidated if prices dropped back below $12,000 on Tuesday.

OMG (OMG) gets boost from blockchain back-up – Rising congestion  on the Ethereum blockchain is spurring interest in crypto projects that might speed up traffic on the network. Prices for OMG, the token for the OMG network – a “layer-2” scaling solution for Ethereum transactions – rose by more than 70% over the past weekend, according to data source CoinGecko. It reached as high as $3.30 earlier on Monday and then quickly fell below $3. The OMG network uses a protocol called Plasma to scale up Ethereum transactions. Market participants are looking for OMG to “spreadhead layer-2 solutions,” said Denis Vinokourov, head of research at the London-based digital asset firm Bequant.

Orchid Protocol (OXT) takes off even though it’s not a DeFi token: Prices for Orchid, the native token to a blockchain project that enables private internet browsing from Orchid Labs, hit an all-time high at $0.84 over the past weekend, up five-fold from a March low, according to CoinGecko . Barstool Sports’ David Portnoy, who claimed to have at least $1 million worth of Bitcoin after meeting last week with the Winklevoss twins of the Gemini cryptocurrency exchange, tweeted earlier Monday that he has invested in OXT. “I’m now in on the shitcoin $oxt,” Portnoy wrote on Twitter, with a hashtag of “#pump.” The Orchid project previously raised $43 million for its token sale, as reported by CoinDesk. Its major investors included big names such as Andreessen Horowitz and Blockchain Capital.

Ethereum Classic (ETC) facing delisting? The Malta-based OKEx said it may consider delisting Ethereum Classic from trading on its exchanges, after it lost approximately $5.6 million of ETC from two recent 51% attacks. It won’t be an easy decision to make, Chief Executive Officer Jay Hao told CoinDesk, considering that OKEx has the highest trading volume of ETC among crypto exchanges. The impact of the two attacks on ETC’s prices, however, have not been significant: ETC’s price was still at around $7 on Monday, little changed from the week before the attacks first took place on August 1.

The Federal Reserve is propping up the junk-bond market.

Economist says the “real recession has yet to emerge.”

Japan’s economy shrinks most on record.

Bitcoin DeFi May Be Unstoppable: What Does It Look Like? (CoinDesk)
One of the quietest yet best-funded bitcoin companies in the world is gearing up to enter the 2020 decentralized finance bull run.

Disclosure
The leader in blockchain news, CoinDesk is a media outlet that strives for the highest journalistic standards and abides by a strict set of editorial policies. CoinDesk is an independent operating subsidiary of Digital Currency Group, which invests in cryptocurrencies and blockchain startups.
0Shares
12KBitcoinDollarGrowJumpsOMGOrchidPassesPortnoysPumpWorries