bit2Big > Africa News > Beyond the digital cold war: Technology and the future of US-African engagement under Biden 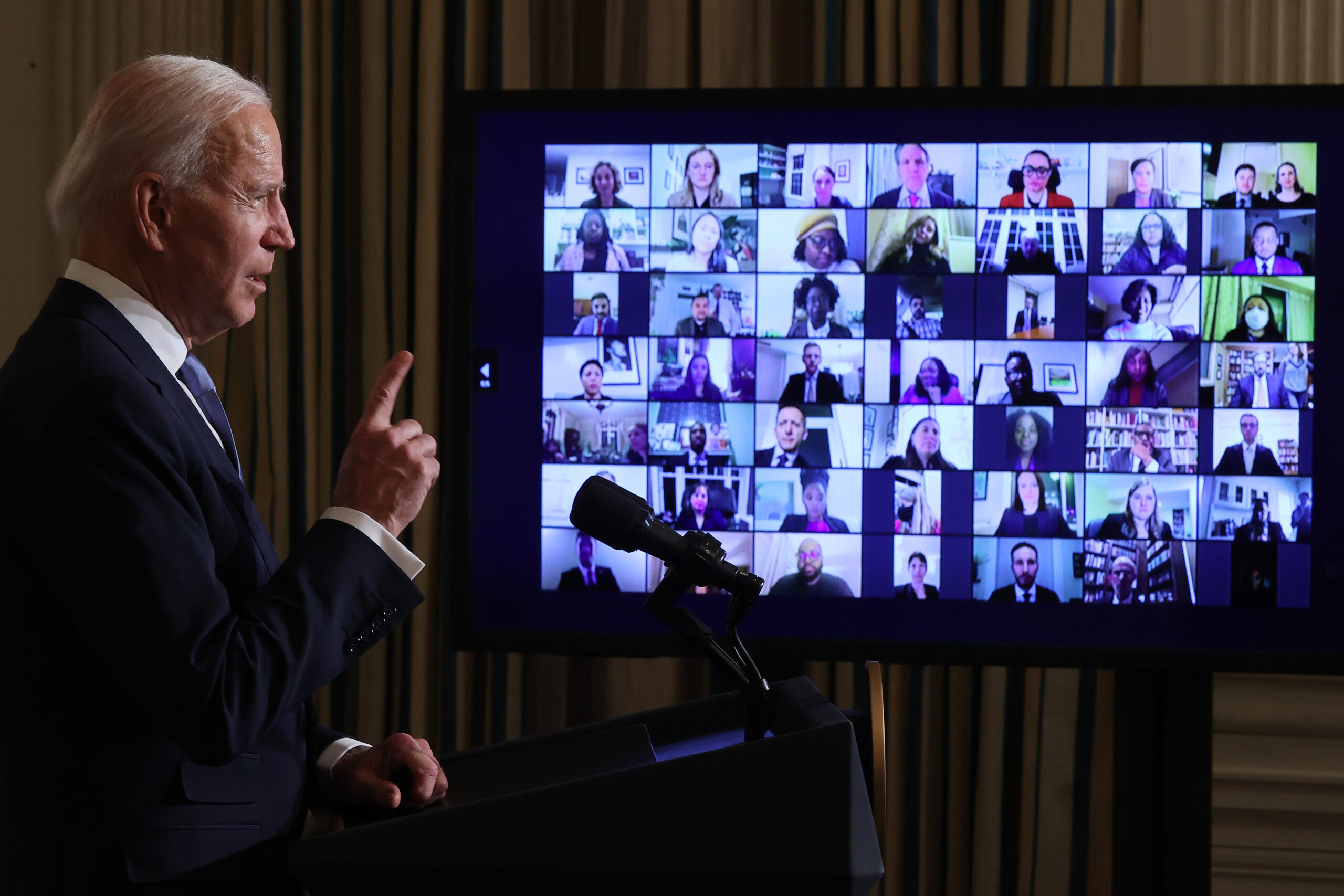 We have asked some of Africa’s leading academics and thinkers to reflect on what the inauguration of a new US president means for Africa. This series is produced In collaboration with the University of the Witwatersrand’s African Center for the Study of the United States.

Although dominated by the Covid-19 pandemic, the year 2020 was marked by numerous technological breakthroughs. These are perhaps to be expected given the catalytic role the outbreak has played in the rapid uptake of new technologies and in the enhanced use of those already in existence — from innovations in face-recognition amid the use of masks to new milestones in online shopping and autonomous vehicles as a result of lockdowns.

Perhaps nowhere has this been more evident than in the case of Zoom. In December 2019, the virtual meeting platform was hosting 10-million meeting participants on a daily basis. By April 2020, the number was more than 300-million and growing. The role of the pandemic is even more evident when we consider another statistic: in January last year, the app saw 56 000 daily downloads, but there were 2.13-million daily downloads by March. This represents a growth rate of 3 705.3%.

This magnitude of growth is indicative of the reconfiguration of the global economy into ever-increasing levels of technological infusion which evince a fourth industrial revolution (4IR). Many economic models demonstrate that the 4IR is likely to exacerbate inequalities not only in countries (between rich and poor, between genders and between rural and urban), but also among countries. The United States alone accounts for some 40% of the world’s hyperscale data centres (HDCs). China, which has crystallised as the US’s principal adversary under the presidency of Donald Trump, comes at a distant second at 9%. These HDCs are sophisticated nodes for the storage and processing of data for cloud computing and are costly to maintain. The US has an advantage of being energy self-sufficient and having a sophisticated tech ecosystem.

Data centres provide the bedrock of high computational power and are integral to the functioning of the emerging technologies that are set to define the 4IR, namely artificial intelligence (AI), fifth-generation (5G) connectivity, blockchain technology and additive manufacturing (also known as 3D printing). The 4IR in turn rests on the convergence and scaling of these technologies. For example, the connectivity and speed provided by 5G, the autonomous function represented by AI (especially in robotics) and the widening deployment of sensors (which enable cyber-physical interfacing) gives rise to the concept of the internet of things (IoT). This can be used in the creation of smart homes and can enable smart factories (which are both automated and linked to one another in real-time across vast distances). For policymakers, the IoT can be upscaled to create smart cities. These urban settings are linked to their citizens and properties through sophisticated technologies. For example, smart cities make use of AI to optimise energy supply, traffic regulation, emergency response, infrastructure rollout and other forms of service delivery.

Several African governments have published plans to establish smart cities, including Cairo, Johannesburg, Kigali and Nairobi. They require the most advanced technologies available. Although, encouragingly, these are increasingly being sourced from the continent’s burgeoning tech producers, Africa still has a long way to go in becoming self-sufficient and has to import a sizeable portion of these technologies. Most are produced in the US, but they are also being designed and manufactured in China at a faster rate, and are more affordable. Given that the US has sought to deny China growth in this regard, Africa’s reliance on US and Chinese tech presents diplomatic challenges. But the situation is also laden with opportunity for the Biden-Harris administration and Africa. The Trump era was defined by what many considered an arbitrary targeting of Chinese technology firms (most prominently Huawei, the current leader in 5G). The Biden-Harris administration has an opportunity to work with global partners, including African states, who have at times felt forced to slow down their acquisition of Chinese technologies for no reason other than US pressure.

Though restricted to the US’s principal intelligence-sharing allies (Australia, Canada, New Zealand, and the United Kingdom), the US-led attempt to side-line China has had third-party effects in terms of creating a global climate of uncertainty given the linkages among modern economies. To be sure, questions linger about Chinese technologies — as they do about those in the US — given its own problematic reputation as the originator of the “digital firewall” (through which Google, Facebook, YouTube, WhatsApp and other social media platforms are banned in mainland China) that came into force long before the Trump presidency.

Analysis published in 2020 in the Journal of Cyber Policy also suggests that the retreat of the US from the United Nations resulted in China emerging as the principal funder and thus gaining growing leverage over the International Telecommunications Union (ITU), the UN agency responsible for global standards development. This has given rise to fears of a “splinternet”, sparked by the disproportionate audience obtained by China in the ITU. Regardless of whether Trump’s actions against China were justified, the unilateral approach diminished the quality of the debate that could have taken place and which is still needed. A global approach has a better chance of arriving at universal norms that reflect truly global aspirations regarding transparency, digital human rights, security and the governance of technology use in wartime. Instead, it creates and reinforces the perception of the US as a country that flouts global standards and norms or haphazardly invents its own. Only with a responsible and trusted US government can the two parties cooperate, and with the rest of the globe, in forging an inclusive regulatory environment based on universal AI ethics and principles.

One of the items set to dominate Africa’s agenda during the Biden-Harris administration is the renewal of the African Growth and Opportunity Act, which is due to expire in 2025. This also presents the opportunity to enact a mutually beneficial climate around the emerging technologies that were not prominent in the creation (in 1999) and subsequent reviews of the Act. For example, African countries have voiced concern about potentially lost revenues due to online retail and digital media consumption. To live up to its name in the new era, the African Growth and Opportunity Act will need to factor in new developments regarding e-commerce, which (with revenue expected to grow by an annual rate of 13.3% between 2021 and 2025 when it will reach US$41-billion on the continent) is seeing unmatched growth in Africa.