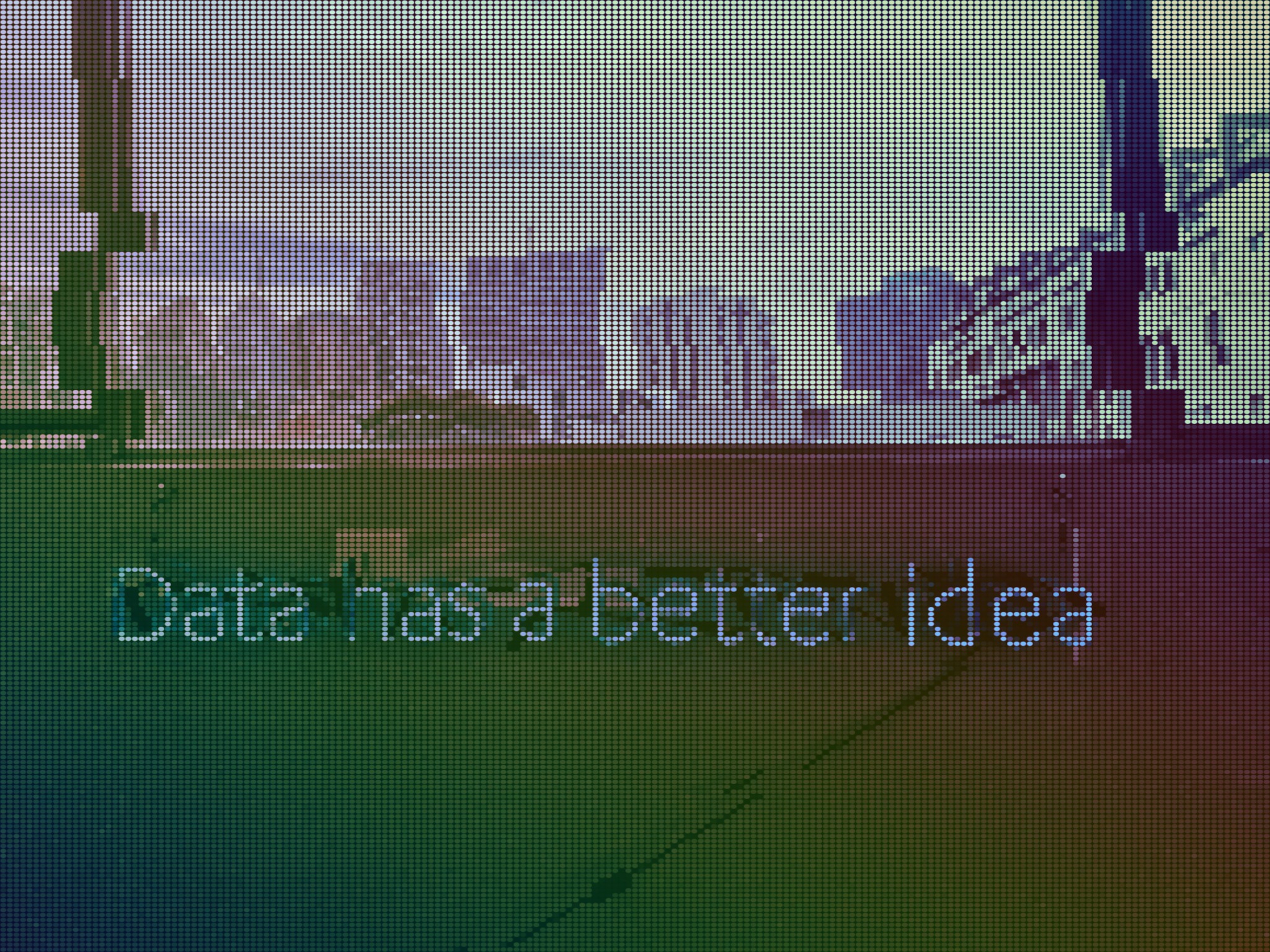 The current blockchain world is so full of crazy ups and downs, it’s easy to become so focused on the short term that one loses track of the big picture. But it’s important to fight this tendency – because the big picture is awfully big.

Revolutionizing finance, the aspect of blockchain’s future that gets the most attention, is only a part of the story. Blockchain will be a central part of the future of technology and humanity in a very broad sense.

As we move toward what Ray Kurzweil has called the “technological singularity,” in which AIs exceed humans in general intelligence and radically alter every aspect of life on Earth, it is increasingly clear that blockchain will be a critical part of the story. And just as the singularity may unfold with various levels of benefit or destruction, so the role of blockchain may come out positive or negative for humanity.

Ben Goertzel is founder and CEO of SingularityNET, a blockchain-based AI marketplace project. This article is a part of the Internet 2030 series, a look at the future of the internet and our digital lives.

It is clear to any rational observer that our current social order – with its rapid growth, exaltation of self-disruption and rampant environmental un-sustainability –  is transitional and highly temporary in nature. But it’s hard to say what will come next! At least three options seem reasonably plausible to me: Corporate Techno-Fascism, Decentralized-Digital-Democracy (DDD) and … Human-Free.

Will we see a dark future of corporate-totalitarian hegemony, a democratic, decentralized future of diverse flourishing creativity – or a future in which advanced artificial general intelligence (AGI) tech leaves biological humanity entirely by the wayside?

In any of these scenarios, blockchain technology or its direct descendants will play a critical and distinctive role. But the role will be rather different in each case. Further, the ways in which blockchain technology is developed right now will be part of the nexus of factors influencing what sort of outcome eventuates for humanity generally.

What we are seeing in the global economy right now might be characterized as a bear market for humans. AI and automation are booming, and AI-fueled big tech companies are seeing their market caps soar. Businesses highly dependent on human labor are generally suffering, and often are reorganizing to reduce this reliance. Despite buoyant stock markets and financial innovations like DeFi, wealth and income inequality are increasing. Displaced workers newly joining the unemployment rolls seem likely to stay there long-term.

This is a bear market for the less educated socioeconomic strata of humans. It will only get worse. As AI advances, the threshold level of education required to compete with mechanical tools and systems will keep rising.

One potential endgame of the current direction of technological and economic development will be a world divided into: A lot of AIs, a small number of humans owning the companies that own these AIs, a small number of highly educated and specially trained humans doing the few things AIs aren’t great at yet and a whole lot of people with no particular role to play in the economy.

It’s true that new technologies both obsolete old jobs and create new ones. But the overall pattern is clear. On the whole, the new jobs created will be more exacting in educational requirements and fewer in number. Self-driving trucks will replace human truck drivers, while creating more opportunities for developers of automated navigation algorithms and designers of robots that repair robo-trucks.

It’s not inconceivable that, in a future where most people are economically useless to the few who own the means of automated production, these unproductive masses are left to die off. Perhaps there will be a reversion to some form of old-style subsistence farming in the sprawling rubble outside the gated robo-factories.

What we are seeing in the global economy right now might be characterized as a bear market for humans.

It’s also possible that “compassion” will prevail and the masses will be allowed to survive in a carefully controlled way. In this sort of scenario, blockchain will be highly valuable to the hegemons. (Think of the Chinese government’s blockchain surveillance strategy rather than the anarcho-libertarian visions of the early Bitcoin and Ethereum communities.)

Blockchain provides an extraordinarily good tool for maintaining centralized control in a large, complex network, like a global, corporate, techno-fascist social order.  It provides unparalleled capability for top-level leaders to make sure that none of their underlings on any level are corrupt, and keeps detailed, real-time records on every member of the society they rule over.

As the percentage of economically irrelevant humans increases, blockchain provides a perfect tool for governments and corporations to keep chaos from breaking out via carefully tracking flows of money and information, and making sure that media misinformation is intelligently enough placed to keep the population’s mind filled with compliance-inducing narratives.

But it’s also quite thinkable the size of the elite group of humans controlling the automated means of production fairly rapidly shrinks to zero. Corporate and military leaders will always prefer AI systems that combine creative and ambitious general intelligence with obedience and lack of initiative – but this combination may prove as elusive in AGIs as in humans.

There is a scenario where blockchain technology plays an extremely critical role in the future economy by serving as part of the underpinning of the AGI minds that are humanity’s successors. No doubt future AGIs will come up with algorithms and structures far more sophisticated than anything we can imagine today, but there will likely be a strong ongoing role for the core principles of mathematically guaranteed security coupled with decentralized consensus in distributed systems.

The role of blockchain may indeed be much stronger if the future turns out human-free. The minds replacing humans will probably be secure digital decentralized systems with blockchains integrated into their core code.

While dark potentials inarguably lurk on the horizon, more beneficial outcomes also remain firmly within reach. It may well happen that the breakthroughs to human-level and superhuman AGI occur in the domain of open-source hackers and decentralized networks rather than corporate or government labs.

This is what SingularityNET, Ocean Protocol and the dozens of other projects in the Decentralized AI Alliance are working toward. There are major challenges, both on the technology side and regarding regulatory issues and market-dynamics, but nothing that can’t be surmounted with a lot of will, brilliance and a bit of luck.

It is eminently possible to foresee a world in which AGI emerges from decentralized networks controlled by diverse parties, in which various forms of human and cyborg AI interconnect flexibly with various forms of digital and quantum AGI. Perhaps the overall network is controlled and regulated in a heterarchical and open-ended manner rather than controlled by a small number of elite humans or elite computational processes.

In such a world, multiple sorts of value will be respected, quantified with a variety of smart contracts going far beyond the money-like tokens dominating the blockchain world today. The rich aesthetic, social, spiritual and imaginative value of humans, other animals, plants and new forms of self-organizing living systems will be supported and woven together with advanced digital and quantum technologies, without pressure to reduce the value of an entity to the degree of its participation in efficient processes of material production.

Looking closely at the relation between the future of blockchain and the future of humanity, one becomes convinced that the former is much more firmly assured. Yet I remain highly optimistic: There seems a very palpable possibility that we can navigate through the challenges ahead and craft a democratic decentralized future, leveraging the best of humanity and the best of our advanced technologies including blockchain and AI.

Every one of us, as we live and act in the world, is helping to birth the future — to bias and guide the self-organizing processes via which today’s world morphs into the radically different society we’ll see tomorrow. Those of us who are writing the code underlying today’s blockchain and AI systems, or supporting the projects writing the code, are not the only ones writing the future, but we are definitely a substantial part of the mix. 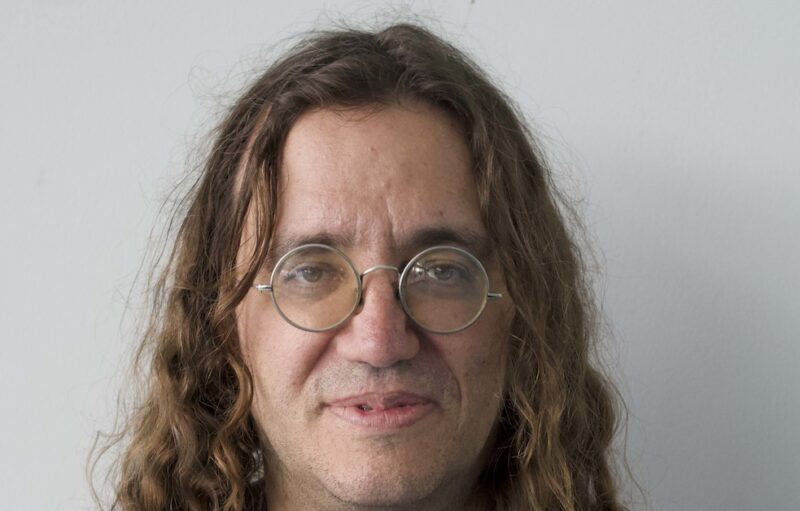 Ben Goertzel: Lessons in Failing to Apply Blockchain and AI to Combat COVID