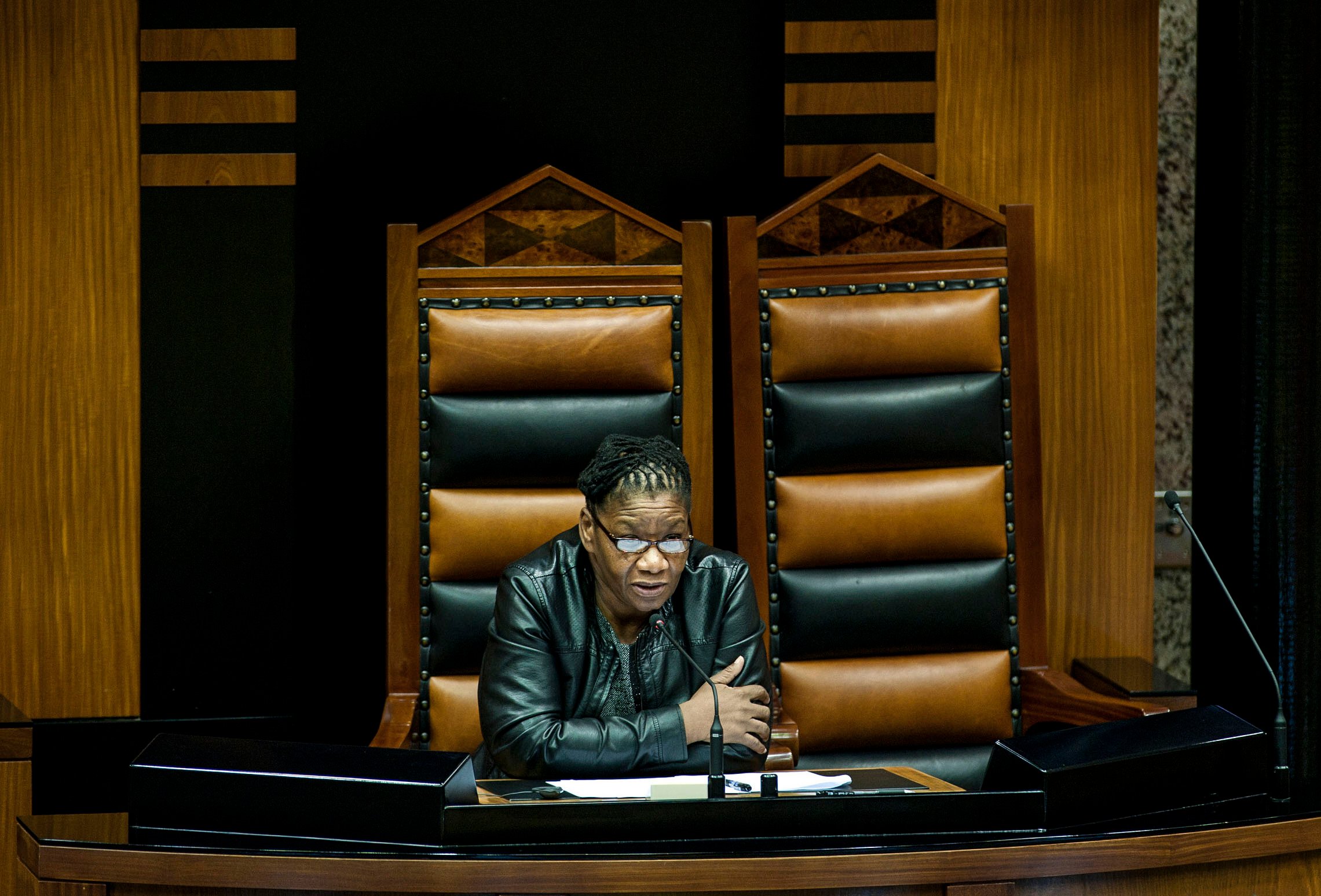 The Western Cape high court on Friday dismissed an application by the opposition African Transformation Movement (ATM) to force Speaker Thandi Modise to call a secret ballot on the first motion of no confidence against President Cyril Ramaphosa.

In a matter that has gone on for more than a year, in part because of the Covid-19 pandemic, the court found that Modise’s decision not to allow the ATM’s request was unimpeachable.

The ATM brought the motion against Ramaphosa in February last year.

It did so on the basis that it believes he has misled Parliament on load-shedding, mismanaged the economy and allowed corruption, unemployment and the waste of state resources at parastatals to escalate on his watch.

It then demanded an open ballot, arguing that ANC MPs would be constrained to desert their conscience and their democratic duty to hold the president to account because a “toxic” atmosphere prevailed in Parliament.

ATM’s Vuyolwethu Zungula said governing party lawmakers would be forced to vote along party lines because some may have benefitted from the CR17 campaign while others may fear losing their livelihoods, especially those who served as ministers. Worse still, some lawmakers may risk losing their lives to “political vigilantism” if they defied their whip.

The party has only two MPs.

A court defeat for Modise may have signalled more trouble for the president as factional battles in the ruling party come to a head.

However, the court rejected the ATM’s argument that Modise had failed to apply her mind when she dismissed the request for a secret ballot on the basis that the reasons advanced by the party were too vague.

She said the ATM had advanced no concrete proof to support its claim that an open ballot would mean ruling party MPs could not follow their conscience.

Zungula pressed her to review her decision in November last year, but Modise said all considered, she saw no reason to do so.

Judge James Lukheleni said the courts must guard against judicial overreach in cases such as these and could only interfere if the speaker had exercised her power frivolously or unfairly or failed to apply her mind before coming to a decision.

“In my view, the correspondences exchanged between the applicant and the speaker clearly show that the Speaker applied her mind to the reasons placed before her by the applicant.

“The fact that the applicant is dissatisfied with the reasons and the decision of the Speaker, does not render the decision wrongful and is therefore not a ground for the review of her decision.”

He added: “More importantly, the fact that the applicant alleges corruption against the president does not in itself automatically warrant a secret ballot.”

Modise had tried arguing that the high court had no jurisdiction on the matter, as her decision was in effect one of the National Assembly and only the Constitutional Court could determine whether the chamber had fulfilled its obligation to hold the president to account.

Kameel Premhid, for the speaker, submitted that exclusive jurisdiction was triggered by the ATM’s argument that MPs could only vote according to conscience if they were allowed secrecy and that, failing that, Parliament could not carry out its obligation to hold the president to account.

But Anton Katz, for the ATM, argued that the case concerned a decision by the speaker and not the legislature and prevailed on this point.

The court accepted that the ATM’s complaint was procedural in nature. Its case was not that Parliament or the president had failed in a constitutional duty, but merely challenged a decision by the speaker that was part of the means to achieving that end.